Gilis In The Mist

There are a few ways to get to the Gili Islands.

Option 1 is to get a fast speed boat.

Option 2 is to waste a whole day on a slow boat to Lombok before getting a public ferry to one of the Gilis.

Option 3 is to hire a private speed boat and arrive at the island like Simon Cowell would do when arriving at Judge’s Houses, complete with overly dramatic music.

Option 1 was the winner!! Our gruff landlord managed to get us 2 tickets on the Amed Express boat at 9.00am.

Our pickup was shared with a couple of fellow travellers, Able (from New Jersey) and Angela (Berne, Switzerland). Little did we know then, that we would become new friends over the next couple of days. It must have been the sense of surviving the boat crossing that brought us together.

The boat was full and after an hour of faffing we got on the way. For nearly an hour and a half we cut through the waves. There was so much up and down that we developed a strategy of standing up and leaning into our seats to not feel the shockwave of hitting the deck every few minutes.

When we got to the ‘port’ of Gili Air, a small cluttered beach with a shack on it, our last challenge was upon us. To climb around the outside edge of the boat to reach the front steps to the beach. It was a bit like that assault course from Takeshi’s Castle, albeit without the pneumatic punching gloves. 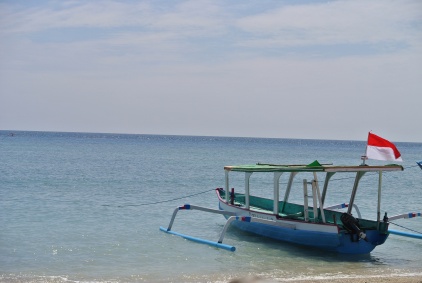 They say fortune favours the prepared, and after stopping at a nearby dive shop to get out our list of places we were given the best advice yet from an English dive instructor. She said “Go West”, and avoid the strip on the island. She also let us leave our bags with her. Able and Angela came with us and we headed off.

Due west it was and after an hour we managed to get a bungalow close to the beach. Its peak season in Indonesia so a lot of places were booked out but we managed to get two different bungalows for decent money. The bungalows were divided up by a coin toss. 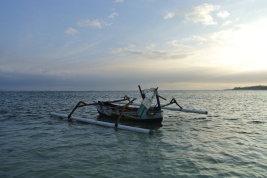 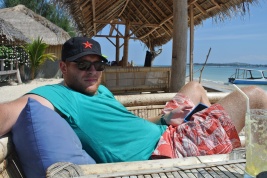 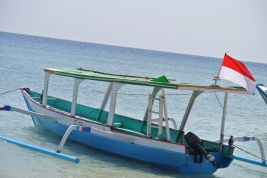 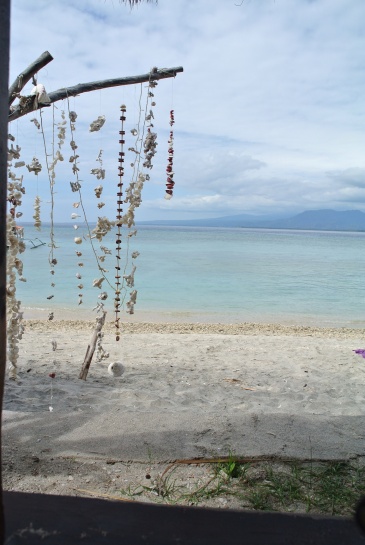 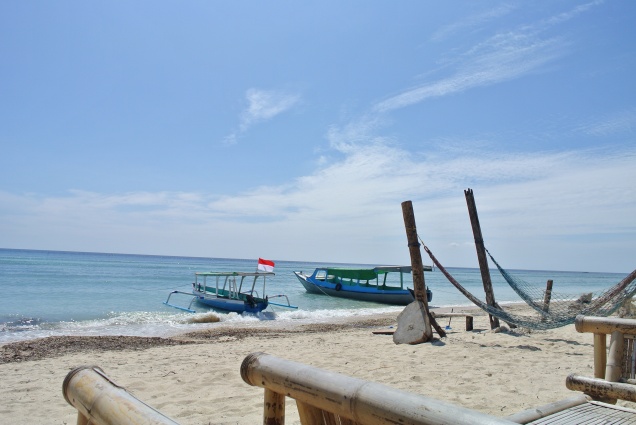 For the next few days we would chat and swap travel stories as well as help each plan a bit of the future parts of the Indonesian trip.

The west part of Gili Air is the best. Not built up and containing a great beach, although full of coral. It also is the prime sunset spot in the region. One strategically taken photograph can get, Lombok, Gili Meno, Gili Trawangan, Mount Agung on Bali and the setting sun in the same frame. We enjoyed several sunsets here while listening to live music at Safari Bar. This spot became our new local. 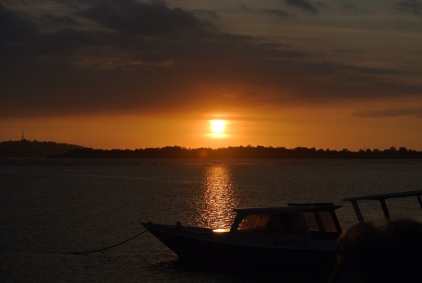 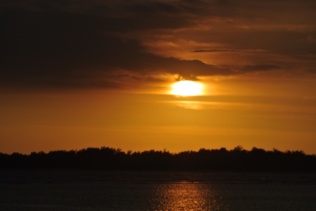 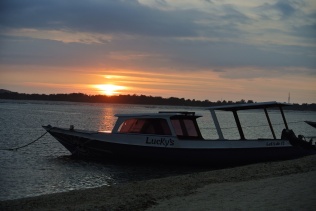 The next few mornings had a routine. After breakfast Karen would go and do yoga and stretch her body while John would go to the Internet Cafe and stretch his mind! It was even too hard for Karen to get lost as there was a treasure trail setup just for her. 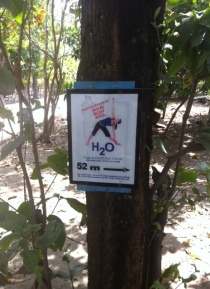 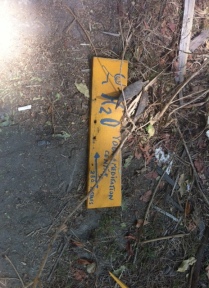 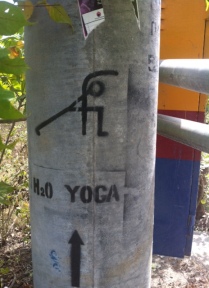 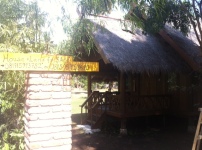 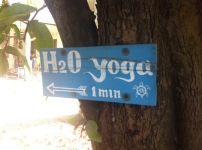 After 5 nights we had circumnavigated the island by foot and by bike and after sampling food and sunsets from each point of the compass we decided to go to another of the Gilis. But which one and would it be good enough?

There is a very cheap inter-island boat service so we sacrificed a day on Gili Air in order to explore Gili Meno, sans luggage, in order to see if it was ‘up our street!’ It was and we made the move across the next day.

Gili Air was fun, it’s hard to imagine that now that it was only in 1984, that the first westerner set foot on the island.There’s a bit of a strip for the holidaymakers and enough of a secluded stretch of island with a light sprinkling of local Warungs for the real travellers. It was a happy medium. Also it was really quiet as there is no traffic or dogs on the island whatsoever. Just watch out for the horses and carts, but more on that later. 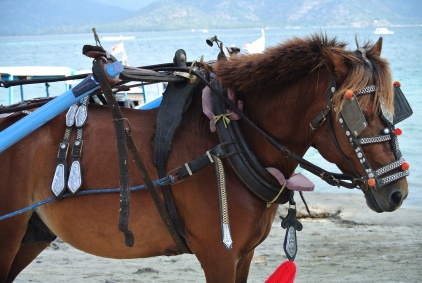 We said goodbye to Gili Air, and Angela and Able as they were really enjoying the island to move.