Fright of the Earls: Kinsale and Charles Fort

At the mouth of the river Bandon is a small town. What began as a viking trading post over time became a small settlement and finally the walled town of Cionn tSaile – ‘Tide Head’ or Kinsale. Normally the rest would be history but not here…

In 1518 Archduke Ferdinand (who would later become Emperor Ferdinand I of Spain) paid an unscheduled visit to Kinsale on his way to Flanders. He was impressed and later provided arms and support to the Gaelic Chieftains in their fight against the encroaching English. This agreement continued under Phillip II and in 1601 the last of the Spanish Armadas directed against the English Crown landed in Kinsale – 33 Ships carrying 4,000 Spanish Soldiers under General Juan Del Aguila y Arrelano in order to link with their Irish allies.

They took the English completely by surprise that it took over 100 days to rout them from the town and surrounding forts, that and the remarkable prowess of the Spanish troops as evidenced in actions such as the defence of James Fort – where 33 men and 1 boy held out against 10,000 English soldiers for 4 days.

The decision to land in the South of the island or Eire and the following actions by the Northern Gaelic Princes led to the disastrous Battle of Kinsale (1601) in which the Irish forces under princes Hugh Roe O’Donnell and Hugh O’Neill were routed by forces under the command of Baron Mountjoy and the Spanish garrison who had held Kinsale for 100 days were forced to seek terms of surrender. Had they waited 2 days more that might have changed as reinforcements had arrived from Spain just a little too late. 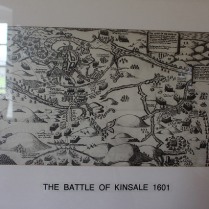 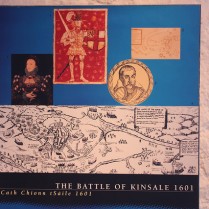 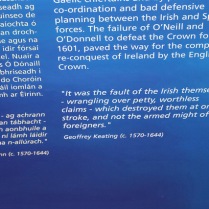 The outcome marked the start of the decline of Spain and their dominance in the New World. This gambit to lure British forces away from action in the colony of the Netherlands would hasten the latter’s independence in 1648. For the ‘home team’ it led to the Flight of the Earls and the decline in the Gaelic way of life as the Ulster and Munster plantations took place.  It also led to an increase in Irishmen fighting in European armies and it from this that the ‘Wild Geese’ were born. And all on my doorstep #MindBlown

For Kinsale it led to the immediate construction of James Fort to protect the harbour and the reconstruction of the surrounding economy after British scorched earth tactics during the siege.

Kinsale’s days as a center for military naval activity declined in 1805 when the Royal Navy moved a lot of its installations up to Cork Harbour during the Napoleonic Wars and the last major event of that nature was when the RMS Lusitania was sunk nearby during World War I and an inquest was held in the town’s courthouse.

Since then it has slowly become the yachtie-foodie-touristie town it is today. Winding streets overflow with cafes, restaurants, trendy art galleries and  Bohemian book shops. The buildings themselves are a kaleidoscope of colour and apart from the sprawling nature of it’s layout and the average temperature you could be in Cape Town’s Bo Kaap district without that big a leap of imagination. 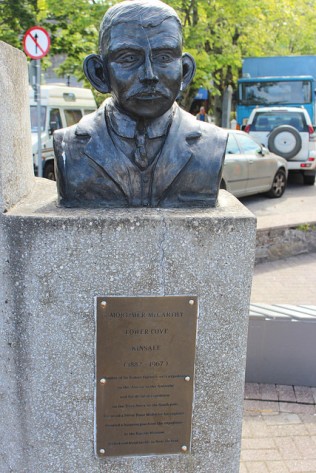 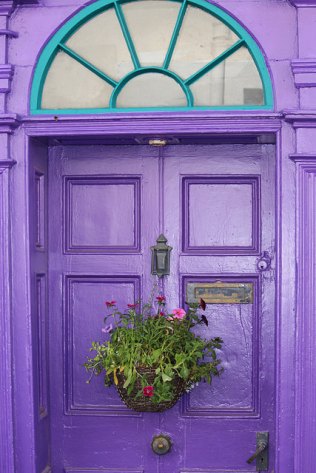 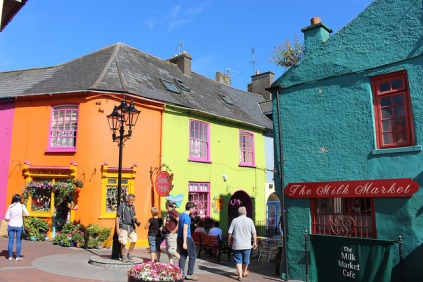 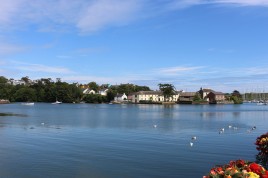 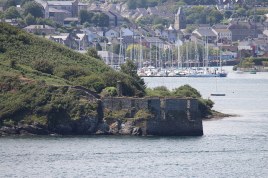 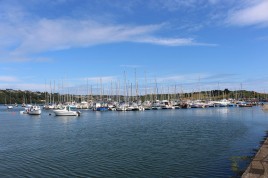 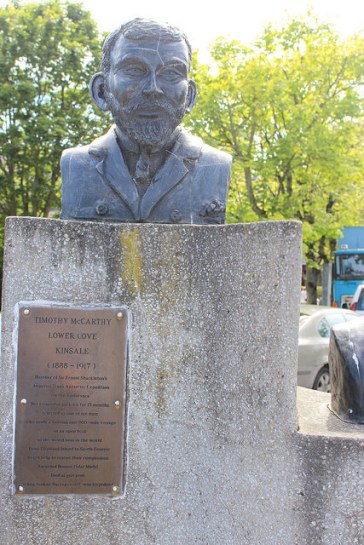 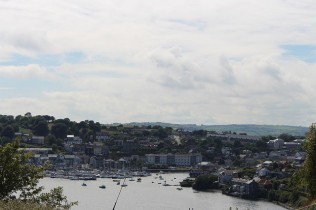 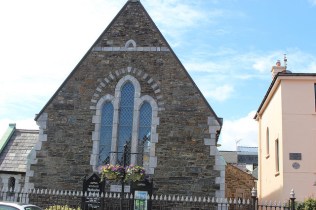 So these days Kinsale is famous for it’s regattas, the Annual Rugby 7s tournament and gourmet food thanks to the past residency of Chef Keith Floyd. For the Rose Family it’s an occasional Saturday drive for an ice-cream and a wander around the town and nearby fort.

The Spanish link did not end with the Armada and battle in 1601. It was one of the harbours from which the Irish set sail to take part in the Camino in Santiago. Street names like the Spanish Walk and businesses such as The Spaniard Inn in nearby Scilly keep that Iberian presence going .In addition every summer Kinsale, and Cork more generally, receive thousands of Spanish students who attend summer schools across the county.

Near the Kinsale Yacht Club is a new installation – a sign. This marks the beginning of the Great Atlantic Way 2,500km of Irish coast all combined into one package to explore. 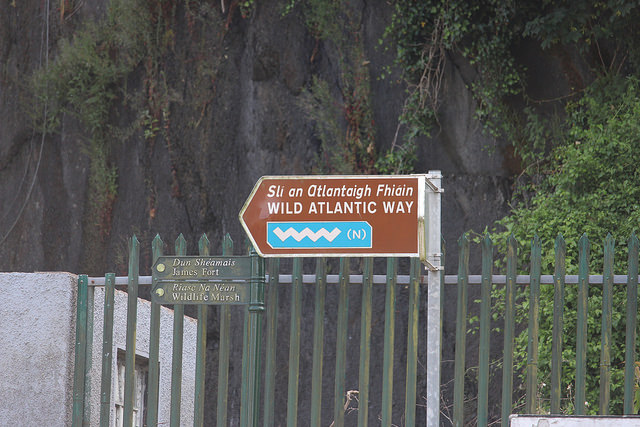 In 1649 at St Multose Church in Kinsale  had the honour of being the anointed place where Charles II was declared King of England, Scotland and Ireland. after news of his father’s death at the hands of Oliver Cromwell. In 1677 after the restoration of the monarchy construction began on a new fort to guard the cove and strategic town of Kinsale against Spanish or French invasion. The fort was completed in 1682 and spent it’s early days being referred to as the “new fort” compared to James’ Fort (the old fort). 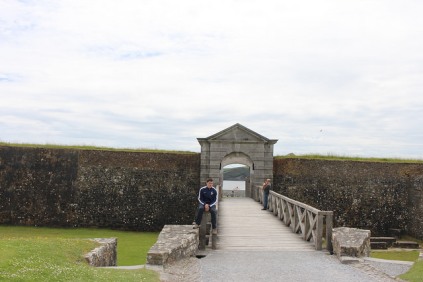 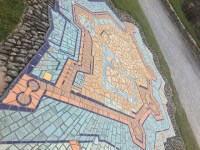 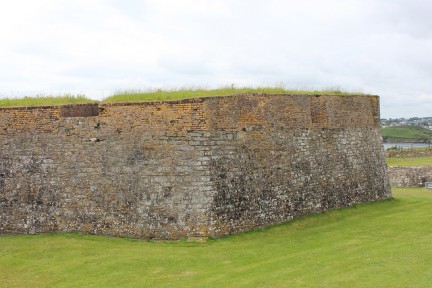 It is of the Star Fort design – to repel cannon fire and provide cover from other walls of the for and guards the entrance to Kinsale Harbour. Built to protect from the seaward side against possible Spanish or French naval landings. An underwater chain used to link Charles Fort to James Fort on the other side of the cove. This was designed to scuttle ships and is similar to the one we saw in the Defence of Darwin Museum.

With seaward defence as the priority it created a fatal weakness in the fort’s placement. Behind it, in land is much higher ground and this left it vulnerable to an attack from that quarter. In fact during the Williamite War in 1690 John Churchill, 1st Duke Marlborough besieged Cork and captured Charles Fort, James Fort and the nearby town of Kinsale with such an attack.

Inside there is a number of distinguishing features – a lighthouse built in the 17th century and the development of internal citadel defences  in the 18th and 19th centuries as well as stables, and the usual buildings such as an Officer’s House (which is now an exhibition center). The Governor’s House in the lower ramparts is now mostly derelict but before then it was home to 15 Governors of Kinsale starting with General Charles Churchill in 1690. 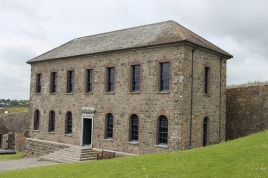 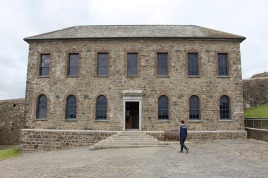 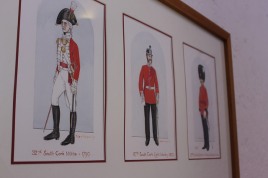 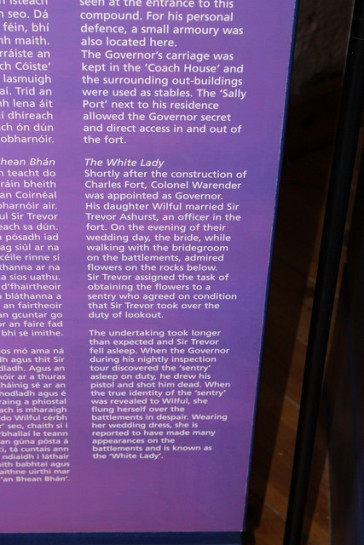 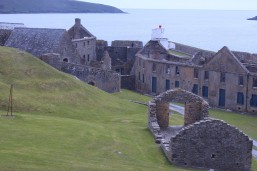 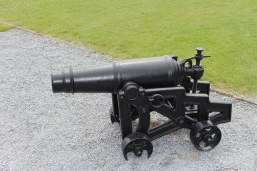 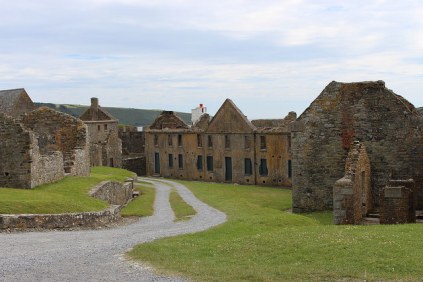 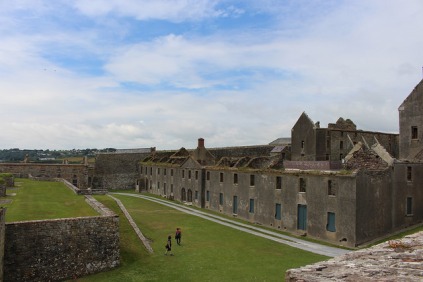 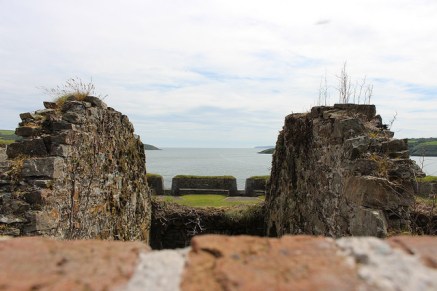 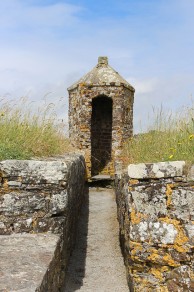 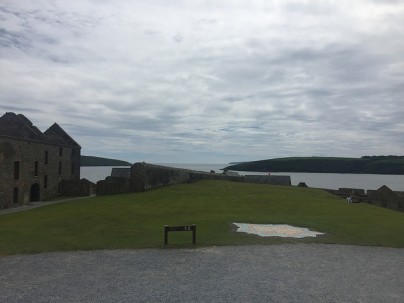 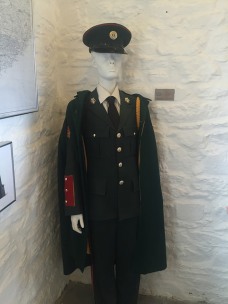 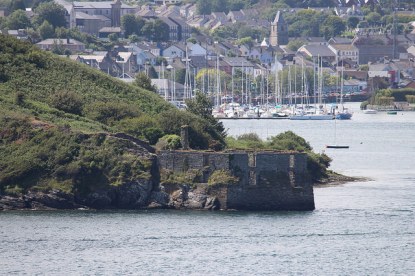 It remained a British Army barracks until 1921 before being burned out by anti-Treaty forces in 1922 and then eventually falling out of use in the mid 20th century.

Since my last visit in the late 2000s it has been taken over by Heritage Ireland and a lot of restoration work has been carried out to turn it into a great place to visit on a sunny day.

Views across the cove are amazing  and you get a great vista of Kinsale Town and it’s fleet of pleasure craft. It’s size and atmosphere make you feel like you are reaching back in history. That and an enjoyable scone and cup of tea from the café.

A grand day out.

← East Side Story
Into the West →