One of the best ways to explore a new city is to join a walking tour. This allows a more up close and personal experience as you traverse the streets and squares and fully immerse yourself in the sights and the sounds. The best walking tours are the Free ones. The guides working for tips and commissions are usually more forthcoming, dramatic and offer a better experience than their fee charging counterparts.

Nielsen Tours offer a set of Free Walking Tours so we set off into the centre of the Cape Town CBD and it’s Greenmarket Square to join one.

Before Britannia ruled the waves another European country controlled the far flung corners of the globe and through one of their companies – regarded as the first major corporation in history – the Dutch East India Company (Vereenigde Oost-Indische Compagnie (VOC)) they introduced changes to the Cape that would have profound changes stretching into the 21st Century.

In 1652 Jan van Riebeeck founded the Cape Colony to re-supply VOC ships on their route from Holland to East Asia. What followed were waves of growth spurts as the original outpost grew and grew. The VOC needed slaves to keep up this growth. Labourers, tailors, skilled workers. So they raided their possessions in South East Asia and sent these slaves to Cape Town.

Afterwards they sent their political dissidents and those opposed to their actions to exile on the Cape.

By the 1830s slavery was abolished and thousands of Cape Malays suddenly found themselves freemen and women. All these new freed people needed to live somewhere. They also needed to form a community to try and preserve their culture, religion and identity. On the eastern slopes of Signal Hill, above the centre of town, they found that and more – known then as the Malay Quarter and these days as Bo-Kaap.

It was a short walk from Greenmarket Square to the outskirts of this district. Our guide Rico was of Cape Malay descent and he began our journey describing some of the above history. He also said we would get a chance to try some local dishes 🙂

Our first stop was at the oldest mosque in South Africa. Constructed in 1794 on land belonging to a freed slave – “Auwal Masjeed” became a centre of excellence for Islam in the region after “Tuan Guru”  the first imam and one of those political prisoners wrote the entire Quaran from memory. (It is still on display here). He created the mosque after relocating to Cape Town following his release from Robben Island. 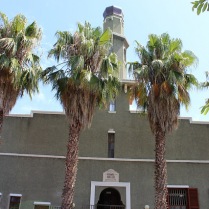 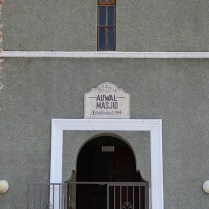 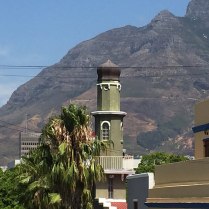 Walking up the hill we started to notice that all the houses were painted in different colours. As we stopped next to a Purple house our guide Rico explained the various mythos behind the colours. Some say that it was this Red house that started it off – the Doctor’s House. Back in the 1800s all of the houses were uniformly painted white. If you needed to find the doctor’s house for an emergency you might confuse it for one of the other hundred grey single story houses. So in a moment of genius the doctor painted his house Purple to help the locals find him. Then with “Keeping Up with the Joneses” the neighbours followed suit. 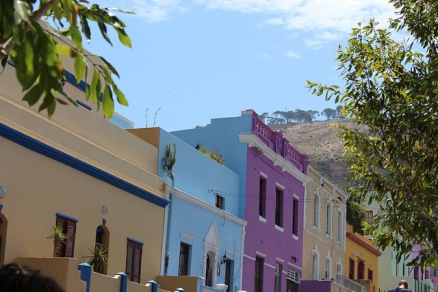 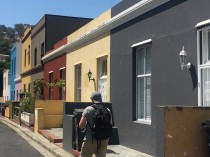 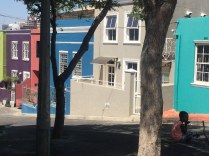 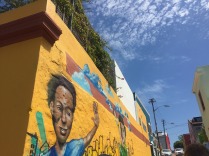 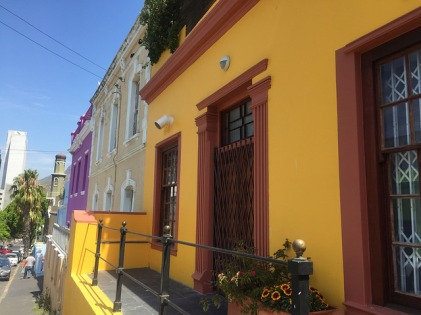 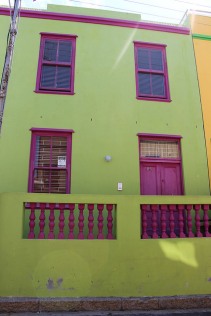 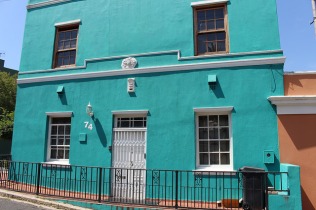 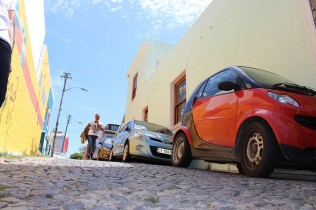 Other say that the painting of the houses is linked to the Muslim festival of Eid. Both stories are plausible and both add to the mystery of this district.

Food was promised and food was delivered. We made a stop at the famous Biesmiellah Restaurant and shop. Here we got to try some Middle Eastern delicacies – dhaljties (chilli bites) and bobotie. Inside the shop screamed ‘Arkwight’s Grocers Shop’ from Open All Hours. 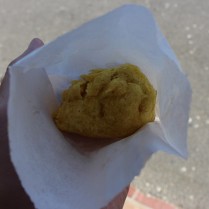 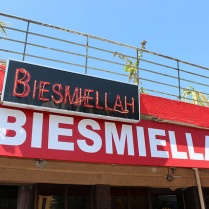 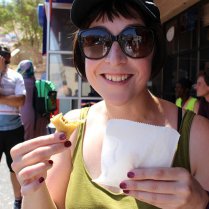 Chiappini off the Old Block

After sampling some of the Cape Malay dishes we finished with the dessert  – a walk down the sumptuous Chiappini Street.  Long and slightly askew, it starts in the heart of Bo Kaap and ends down in De Waterkant (‘The Waterfront’) – we would visit there later on our way to Robben Island. The colours seemed brighter on this street – a trick of the sunlight or a more affluent area? 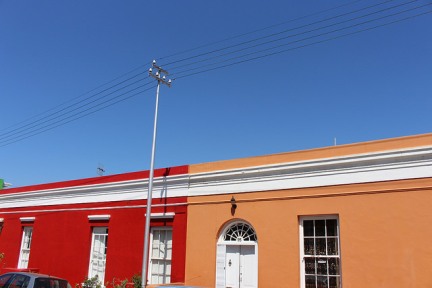 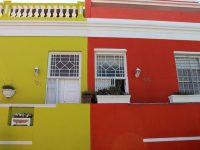 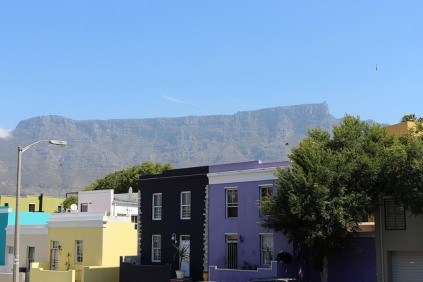 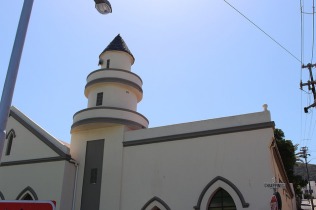 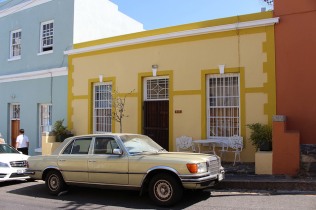 The houses here we constructed around 1820 and it is also here that the other major mosque in Bo Kaap is situated – Masjid Boorhaanol Islam. This is sometimes referred to as the Queen Victoria Mosque as the land was a gift from the British Crown in 1850. 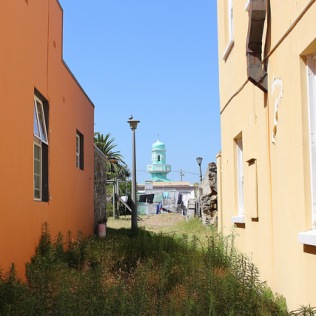 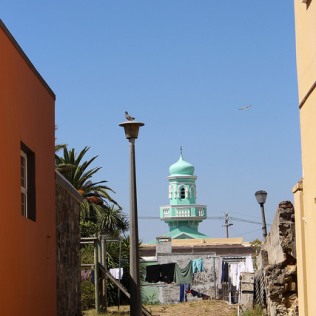 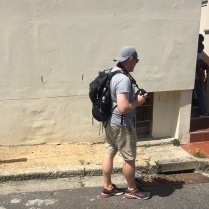 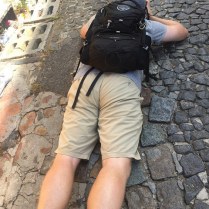 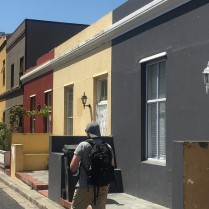 Next Up: “Where the Streets have no Shame” – a historic walking tour uncovering the heroes and villains of Cape Town’s past.

← Table (mountain) for two!
Beyond Good and Evil…The Streets of Cape Town’s Past. →