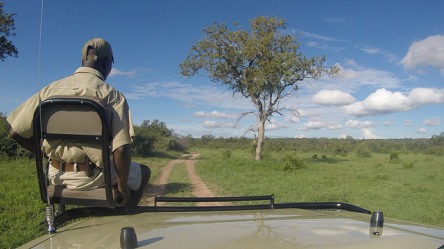 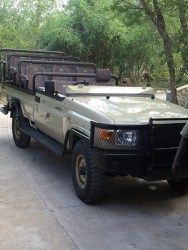 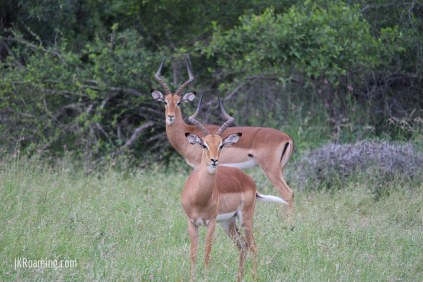 Like that difficult ‘second album’ we were unsure if we could re-create the magic of the day before.

We were so wrong as there was much more to see.

Not content with our sightings of a small pack of lioness’s with cubs on Day 1 we willed our tracker Derrick to find more.We managed to get up close and personal with a number of Male Lions, including a pair or Male and Female lions out in the open. In the Sabi Sands there are two main prides – Styx and Birmingham and these are both of the Transvaal Sub-species. 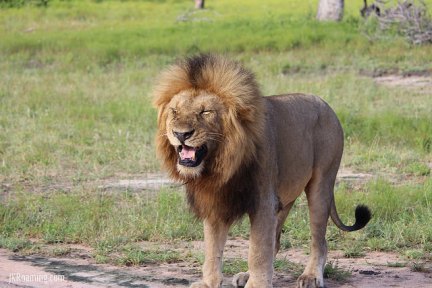 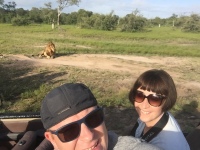 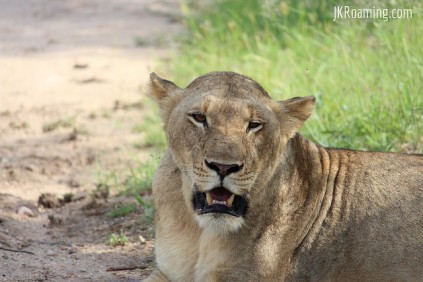 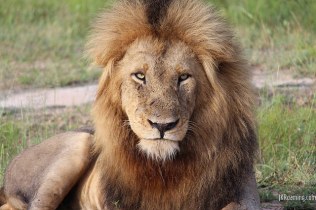 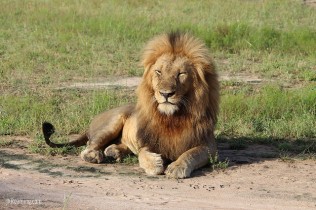 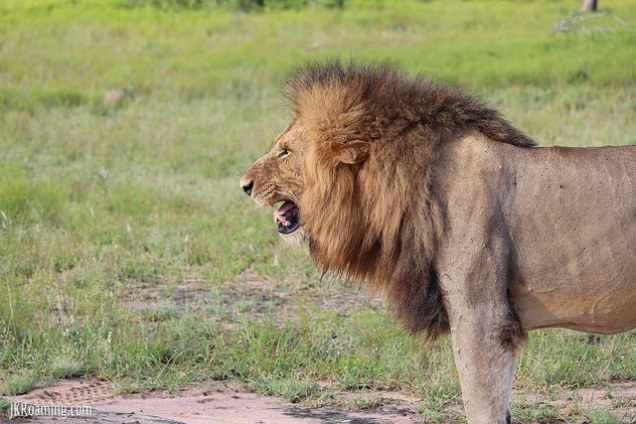 In ancient historic times Lions were so numerous that they were the second most widespread mammal after humans. Today they are classified as Vulnerable to to the decline in natural habitats and a 30-50% decline in populations during the second half of the twentieth century.

When on Safari you start very early at around 5am. A quick cup of coffee and an oat piece and before you know it you are in the jeep. After the first few hours you then stop for a coffee and tea break before heading back to the lodge for breakfast. The morning coffee was always a good break to stretch one’s legs and explore the Sabi Sands on food. 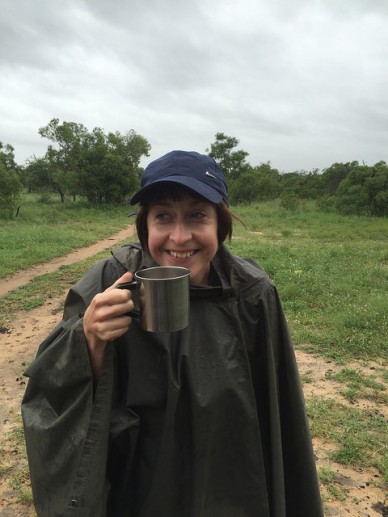 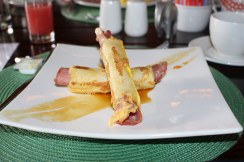 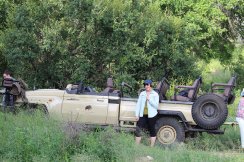 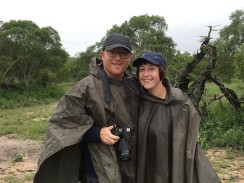 Actually you cannot as Leopards do not have spots! They have tightly packed rosettes. #Difference

They were the hardest to spot of any of the animals and had to be tracked at length due to their solitary nature and their ability to climb trees. Luckily Leopards are notoriously territorial so we had only a small area to search in. Sure enough we found one perched on a tree branch and pulled up to take a look.
Leopards are very strong, very fast (58 kph) and have an amazing ability to leap down from trees onto prey – said our guide as we took stock of our situation – in an open topped jeep underneath a Leopard in a tree. 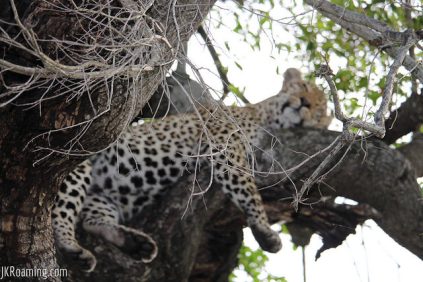 A crazy fact we discovered is that a Black Panther is essentially a melenistic Leopard (or Jaguar) rather than a separate animal species. That means that Bagheera from the Jungle Book was a Leopard!

The African Bush Elephant is the largest and heaviest land mammal on earth with an average size of 3.2 Metres height at the shoulder and a weight of 6 Tonnes. The main difference between African and Asian Elephants that we were used to whilst backpacking is the size of the ears. These act as to radiate excessive heat and of course the presence of tusks! 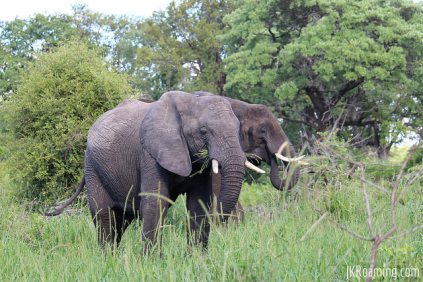 I have heard of Hungry Hippos but Elephants take the biscuit in comparison -> They need to eat around 225Kg of vegetation and drink 190 Litres of Water Daily. When we drove into the Sabi Sands Reserve we saw a lot of knocked over trees. This was the work of the Elephants in desperate search for water in the heat wave that proceeded our arrival to South Africa. (They were trying to get to the moist roots of the trees.)

After a long day in the Sabi Sands we would have sunset drinks in the wild before retiring back for a pretty impressive dinner back at Elephant Plains Lodge.

We won’t forget those sunsets in a hurry. 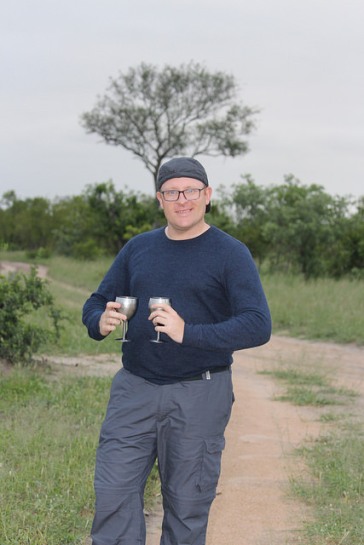 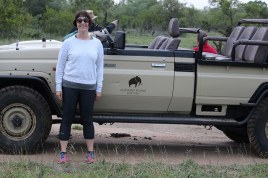 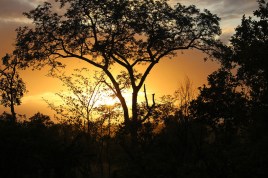 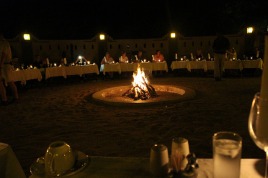 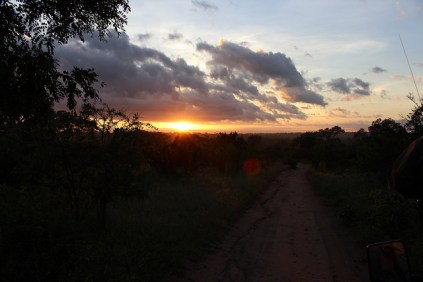 Best of the Rest

With over 50 Animal sightings in a few days here is a sample of what else was on offer. 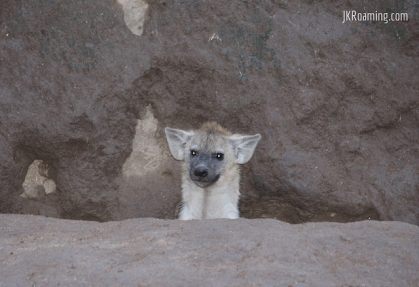 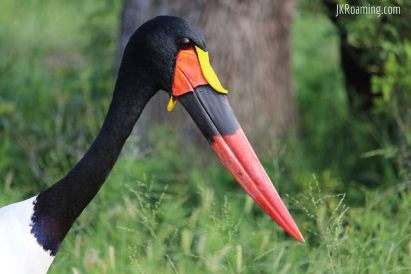 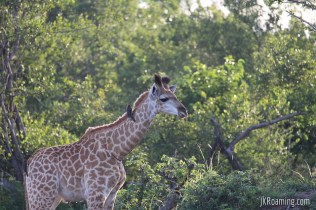 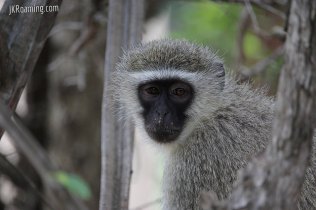 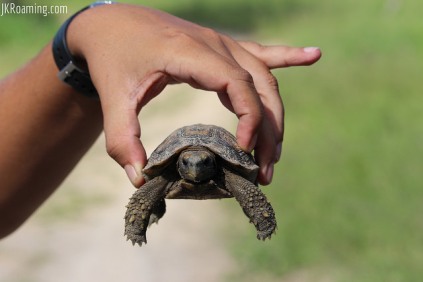 With heavier hearts than we had arrived with (but lighter bags due to the use of insect repellent!),  we had to say goodbye and get back on a plane.

Our destination would be back to the Cape and to start our Road Trip on the Garden Route. We only had a few days to fall in love with the Kruger National Park but that was all we needed. This was a very special place full of interesting and wonderful people.

Neil,Derrick,Remember,Victor (the barman) and everyone else at the Lodge were friendly, warm and each had their favorite animal. We spent mornings and afternoon drives not only being visually stunned by the scenery and animals but being enriched by stories and inquires from our fellow explorers – the young German couple whose travel agent had recommended they drive to the park. Hopefully they made it to the Kingdom of Swaziland (their next stop). The Swedes from high up in the Arctic – they lived to tell the tale especially after the fearsome encounter with the lions.  Finally we had our new pal Lionel – the very definition of ‘Boer’ who spoke at great lengths on many subjects and treated us to a rare rendition of Robert Burn’s Tam O Shanter.

We previously mentioned that we had completed the Big 5 but you will notice that only 4 of them have featured in our two blog posts. The final member of the quintet is the White Rhino. Unfortunately we live in a mean and capricious world. A world where these creatures of beauty are hunted and killed for little more than profit and superstition.

When we saw one we were nearly moved to tears at the wonder of it.

By not sharing those photos on this blog we are helping in the fight against poaching by not allowing the Geotagging information on our pictures to be used to track and hunt them down.

So instead we give you pictures of two of the most famous Rhinos – Rocksteady and Rhino (Marvel) along with the logo and link to Save The Rhino Website. 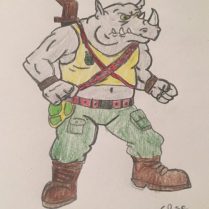 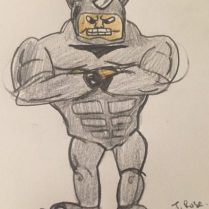 ← Three Days of the Kruger!
In the French Corner… →