In the French Corner…

After a great few days in the Sabi Sands part of the Kruger National Park we got on another flight back to Cape Town International Airport. Landing at 4pm we quickly got our luggage and picked our rental car and it was on the road we went. A short 45 minute drive later and we had climbed the part of the way up the Jonkershoek Mountains and arrived at our new guesthouse in the Franschhoek Valley – in the heart of the Cape Winelands.

As we entered the small town we were greeted with a ‘Hollywood’ type sign on the mountains – at least we knew we were not lost.

Franschhoek (‘French Corner’) is home to good food, excellent wine and large farms and boasts a number of the top 10 restaurants in South Africa. It was founded by French Huguenot settlers in 1688, presumably the cousins of those that made it to Cork City at the same time – fleeing the Inquisition in Europe. (The Edict of Nantes (1598) that granted religious freedom to France’s Protestants was revoked in 1685.)

It is one of the oldest town’s in South Africa being founded just after the nearby city of Stellenbosch.

Everything has a french connotation from street names to restaurants.It started with those original Huguenot settlers naming their farms La Motte, Cabriere, La Provence et al and whilst most of the French speakers have since moved on or converted to conversing in Afrikaans over the centuries – many of the original Cape Dutch Farm Houses remain intact today.

After checking into our accommodation and with the sun setting fast we got dressed up for dinner ad headed out to the nearby Haute Cabriere Estate -> another recommendation. This winery was not far away and as we had to climb the slopes of the mountains to get there it offered amazing views down into the valley. The restaurant itself being carved into the hillside and the entrance was almost a homage to Bag End in The Shire. 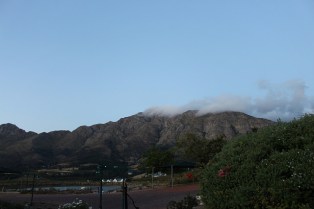 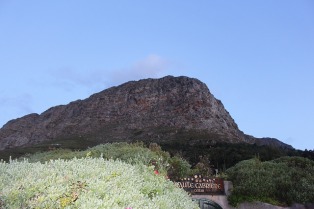 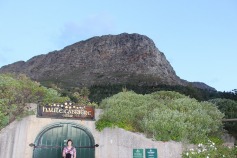 Inside the ambience was dark with the occasional candlelight to enhance the stonework of the walls and massive fireplaces. On the wall were large sabres (swords) which are used to crack open bottles of champagne. We had an excellent meal and our first taste of the local vintage to wash it down with. It was all very French. At one point we expected a fat and thin pair of waiters to burst out of the kitchen and serenade us with violin and accordion. (John would have been the Tramp in this scenario!)

The highlight of the meal was the desserts!!

The next morning we had a leisurely breakfast and did a few laps in the pool before heading out for a full day’s adventure. 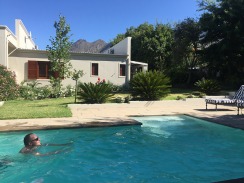 We discovered that Franschhoek operates a Wine Tram. We say ‘tram’ but it was more like a centaur being half tram and half tractor bus. Alas we did not have time to use it as we had our own agenda for winery hopping but we did get to see it action and get a few photos of the amazing looking 19th Century Brill Tram (the tram part).

Our first stop that day was to a winery called Rickety Bridge. Founded in 1797 the entrance and drive up to this estate was pretty spectacular especially on that sunny morning. The sandy dirt track ends at the footsteps of one of those amazing Cape Dutch Manor houses that on the subtle slope commands an amazing view of rows upon rows of grapevines were flanked by an unwavering line of trees. 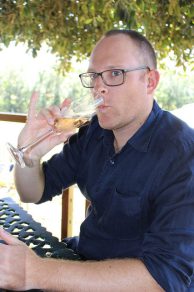 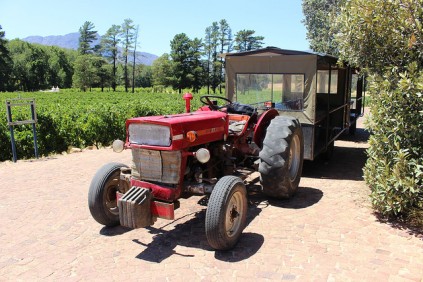 We had a tasting out on the verandah, the not so gentle breeze playing havoc with the assortment of glasses. The Verdelho was quite good with a pineapple aroma and the reds were something special. Every one of them had a smokey quality- like the grapes had been given a final request of a Montecristo Cigar to puff on before being plucked from the vines. A good start to the day.

If we were to do a day of wine tasting we would need some ‘soakage’.With such a rich field of fine dining restaurants to choose from it was going to take something special to grab our attention for lunch. A combination of two recommendations sealed the deal – “Best food ever” and “feels like a Bond Villain’s lair” .We were hooked. It was also a chance to check out the neighbour  – Stellenbosch.

Stellenbosch is another of the Cape Wineland towns and is the second oldest settlement in the province after Cape Town. It became known as the City of Oaks after it’s founder, then Cape Colony Governor,Simon van der Stel planted hundreds of Oak Trees to make the town look pretty. Thanks to the efforts of those early Huguenot Settlers Stellenbosch has become the centre of the South African Wine Industry.

Nestled on the crest of the Helshoogte Pass this winery had everything. An amazing restaurant, full blown tasting room, commanding views over False Bay and Table Mountain, funky art and a sleek design and decor.  It also passed the James Bond test  –  even the most restricted of imaginations could replace the viticulture vats with some deadly toxin being concocted by Ernst Stavro Blofeld and his SPECTRE minions, the helicopter pad outside teeming with armed guards.

We had one of the best meals of our lives here, overlooking the rolling hills and sitted in a modern sleek room comprised of glass, steel and stone. 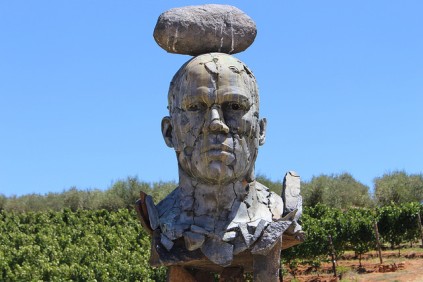 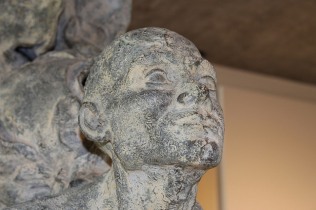 Afterwards we did a wine tasting working our way through the premium wines and finishing with a brandy.

We headed back to Franschhoek and with the clock striking 4pm decided on one last stop before heading back to our B&B. Leaping Leopard had a big Cellar Door building comprising of kitchen workshops, a restaurant, bar and all manner of shops. In 2011 the Rupert family took the decision to branch out into complimentary disciplines – cooking and conservation being the two main ones. Working with the Leopard Care Trust they have adopted 6 of the highly endangered Cape Mountain Leopards. 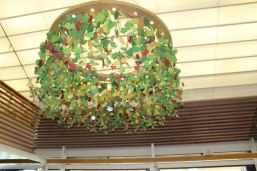 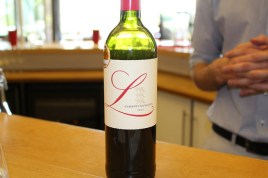 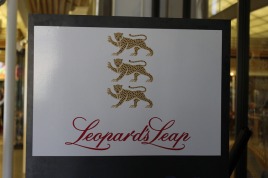 For the equivalent price of a coffee in Sydney we had a number of tastings, discovered that the wine was available for sale in Dan Murphy’s in Australia and got a crash course in South African wine making from the very friendly chap behind the counter. With Tokara it was all about the Reds – here the White Wine was the best and at $5 a bottle we bought a couple for the rest of the road trip. 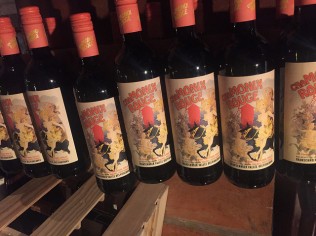 That night we had a small bite to eat just up the hill at a small bistro called Racine (part of winery Chamonix). This restaurant was owned and run by celbrity chef Reuben Riffel. We walked the kilometre distance up the hill to get some good sunset photos.

Franschhoek is a great little spot. Food,wine and nature combining to give a great experience. Less than 40 mins drive from Cape Town Airport and very close to the rest of the Garden Route.

The Wine tastings were very generous and very cheap compared to Australia which is very generous to begin with. Angela and Gerry Finn would absolute love it here.

We enjoyed our 2 days here – allowing us to take a deep breath in between the Kruger safari and a 4 day road trip on the Garden Route – starting with a crazy day down to the Cape of Good Hope.