Quick Karen.. to the Batu Cave!

On our last trip to Kuala Lumpur we ran out of time before we could see the Batu Caves. Being back here meant we would get a second bite of the cherry.

Located 13km north of the city, this is a very important outpost of Indian culture in the eastern peninsula of Malaysia. Hindus have used these caves since 1878 for worship at the temples located here.

To get here we needed a monorail and a train (and lots of walking in between!). 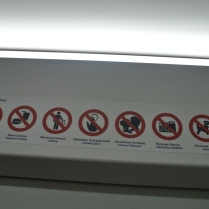 Dos and Donts on the KL Train Network

We started in the Villa Cave which contained hundreds of painted statues depicting scenes from Indian folklore.The cave is still being excavated so this looks like a work in progress near the end of it. 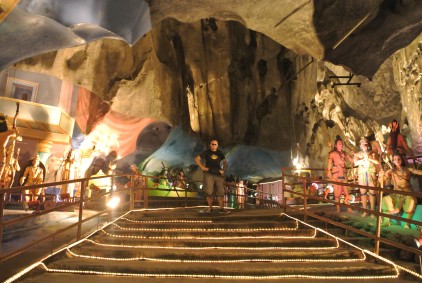 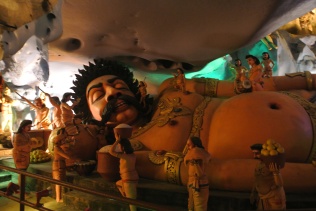 The outside is guarded by a huge green giant of a statue and another …. atop a chariot drawn by black horses.

After this we walked around to the much larger Temple Cave. While we walked we started to notice a visible increase in the number of monkeys (long-tailed macaques) milling about. But we were not prepared for what happened next…

To reach the temple, one must navigate 272 steps. As we climbed, hundreds of monkeys came out of the surrounding trees and started hassling everyone. Now these are not your cute ‘Curious George’ type monkeys but your angry glaring attack monkeys (like the flying ones from the Wizard of Oz!) 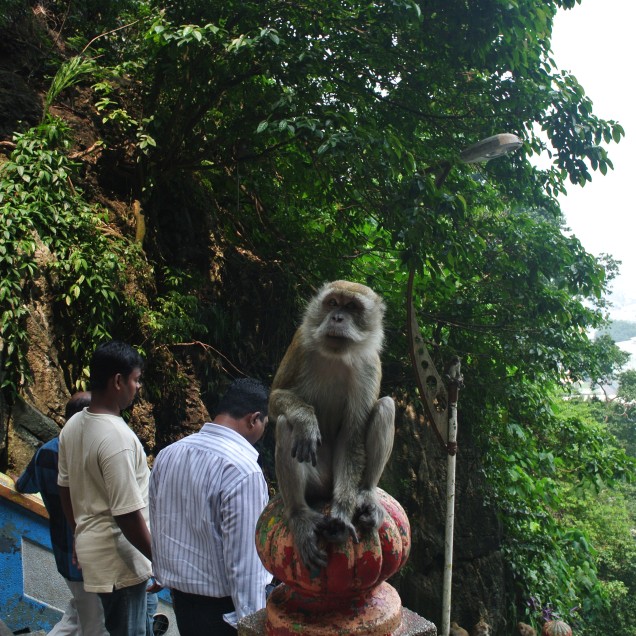 You talking to me?

My back is killing me

But we made it to the top unmolested (phew!). Inside is a huge place with an open air cavern at the end. There is a Hindu shrine at the back that is the focus of over 1 million pilgrims during Thaipusam (Jan/Feb).
The temple is also guarded by the highest Murga Statue in the world (43m high), which took 300 litres of Gold paint to cover. 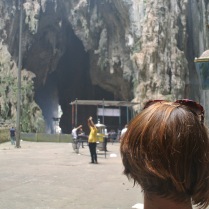 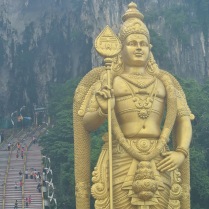 On our return descent some stupid women was carrying a Burger King takeout and was attacked by the monkeys just as we were passing her…he swooped down and grabbed the bag…she fought back…it started to try and bite her…then he glared right in my face and threatened me!

At this point Karen had ran back up the stairs!!!

Drama over we got back to KL, where we got some quick lunch before we had to divide in two for an afternoon in town…