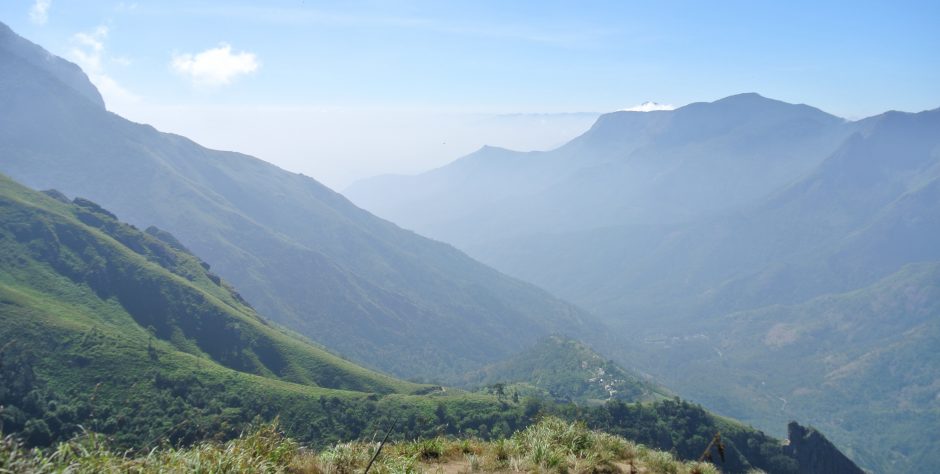 Back in KL after the caves we went for some Teppanyaki in FoodRepublic which was quite surprisingly tasty! 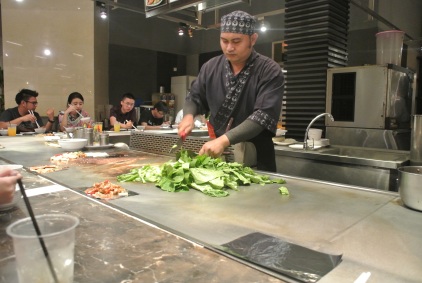 After that found a pharmacy that sold Malarone – The Anti Malarial drug that doesn’t give you nightmares or sunburn. Expensive but necessary for the month in Indonesia. We had been trying all day but the lack of a prescription was holding us back. We were ready for one more try

Huzzah, for some reason Guardian pharmacy don’t need a doctors note. The lady at the pharmacy was nice and after only being able to give us 2 boxes (we needed 6!) mentioned that there was another branch nearby.

John:
Walking to the next mall John entered the pharmacy and was behind the tallest Dutchman he had ever seen, in the queue. When he told the pharmacist that he wanted Malarone but the pharmacist had none, the Dutch guy rounded on him and said…

“Big guy like you, why you need tablets for the Mosquitos.. I have never needed them!”

“You see…”, John responded ” …I hear you bro but I am travelling with my fiancée (still a bit weird saying that!), and she…”

“Women know best, try other pharmacy!” And he pointed deeper into the mall.

Meanwhile in the salon, Karen was shown her seat and offered tea to drink. Just as she took her 1st sip, a ‘Gok Wan’ look alike appeared to introduce himself as her stylist. He was quick to criticise her dry sun-damaged hair, demanding it was cleansed before he started his work…the junior stylist appeared to analyse her scalp.Using an electronic magnifier- Karen began to panic, had they found nits?

John:
This place is like a Labryinth! Shops everywhere,ah there it is. Tucked in the corner of the basement of the mall was a branch of Guardian pharmacy. Another two Boxes acquired… Starting to feel like the Legend of Zelda this. Walking back out towards the exit John manages to change the last Chinese Yuan we had into Malaysian Ringitts for XE.com rates, double result!

Karen:
Karen is sitting very anxious awaiting the results… An oily scalp and dry hair with no nits! Phew!! The junior offers to perform a magical electronic treatment to relieve her scalp for a mere £100- jog on mate is the unspoken response, “a shampoo and conditioner will do fine thanks” is the public record.

John
So 4 boxes down and 2 to go… What’s this, another mall in walking distance? John walks towards Time Square in the searing heat, guarding his backpack like it is a precious gem, no point having the tablets stolen now. Uh oh, neighbourhood getting a bit dodge, time to power-walk!!

Karen
Karen is finally having her hair cut but has had to suffer constant insult about the condition of her hair, throw away comments like “you must bleach your hair”, “straighteners are bad for your hair”, etc. She quickly responded…”the only bleach near my hair is the sun”, “that is interesting I haven’t used hair straighteners since January”. Finally he backs off realising I’m not a rich ex-pat who has money to burn on expensive hair treatments.

John
Yessss!! Not only have I gotten all 6 boxes of tablets but I have successfully recc’d where we get the bus to Singapore the next morning. This calls for a celebration…

Karen
John arrived outside the salon as I was walking out and after kissing him, I tasted the distinctive taste of an Oreo McFlurry ..caught!

That night was a quick walk around the block and back to the Indian for more food. 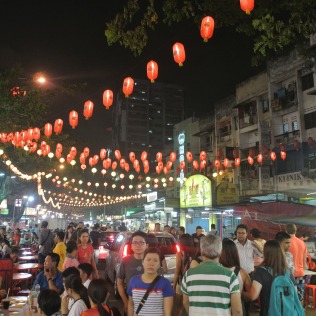 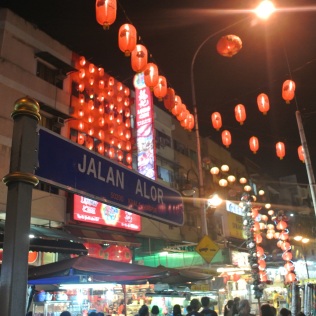 ← Quick Karen.. to the Batu Cave!
You only Sling when you’re winning! →