Landing in Kuala Lumpur (KL) we only had one mission – a proper dinner! Good thing that Malaysian food is so good.

As Kuala Lumpur is a big city,hostels and hotels are too expensive for what you get so we opted for a rented apartment on AirBnb.

This was located very centrally so it was easy to get there off the Airport Express.

The woman we rented off had arranged for the guards to have the keys waiting for us. We had arrived.

We didn’t feel under pressure to see a lot of KL as we had only been here 2 years before so the next day this was all about recovering from China and restocking our supplies.

First on our list was some trousers for John (so that we could gain entry to the SkyBar). After that we bought some groceries. Having an apartment means you can make your own breakfasts and lunches. We made the best chicken and avocado salad with balsamic vinegar. Karen also booked a much-needed haircut for the next day. 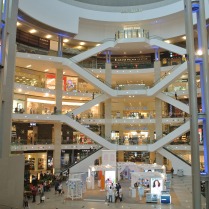 Shopping done we went to the gym and then the swimming pool as we waited for 20kg of washing and drying to get done. The clothes were not fully dry so we had to hang then on all the sun loungers to finish the job, even though that was a bit skanky! 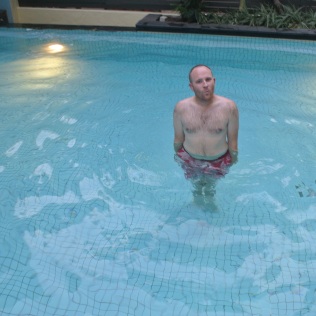 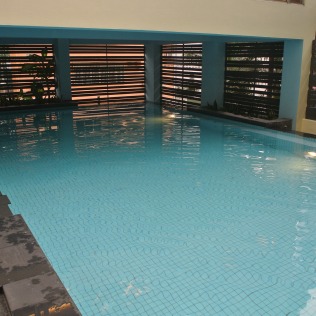 Before dinner we walked through the Bukit Bintang walkway to get to the KLCC (Convention Centre). This brought us through the main shopping district and is full of malls. After coming off the walkway we turned right – This is the home of the Trader’s hotel and it’s SkyBar on floor 36. The big draw of this bar is the views of the main sight in Kuala Lumpur – The Petronas Towers. 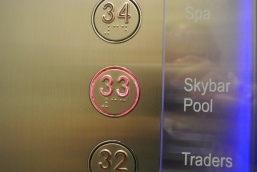 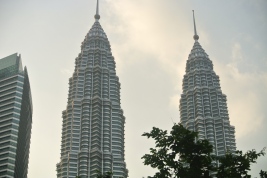 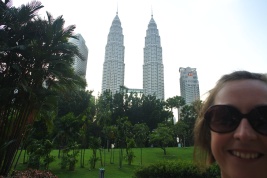 Formerly the world’s tallest skyscrapers (before Taipei 101 took the title 2004), these twin towers have always served as the headquarters of the oil giant. They are the centrepiece of a district called the Golden Triangle and are surrounded by a large park with a lake and chock full of running groups. Karen was sorely tempted to join them!

We had a good time here, John with his Tiger beer and Karen with a cocktail! We meet a fellow German backpacker who we enjoyed sharing travel stories with. 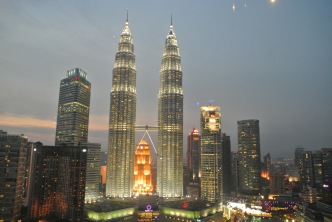 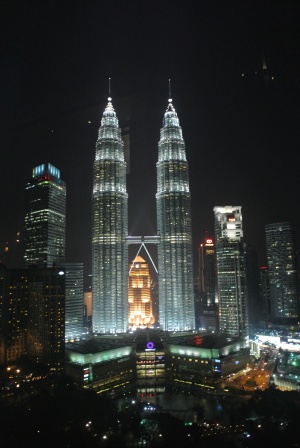 To follow up on this we went to one of our Hostess’s restaurant recommendations. A great street cafe that specialized in Beef Satay (but only after 8.30pm!). A great end to a good day. 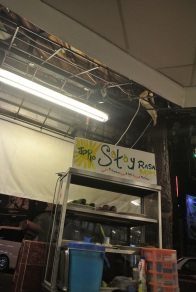 Oh before we forget. John paid an Indian man £1.50 for a haircut after the SkyBar, which was brave considering the guy had side-ear hair – lots of it!

Edit: Apparently there’s a photo somewhere of the ear hair but we cant find it!