It had been three and a half years after our last trip to Hong Kong. Then it was a gateway to China where we stayed a month. This time it would be a stop-over on the way to Japan for Easter. The last trip involved meeting up with friends who were passing through. This time we would be visiting friends that have recently called the ‘Fragrant Harbour’ their home – Martin and Lucy. At our last meeting (our own Wedding) they had a small baby with them. It’s fair to say in the 18 months in between that he was a baby no more. Big red curly hair and very fast on his legs, Benedict was embracing his new found manoeuvrability while his little sister Joyce looked on from her bouncing chair. 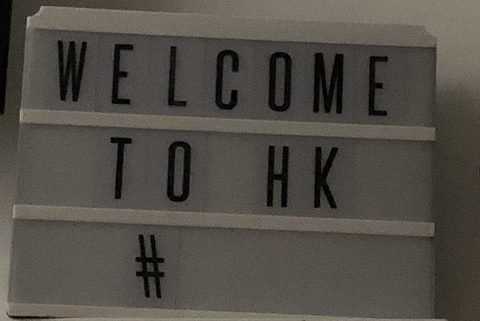 Flight Time from Sydney is around the 9.5 hour mark. Our first visit to Hong Kong was in 2009 (2007 for John) and it still retains the best transport network in the world.  We stepped out of the terminal building on Lantau Island and before we knew it we had arrived in Kowloon and were sitting having dinner in their amazing waterfront apartment with a stunning sunset view back over Stonecutters Island in the foreground and Lantau Island just behind.

It would be a great few days spent in Hong Kong, not as tourists but as guests. Enjoying some of the off beaten tracks and just having fun catching up.

You see that building over there…

We spent the first full day at a Food and Wine Festival at the foot of the Hong Kong Observation Wheel in Central. There was everything from wine and cheese to mexican food. Looking up from our feast the first thing that hits you is that you are sitting in the shadow of the Hong Kong Financial District; It’s skyline of skyscrapers and towers shining like some sort of Emerald City. At night it plays host to the Symphony of Lights Show. 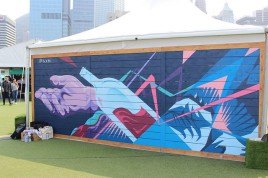 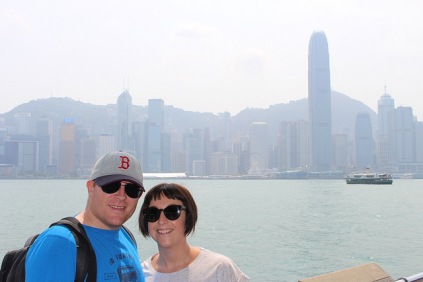 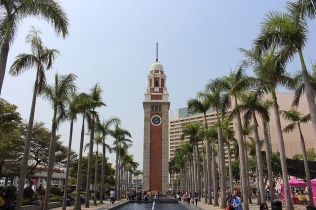 It is very easy on the eye as although there are over 30 office buildings – no two are alike. Martin must have caught my mesmerized gaze as he decided to tell me the story of how the art of Feng Shui influenced some of the building designs.

The headquarters of the Hong Kong Shanghai Banking Corporation (HSBC) was completed in 1985 and was then the most expensive building in the world. It was built over the previous site. It’s a huge edifice of steel and glass and used modular steel module prefabs made by a shipbuilding firm, Scott Lithgows, from Glasgow.

It’s main element of Feng Shui is the fact that it has an unobstructed view to the harbour. A direct view to a body of water is deemed to bestow wealth and prosperity.To that end no buildings are between it and the water leading to the creation of Statue Square and a number of car parks.

Next door is the sleek looking Bank of China Tower, the first supertall skyscraper outside of the United States. Movie aficionados will recognise it from such films as Battleship, Transformers:Extinction and for Trekkies  it acts as a Starfleet building in Star Trek:Voyager. (I should know as I am re-watching it on Netflix atm).

It is a really nice looking building covered in glass curtain walls and has a very small observation deck on the 43rd Floor (We went up it back in 2009). The main point to be made is that it’s sharp edges look like a knife that is pointed directly at the HSBC Building next door. This negative Feng Shui attribute led to the former building adding some odd looking ornaments atop themselves. A maintenance cranes were erected but made to resemble a pair of cannons pointing directly against the Bank of China Tower.  Creating a perpetual stand-off.

After 14 years on the drawing board the Museum was open to fanfare in November 1990 by then Governor David Wilson. The Museum was pretty huge, spread across a number of floors and with a huge open central hall which has an enormous plane , Cathay Pacific’s first DC-3 airliner suspended from the ceiling.

All manner of exhibits awaited us from the Hall of Mirrors and the Dinosaur exhibit to the more modern technology in the computer area. 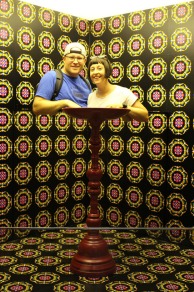 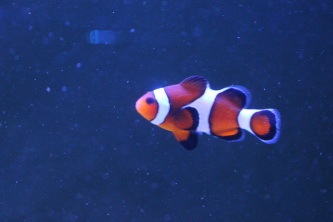 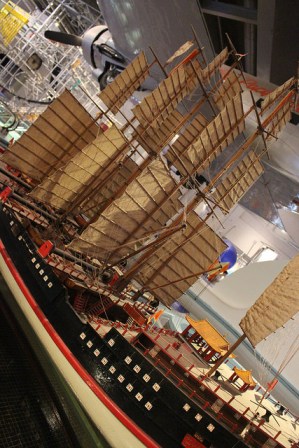 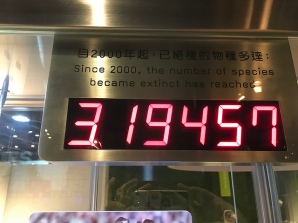 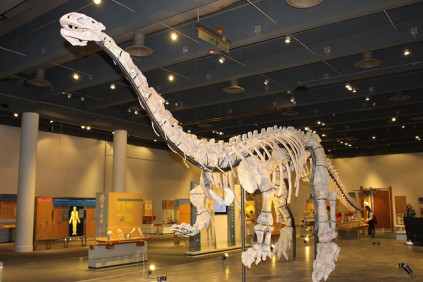 After flexing the minds with new concepts and exhibits it was time to flex the wallets and take a stroll through Ladies Market (Tung Choi Street in Mongkok). Hundreds of stalls allow you to buy almost anything and if you can bargain you can have it all for pretty cheap. (Even if you don’t want to buy a single item it is still one of the best places to experience the urban jungle that is rush-hour Hong Kong. 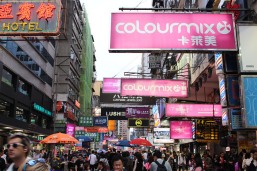 Silence of the Lamma

A trip to the beach is not something you would usually associate with Hong Kong. Dredging the memories of all those Hong Kong Cinema movies (The Police Story series, Hard Boiled, and anything with Van Damme) I don’t think I remember any beach scenes? So when a trip to the beach was suggested by Lucy our curiosity took hold.

The beach in question was Hung Shing Ye Beach on Lamma Island and that meant another amazing ferry ride in Hong Kong.

The Journey started from Pier #4 at Central Pier. The journey would take 25 mins as our ferry left the hustle and bustle of Hong Kong city and travelled out into the wider harbour arriving at the north-western part of the island at the village of Yung Shue Wan. The scenery changes dramatically as you enter the Islands district and the high rises of Kowloon and Central give way to the back of Victoria Peak and the south coast fishing village of Aberdeen. 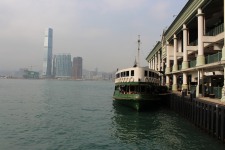 Yung Shue Wan is a picturesque village and is the main population center with 6,000 people. As soon as you step off the boat you are at peace. There is very little noise due to their being zero cars allowed on the island. With a mixture of shops and restaurants (mostly seafood) lining the approach into the center of the village there is a very mediterranean feel. It named after the abundance of Banyan (Yung She)Trees that are found in the area. 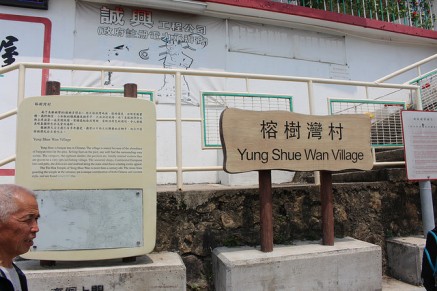 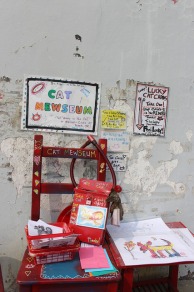 As you clear the main village there is a pathway that leads into the island. The first stop along the way is the Sha Po Old Village where archaeologists in 1970 found some Bronze Age geometric pots. The next village along the track is Wang Long Village. It is worth mentioning as this is where the actor Chow Yun-Fat (Hard Boiled, Crouching Tiger Hidden Dragon) was born and lived until age 10.

Continuing on we arrived at the sandy beach and cove of Hung Shing Ye Beach. We stopped at the nearby Concerto Inn for lunch before making sandcastles for the afternoon.

There are 20 Marks & Spencer stores in Hong Kong. We had done our research in the hope of bumping into one and re-stocking up on some staples – underwear, leggings and of course Percy Pigs. Percy Pigs are like black-market currency in the Expat community in Sydney. Need a British friend to help you move house? Cost -> 1 bag of Percy Pigs.

And with that final purchase it was time to say goodbye to Hong Kong and the Bans and hello to Osaka Japan.