Not only did we get to spend time in Byron Bay with the Hamiltons, but we also got to show off our neighbourhood, the Lower North Shore and the greater Harbour district to them as well.

Spring in the Southern Hemisphere begins in September lasting through to the end of November and the start of the hot (hot) Australian Summer. That passing of the seasons is marked in the penultimate weeks of Spring with the bloom of Jacaranda trees. Lasting for only a few weeks they add a splash of Lavender colour to the neighbourhoods of the Lower North Shore.

Native to Brazil and Argentina, the blue flowering Jacaranda (jacaranda mimosifolia), was introduced to Australia in the 1850s  by the British Colonialists after they discovered the Portuguese planting them in South America.

Most of the action centres around McDougall Street, a narrow sloping street, tree lined on both sides, and leading down to the Sydney Flying Squadron. They create a wonderful canopy.

Unfortunately for the locals the word is out about the street and it is swamped with tourists, some lying in the road to get that Instagram worthy photo. Maybe the Council could look into setting up a proper ‘Festival’ to cater for the increased fanfare these events bring.

We were able to get a few great snaps on our first walkabout around the area. 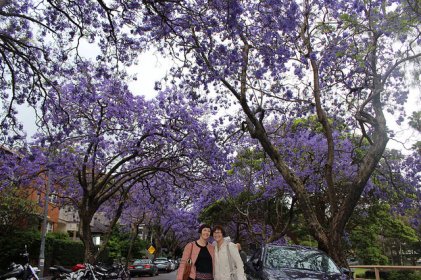 Another Pose with the Jacaranda Trees

Posing for a photo on MacDougall Street 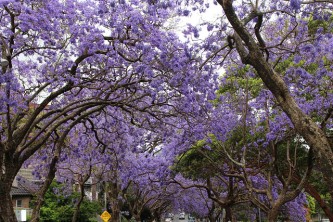 Another local treat in Kirribilli is located in bays 3 and 4 of the Harbour Bridge’s northern aqueduct. The Classic Throttle Shop was established in 2003 by Rory and Karin Johnston and his home to a vast array of collectable, rare and classic cars.

Iain was like a kid in a sweet shop and quite right too. There was an absolutely amazing red 1985 Lamborghini Countach and a nice pair of McLarens. There were also a good selection of Ferraris as well. 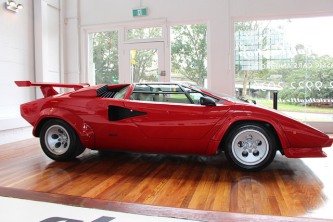 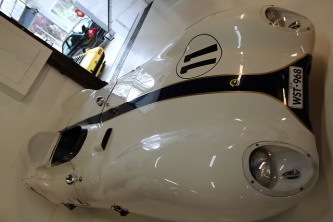 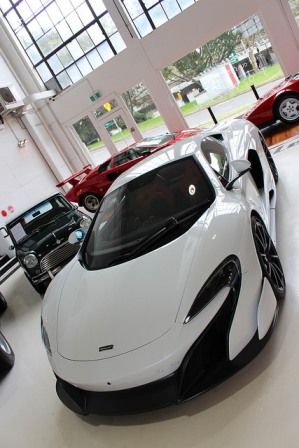 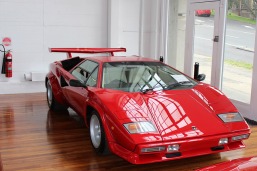 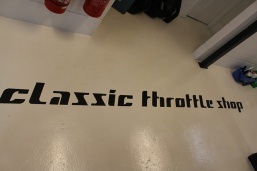 We will never get tired of living in the North Shore. There is so much to do on our doorstep and with easy ferry access we are able to show off the best parts of Sydney to visitors. Iain and Bernadette were no exception. The typical itinerary starts at  the Rocks, Sydney’s historic dockland precinct. We walked through the markets and around the old Bonded warehouses before circling round to Circular Quay. The ultimate destination is on Bennelong point to the west of Circular Quay. Sydney Opera House.

Past the steps to the Opera House is a park entrance.  Here are the the Royal Botanic Gardens and around to Mrs Macquarie’s Chair, a hand-carved rock bench and the favourite lookout point for Elizabeth Macquarie, wife of  the 5th (and last) autocratic Governor of New South Wales – Major General Lachlan Macquarie (Previously  from the Outer Hebrides in Scotland). 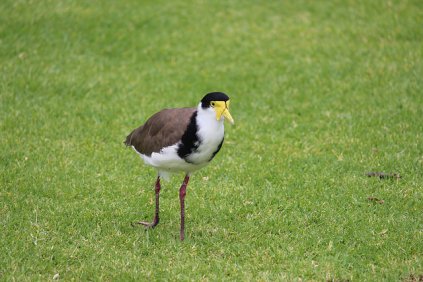 Sydney Opera House from the park. 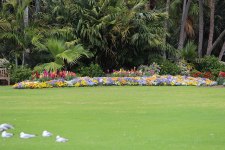 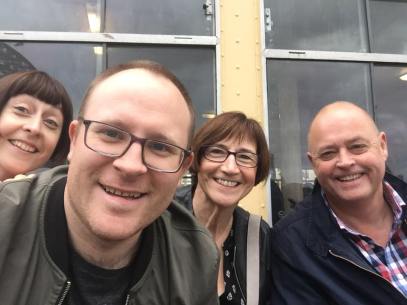 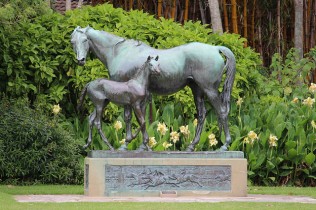 On another day we even ventured a bit further to Rose Bay. From 1938 to 1974 this was the site of Sydney’s first (and for a long time – only) International Airport. Seaplanes would land here at the end of the ‘Kangaroo Route’ from London. A journey that took 10 days and over 30 stops including Darwin, Singapore,Calcutta and Basra.  We popped over as we had surprised Iain and Bernadette with a Seaplane tour of the harbour with Sydney Seaplanes.

Certificate of completion of the Kangaroo Route

Flying high over the Middle Harbour 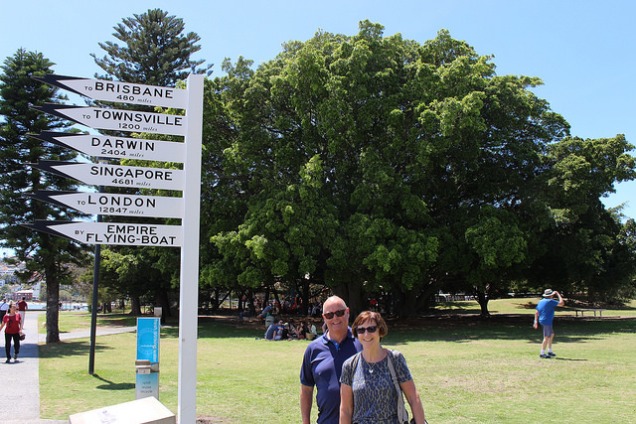 Handy guide to how far we are from home

They see me bowling…

A great weekend activity in Sydney is to go and play some lawn bowls. Now I know what you are thinking? All those whiter than white uniforms, formal shoes and stuffy rules is not really a hip thing to do. Certainly not in Sydney with visitors in town.

At the turn of the millennium all 2,000 Lawn Bowl clubs across Australia agreed to relax the rules on Dress Code and membership. A gambit to entice a new generation of players and their cash into the Greens.

This would be Iain’s first taste of Bare Foot Bowls… 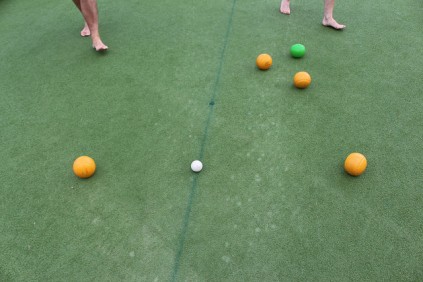 Competitive Karen was on display 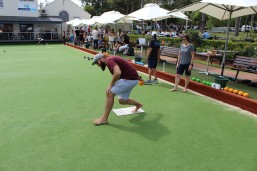 Bernadette having a go

We are happy to report that after a brief discussion of the rules with the instructor and wiping the floor with us (and all our friends) that he loved the change of format. Maybe he can bring some fresh ideas to Northfield Avenue Bowling Club.

← The Way It Should Be
Gold Rush →

Europe via DohaSeptember 12, 2021
Join 335 other subscribers