Close Encounters of the Furry Kind: A Day at Australia Zoo

On our second trip up to Noosa – which included Cameron and John Rose Senior – we decided to do a day trip – to get out of Noosa Heads and head south. We had one destination in mind!

Located around 70km south of Noosa and on the hinterland side of the Bruce Highway is a town called Beerwah. The name comes from the Kabi Language and translate as ‘climbing up to the sky’.  Nearby is the Glass House Mountain Range and Mount Beerwah at 555 metres tall is the largest of the group. It’s also home to one of Australia’s Big  Things – The Big Mower. 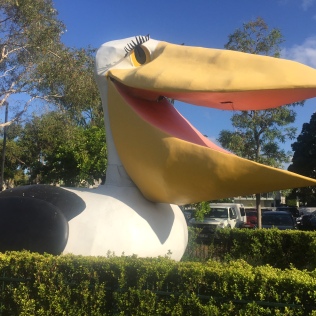 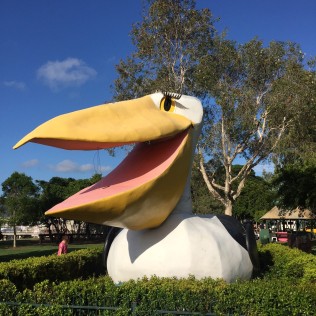 We took a greyhound bus down from Noosa – along with all the backpackers. It was an enjoyable trip as we skirted the Sunshine Coast for as long as possible before cutting across inland. The little hand on my watch struck 9 (AM) as our coach pulled into the drive of our destination.

In June 1970, Bob and Lyn decided to open up a Reptile Park – called the Beerwah Reptile Park. Both keen animal conservationists they embarked on a mission to protect and rehabilitate a wide variety of animals. In particular the Saltwater Crocodile. In 1982 after a number of successful years the size of the park had doubled and by that time they were helped in their endeavors by their 3 children -especially their son Steve.

In the mid 1990’s Steve took over the Reptile Park with the help of his American wife Terri. As part of a bold strategy they renamed the park to Australia Zoo and let the cameras in. The rest, as John Wade first said, was history!

I am of course talking about the famous Croc Hunter himself – Steve IRWIN!. This was his zoo and his animals and we were about to spend an awesome day here. Even from the moment we stepped through the gates we were greeted with close encounters (of the furry kind!) 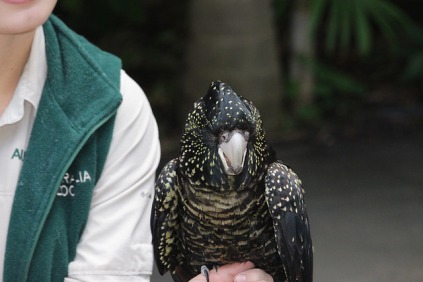 The first section contains many of the Reptiles that the park was set-up for as well as some of Australia’s better known animals – Otters, Koalas, Tasmanian Devils running amok, Dingoes snoozing in the morning sun, Cassowary Birds. 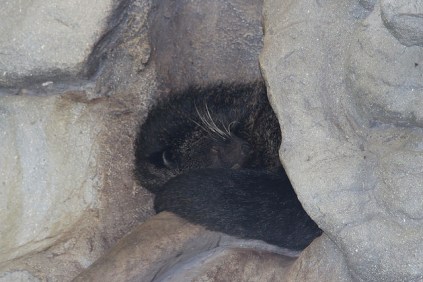 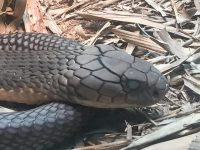 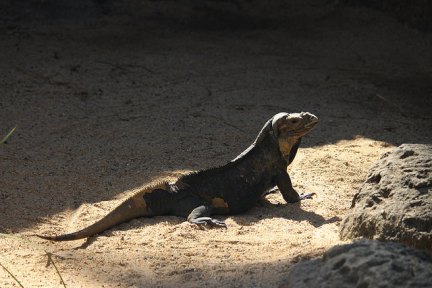 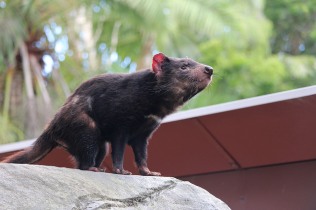 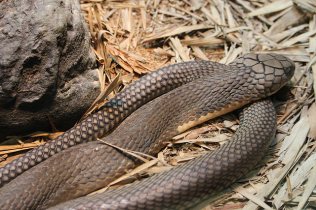 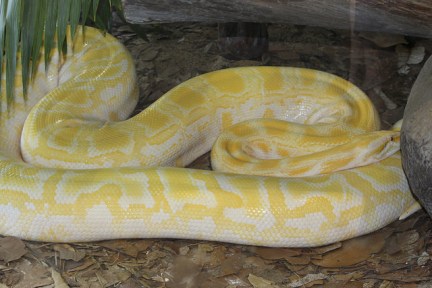 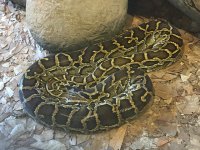 You need good eyesight to catch a glimpse of the Binturongs that are sleeping in a cave.

Next up were the heroes-in-a-half-shells – the Turtles. Starting with the huge Aldabran Tortoise. At 1 Metre tall and weighing 300 kilograms these are big customers. We got to see the aptly-named Goliath that day with his ochre stained scutes on his shell and his dominating presence. He completely overshadowed the alligator snapping turtles and freshwater turtles we also encountered. 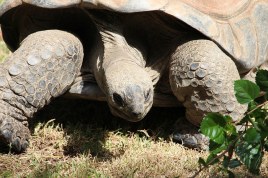 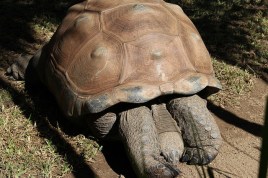 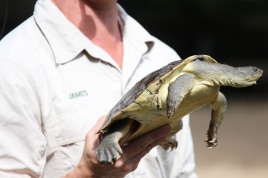 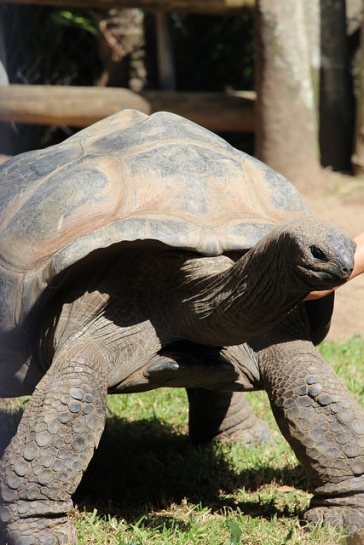 Crikey! What a Beauty!

The cornerstone of Irwin’s career and probably his biggest passion was up next on the map – Crocs and Alligators. There were 3 main species on show –  from the Northern parts of Australia – Freshwater Crocodiles and Saltwater Crocodiles (Largest of all Reptiles and Apex Predators) and from Florida – American Alligators. Also they all have cute names like – Daisy, Barney, Bosco and Casper. 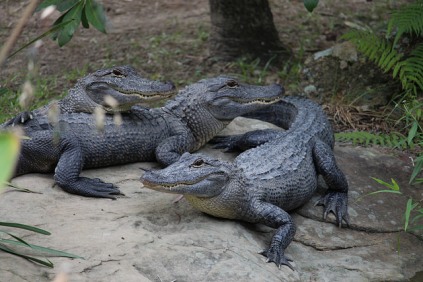 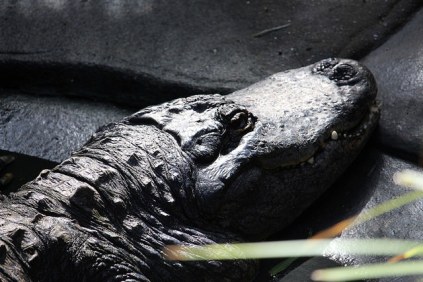 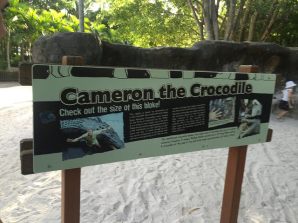 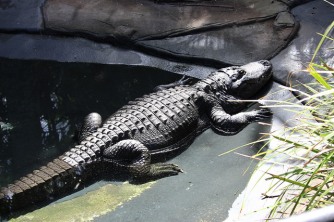 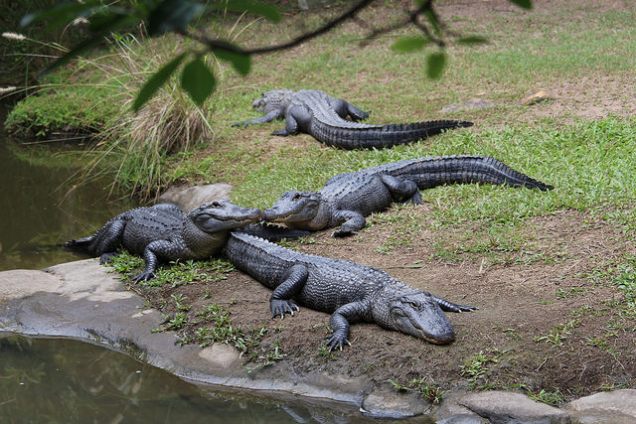 Lunch time was approaching so we made our way to the Crocoseum to catch a bite to eat and a show – Wildlife Warriors. This is the Zoo’s showcase event featuring a number of feathered friends and snapping crocs. It also led to our first tiger spot of that day 🙂

The stand out performer for me was the Andean Condor (named Chief) with his 3 metre wing-span and commanding presence. When he swooped in out of nowhere you could hear a pin drop in the stands – everyone was amazed. 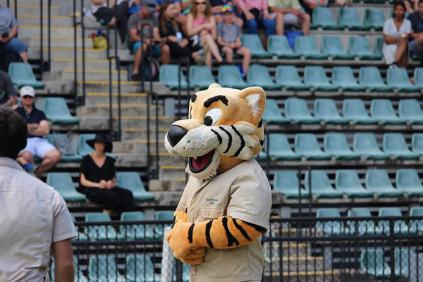 At this point there was (as Fianna Fail used to say) – a lot done but more to do – with 4 more sections to conquer.

Everybody’s heard about the bird

There were even more birds for us to meet in the Rainforest Aviary – including one cheeky Bush Stone Curlew that was running about the zoo! 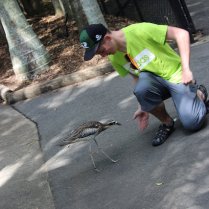 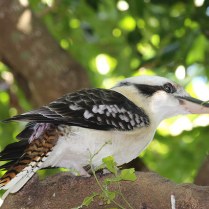 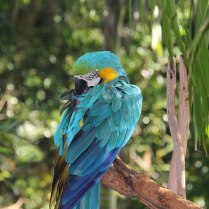 As one would expect there is an entire section of the zoo dedicated to the key animals of Australia – Wombats with their squat bodies and small whiskers, Kangaroos and Wallabies (can you tell the difference?) and Koalas which was great as Queensland allows you to hug them – unlike New South Wales! 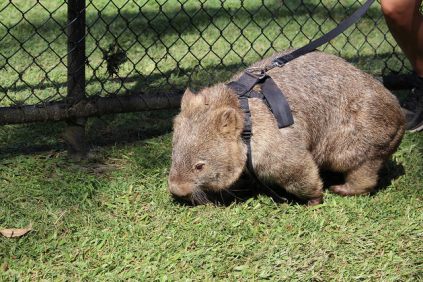 As part of a big expansion the newest zone in the park is the Africa Savannah section. Not many animals here but it’s always a novelty seeing giraffe and rhino. We also got to have a go of the shuttle train to get there too. 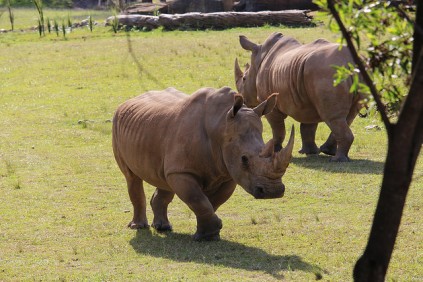 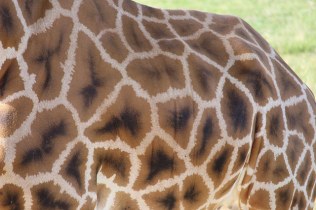 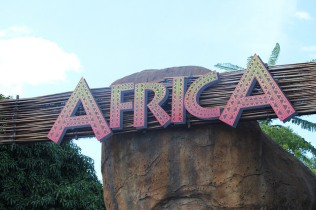 We had to hurry to the last zone as it was nearing closing time. Unfortunately we were too late to see the cheetah in all it’s glory but we got to see a cool Red Panda (love these after China). That said we were just in time to visit the Tiger Temple and it was absolutely amazing. One of the Sumatran Tigers there – Hunter – had a sad story. Born with a congenital eye condition he is now completely blind in his right eye. But that did not stop his confidence one bit and he was very active.

Did you know? Hunter and his Brother Clarence were the stars of the BBC Documentary ‘Tigers About the House’ 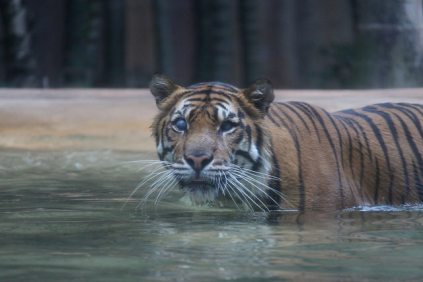 We certainly left the best until last.

But John Senior at that point had still not had an animal encounter. Cameron and I had taken photos holding koalas so we decided to force dad to do the same. 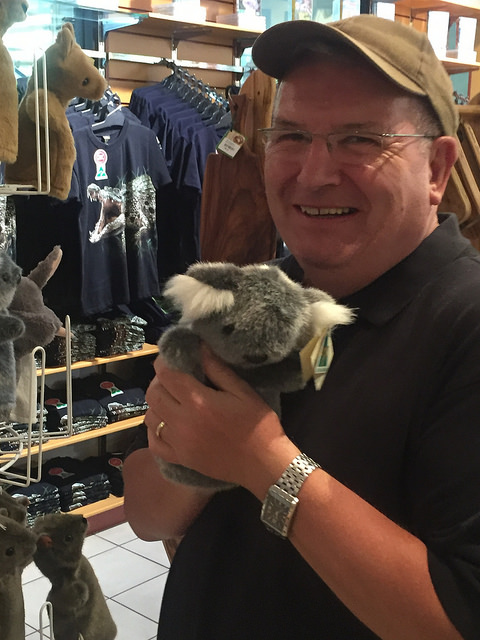 Close Encounters of the Furry Kind

← To Sydney With Love
Spirit of Anzac →