So we have reached  our last post on Budapest and the end of our Wedding Rhyme. We have previously written about Something Old, Something New and Something Borrowed. It was time for Something Blue. Hmmm I wonder what we can write about to tie it all together.

I think I will listen to some Strauss for inspiration!!

A River Runs Through It

Buda and Pest is cut right down by the middle by the Danube River, the European Union’s longest river. Flowing through 10 countries before emptying into the Black Sea, the Danube originates in Germany. A river that long has need of a lot of bridges…

On our first day we walked through the old quarter and the first river crossing we came up on was the Istvan Szechenyi or Chain Bridge. Opened in 1849 it was the first permanent bridge in Budapest. Between the cast iron structure and the amazing Lions guarding both approaches this is one good looking bridge. It also has an international flavour having been financed by a Greek (Georgios Sinas), designed by an Englishman (William Tierney Clark) and built by a Scot (Adam Clark) before being demolished by the Germans  to stop the advancing Russians in 1945. 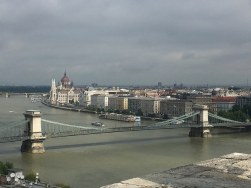 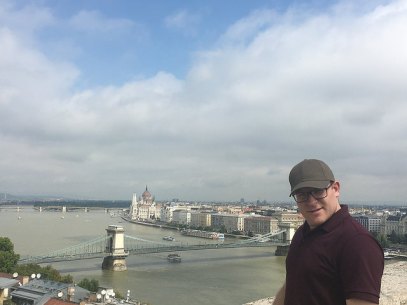 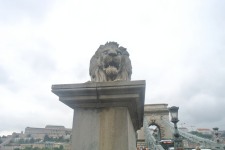 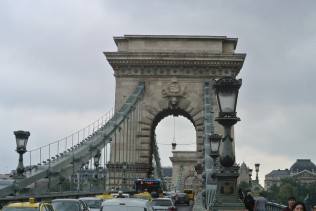 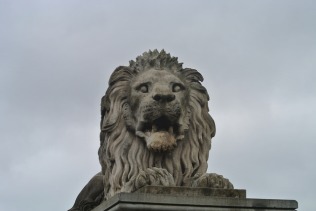 Luckily for us it had  since been rebuilt and would allow us to ford the Danube and reach our next destinations. But before we moved on we had to leave our mark.Similar to the Pont des Arts in Paris and the Brooklyn Bridge in New York, the Chain Bridge is a perfect place to leave a love lock, and thanks to our friends Anna and Greg – we had one to leave. 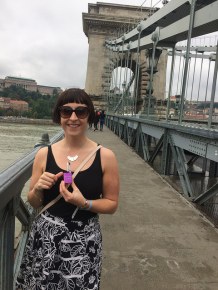 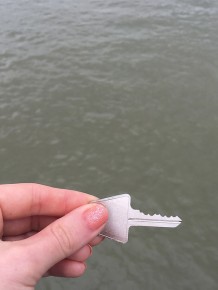 To the north of the Chain Bridge, on the Pest side, is a memorial to those who perished at the hands of the Arrow Cross Militia during World War 2. These people, mostly Jews, were marched to the river and order to take their shoes off before being shot at the edge of the water so that they fell into the river.  The memorial consists of 60 pairs of iron shoes from the period and they represent the shoes that were left behind. 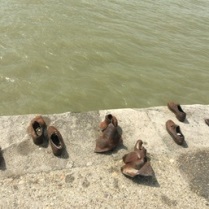 Budapest’s third newest Bridge is the Erzsebet (Elizabeth) Bridge and it is located on the narrowest part of the river, only 290 metres span. As with all the other bridges in the city, it was blown up by retreating Wehrmacht sappers but it’s unique in that apart from all the others – it was not rebuilt to its original form. The slender white cable bridge was built in the 1960s on the original foundations. 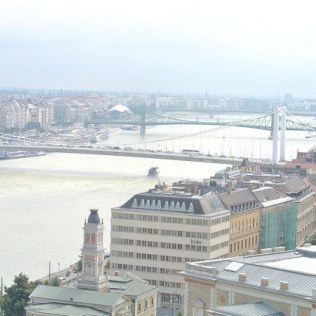 Our third entry in this bridge post is the Liberty Bridge. With it’s bronze statues of falcon like birds (Turuls) and its green exterior. It was opened by Emperor Franz Joseph in 1896. When it was re-painted after World War 2 it was painted brown instead of the original green colour as the exact shade was indeterminable from black and white photos. Luckily in the 1960s written archives were found and the bridge was restored to it’s greener complexion at the earliest time. We loved this bridge as it was completely closed to traffic when we visited. The sweeping main cables were covered in people, young and old, laying, sitting and drinking in the sunshine. The more brave (foolhardy) souls climbing almost to the top for their next Instagram entry. 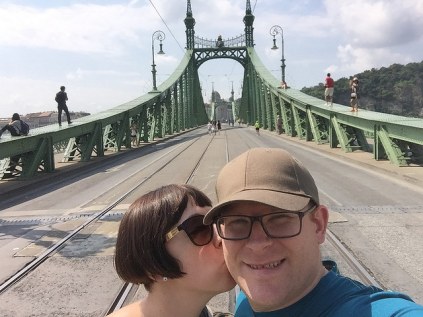 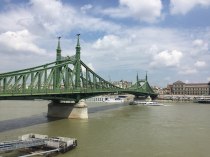 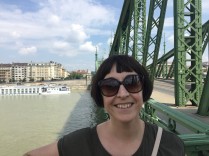 Another great thing about the Liberty Bridge is that it leads to (on the Pest side) leads to the Great Market Hall. The brain child of Budapest’s first mayor – Karoly Kamermayer this huge market was a cacophony of sound and a kaleidoscope of colour. The ground floor is totally devoted to food stuff – paprika, Tokaji (wine), Turo Rudi (chocolate delicacy) and caviar. Not to mention the amount of hanging meat. The upper floor has stalls for all your souvenir needs and a collection of eateries selling pickled and non-pickled food alike. 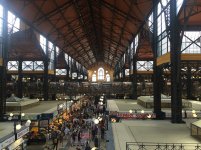 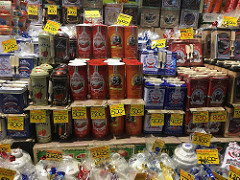 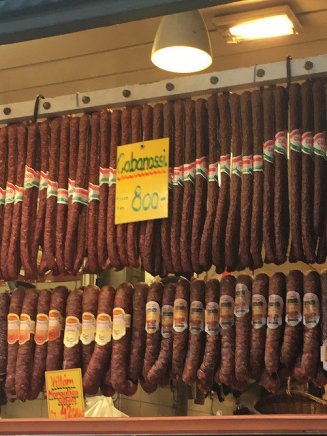 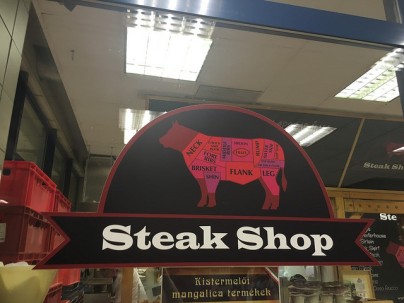 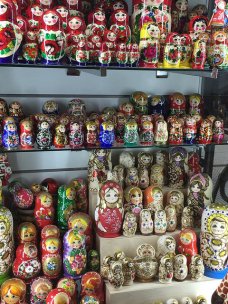 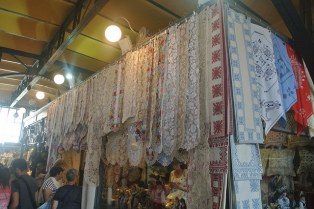 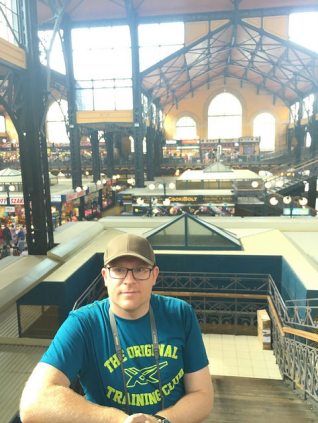 In the basement there was  a wall dedicated to other Markets of note around the world. This included the Sydney Fish Market in Rozelle and the Limerick Milk Market back home.

We had such an amazing time in Budapest. Such a vibrant and cultured city with surprises and wonder behind every street corner.  It was sad to leave after spending a few days here but Australia was calling us to come back but between the Sziget Festival, ‘ el Cheapo’ Michelin Star Restaurants, ruin bars, amazing architecture and spa baths it won’t be too long until we return here.

For you
You
I’d leave it all