Whilst Midleton and Ayr are considered Home there is one more place that could be labelled as such.

Can you guess where it is? Need a clue? Here is Henry Sellers to give you a clue.

With 7 Years living in London for John and just over 4 years for Karen we both felt that it deserved a wee visit.

John landed in Gatwick whilst Karen took the shuttle from Glasgow to Stansted. Like a Top Gear Challenge we both raced to Greenwich Station. Our good friends Richard and Judit (not Judy!) were to play hosts and we were very grateful as we stepped back in time in our old stomping ground – the Royal Borough of Greenwich.

As what normally happens when travelling – our bellies started to rumble. Walking past the Bishop’s Mitre Pub we noticed it had gotten a huge makeover so we jumped in and got some authentic British Pub Grub. 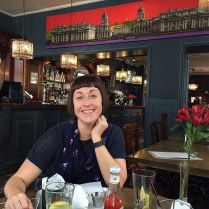 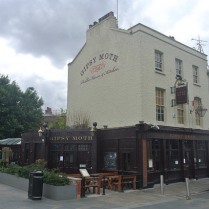 Our pals stayed nearby near Ashburnham Grove so we walked around. As we were on our way we passed the Greenwich Book Store which unsurprisingly had a ‘Sale’ on.

This Book Store has had more Sales or Closing Down Specials than I can remember. It should change it’s name to ‘Going Out Of Business’.

It was great to see Judit and Richard again. We had the absolute pleasure of seeing them in Hong Kong last year when they were passing through. It seemed like only yesterday. It was good to finally Mr Keats (Richard’s Cat) in person too.

After a cup of tea and a chat it was time to meet the rest of the gang. We had decided that with only 24 hours in London we would be on to a losing streak if we tried to jump around London, so we decided to congregate everyone in the Wharf and book some space at Henry’s Bar.

What a turnout. All of John’s Cork Pals, Karen’s Barclays gang, Greenwich Run Club Alumni and a host of others all came out to see us. We also were reunited with our two Sydney visitors – Portia and Grainne. 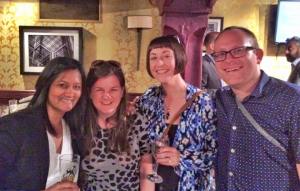 It was also a family affair as John’s cousin Aidan turned up. (It was a shame that only moved to London after we had left – we had passed each other like ships in the night).

Not a bad achievement for a Monday Night and it made us realise how much we missed our friends. 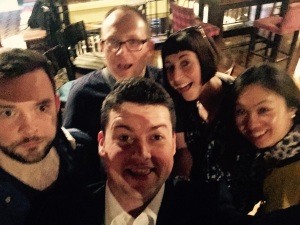 Thanks again to all those that could make it. 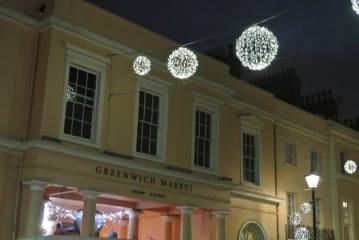 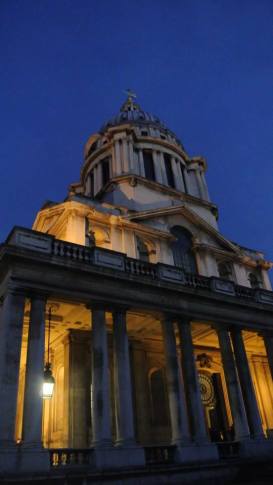 The next day we went for breakfast in the Plum Tree Cafe and after nearly a year living in Australia it dawned on us that we are definitely spoilt and John cannot function without Avocado. We walked off our brekkie by walking past the Cutty Sark and through Greenwich Naval College.

The last (and fastest) of all Tea Clippers ever built. Built on the Clyde in 1869 , she spent a short time in China before turning to transporting wool in Australia (so kind of like Karen!). For 10 years she held the record sailing time for Britain to Australia and  in 1954 she was permanently in dry-dock at Greenwich. 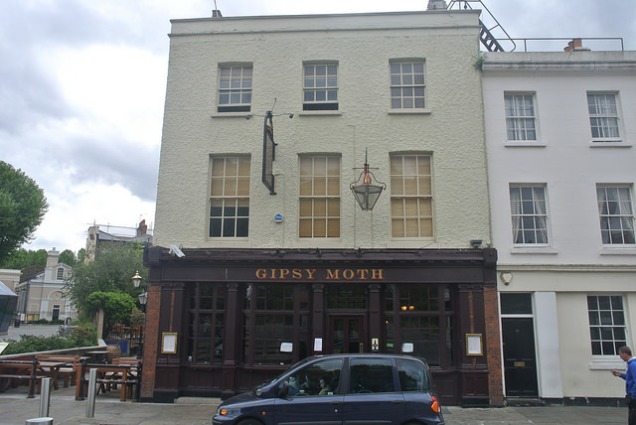 Designed by Sir Christopher Wren and built between 1696 and 1716 the Royal Greenwich Hospital quickly morphed into the Royal Naval College before taking up it’s current split mantle of Greenwich University and a top Movie Shooting Location (Thor:The Dark World, Pirates of the Caribbean and Les Miserables to name a few)

For us it has been the scene of multiple concerts, sunday strolls and somewhere picturesque to eat our Greenwich Market takeaway food in the sunshine. 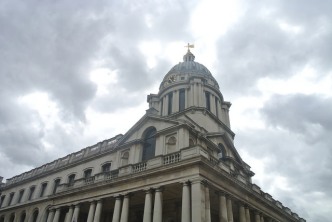 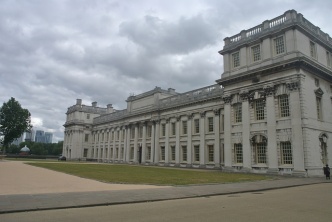 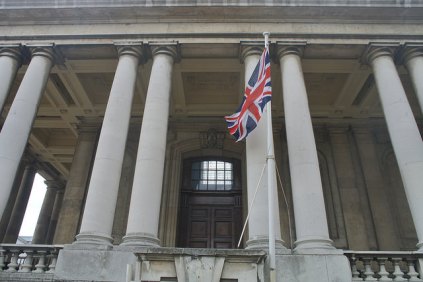 We split up for lunch time. Karen going to Canary Wharf to meet up with an old work colleague and John taking the DLR into Monument for some old-fashioned London City nosh with Eric.

While waiting for Eric, John took some photos of places he used to walk past – his new tourist tinted eyes ‘taking it all in’!

After lunch we had a short journey back to Greenwich to say goodbye to Mr Keats and head to Stansted for the short jump to Glasgow.

Saying goodbye to London a second time was almost as tough as the first!

← Two households, both alike in dignity
Stuck in the Midleton with You! →