It was up bright and early for our last half day in Canberra.

A quick check out was followed by an amazing breakfast in a local deli before we hailed a cab to our main destination for the remainder of our trip …. Australian Federal Parliament Building. 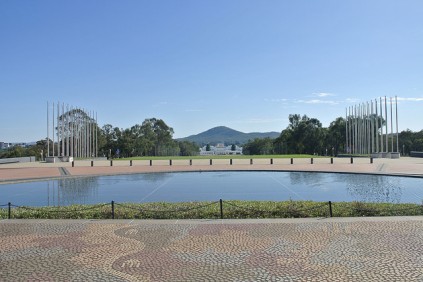 It is here that both branches of the Legislature sit, the House of Parliament and the Senate and they have done so since 1988 when they moved here out of the old “temporary” Parliament building down the hillside. I say temporary with quotations as it was used for 61 years!.

Nestled atop a hill this is one of the most modern and architecturally different parliament buildings in the world, this is due in no small part to the creativeness of the architect, Romaldo Giurgola. It is also one of the most open and transparent considering that without any Identification or prior booking we managed to gain access to a tour while carrying our rucksacks unimpeded. 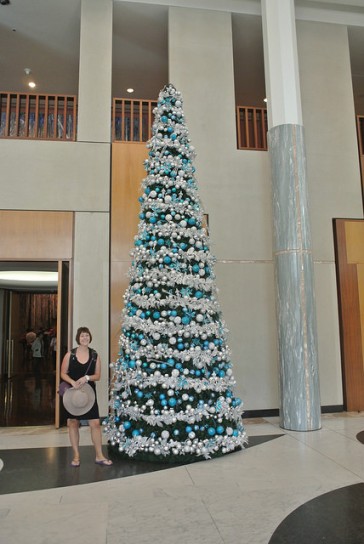 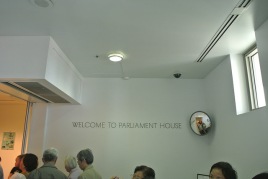 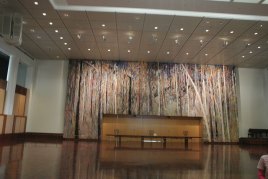 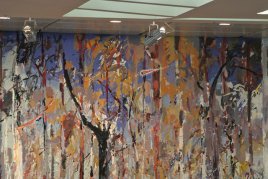 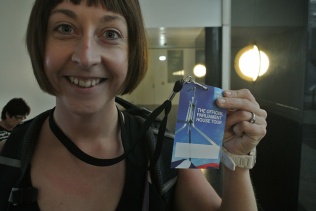 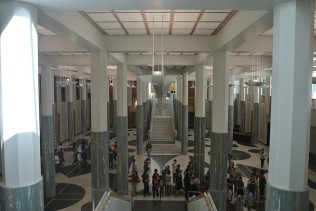 Inside the main foyer is a huge huge tapestry, based on a painting by Arthur Boyd. 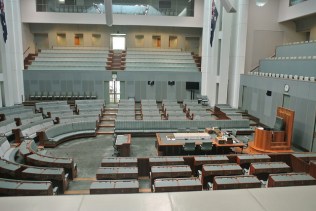 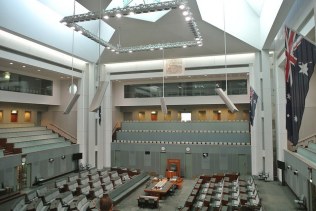 As with other parliament buildings there is a collection of paintings of former Governor Generals and Prime Ministers. One of the interesting bits of trivia surrounds the painting of former Prime Minister Gough Whitlam. He is the only Prime Minister to this date to be sacked and so did not sit for an official painting. When an alternative painting of him went up for auction years later the Parliament House staff ran to buy it.

Our favourite portrait was of that of the first female Governor General of Australia – Quentin Bryce.

We particularly enjoyed being able to go on top of the Parliament Building and walk around the grass that lies on top of it. This is a key feature and enforces the notion that the people are ultimately above parliament! 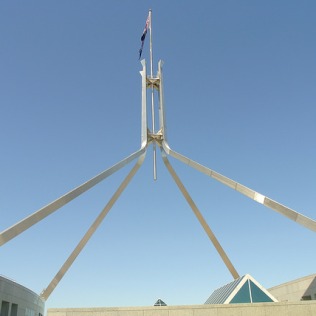 After the parliament building tour we walked down to the museum quarter and within an hour had done a quick highlights scramble of the Portrait and National Galleries before hailing a taxi to get us back to the bus station lickity split!

With only 20 minutes before the bus departed we had to grab lunch which without naming the global brand name whose food we had to endure ended in disaster! Karen still thinks she can taste it when she feels a bit ill.

So same bus, same length of journey and what do you know … we are seperated yet again. This time John spent the whole bus journey watching Greys Anatomy.

A not so great ending to an amazing weekend. We would suggest two things when going to Canberra – an open mind, and a ready car!

← Capital Idea!
Sydney Diaries: Oh Dear Oh Dear I Shall be too late!.. →