We had been settled for a while in Sydney so we both felt it was time to do a bit of travelling again. Looking at the map there was a very ideal candidate not far away.

We earmarked a weekend and went on Wotif to get a ‘mystery hotel’ deal close to the center. Next we looked at how to get there and missing our long bus journeys from Asia we booked two tickets on the Murray Express Bus Service at Sydney Central Station.

That morning we made our way to Central and grabbed a cheeky backpacker breakfast in the YHA across the road. We did not realise that the average Sydney bus go-er is dead keen and we had to be split up on the bus as there were seats together left.

At 9am the bus departed and we were on our way to the Capital City of Australia – Canberra!

Being split up for the journey was a bit of a pain but luckily John had downloaded some Greys Anatomy for Karen to keep her occupied – like the kid she is!

3 Hours later we arrived into Canberra City and went for a quick stop at the tourist info desk to grab a city map and get some bearings. We had planned to get some bikes but were told it would be $40 to rent them (each!) No thank you!

We had travelled light for the weekend, so only had one small backpack each. This meant we could explore Canberra without having to check-in at our hotel until later. But after 3 hours and only a bit of granola in our tummies we set off in search of food. Success came in the form of $10 Pad Thai’s (with drinks!) on London Circuit

Sated, we made our way to the number 1 thing to do in Canberra – The Canberra War Memorial. Situated on top of a hill and looking majestically down on the Parliament buildings and river below the Canberra War Memorial is a dedicated sombre lasting homage to the service men and women who died for their country – in this case Australia.

We took a tour, which was just brilliant. Starting on the outside we were immediately humbled by the list of all the dead servicemen/women that line both outside walls of the memorial in the Courtyard of Remembrance. Listed by conflict the thing that struck us was that the last entries – Afghanistan and Iraq are still ongoing and will probably have more names added. Our guide took some time to point out a few of the interesting stories behind the names. 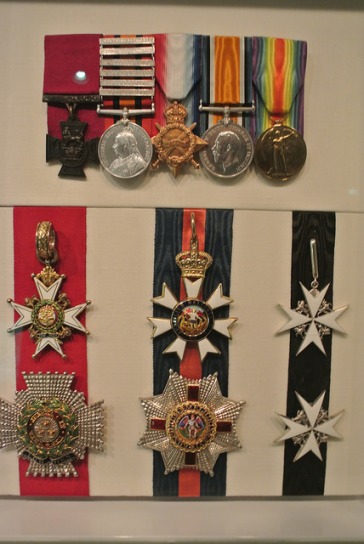 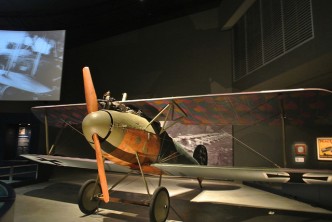 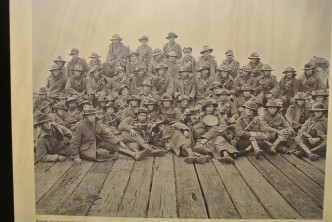 While we were there it was the run up to Memorial Day (November 11th) so a lot of the plaques had poppy flowers adorning them. We then continued into the tomb of the unknown soldier

It was then inside and to an exhibition of soldiers and sailors who had received the Victoria and George Cross for bravery in action before being brought into the World War 2 section that included a huge wing of North African Campaign history.

The end of the tour was taken by watching 3 interactive movie and light shows that brought the various planes and warship displays alive. One of these pertaining to World War 1 dogfights in the air was directed and narrated by Peter Jackson – who had also lent the memorial some of his antique WW1 planes.

We think that this was one of the best museums we have ever been too and that it is free is a testament to the Australian people’s legacy of remembrance. We will have to come back when the World War 1 wing is finished its refurbishment now that the 100 Year Anniversary of the start of WW1 has passed.

After the memorial we walked down Anzac Parade to the river front and we took the scenic route to our hotel – The Pepper Hotel in the funky art district of Acton.

Washed and changed we headed out for a few drinks in the various wine bars and pubs dotted around Acton and took some photos of the bizarre but creative artwork on display. 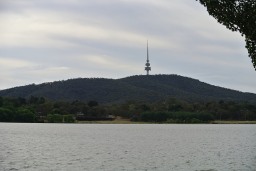 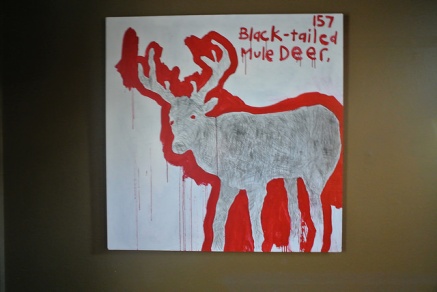 Soon enough even the Pad Thai wasnt enough to fill us that day and we went in search of a decent dinner. We were lucky and found a great steak and grill restaurant, that was attached to a nearby hotel. Capitol Steak was the name and it certainly was the game as we enjoyed one of the best steaks we have had since leaving Northfield Avenue in Ayr. Karen stayed true to her roots and ordered a T-Bone which she absolutely devoured! 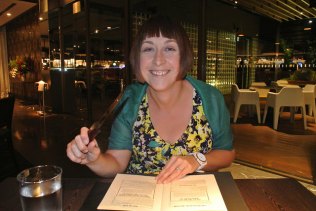 The restaurant had a great decor with pop art impersonations of various world leaders!

Tomorrow we would have yet another action packed day full of culture, last minute meal dashes and another long bus journey..