Melbourne, like all Australian metropolitan areas it seems, has access to some beach areas. One of the more famous of these is a place called St. Kilda.

With the weather behaving we decided to risk going down there and checking it out.

St. Kilda was named after the schooner The Lady of St. Kilda (which in turn was named after the island of St. Kilda in the Outer Hebrides in Scotland).
During the 1800s it was the home of Melbourne’s elite and there is enough top notch architecture still standing here to support that claim. In the early 20th Century St Kilda took on a role as a pleasure beach area similar to that of Coney Island in New York. A place for the city dwellers to get away from it all.

From Fitzroy to St. Kilda you are able to go direct aboard the Number 96 Tram. This takes you on a windy journey, past the Houses of the Victorian State Parliament, through the heart of the CBD, over the Yarra river and down past Alfred Park. 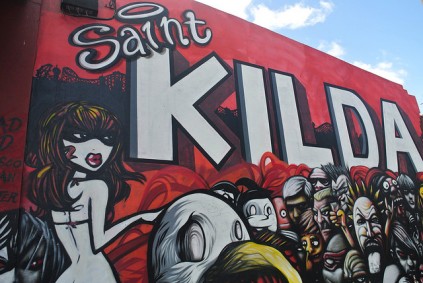 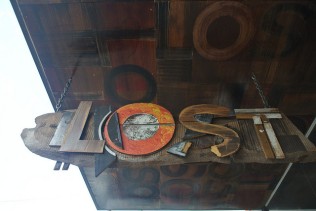 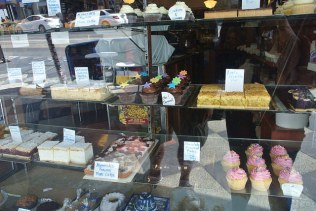 Our final destination was the ironically named Fitzroy Street – an avenue entirely consisting of restaurants and patisseries (or as John calls them – cake shops!). We jumped off the Tram and started exploring the area.

St. Kilda beach was nice and on a glorious summer’s day would have been hopping with folk. Not today but we didn’t mind. It was a nice stroll along the beach front from the lighthouse to the famous St. Kilda Pier. 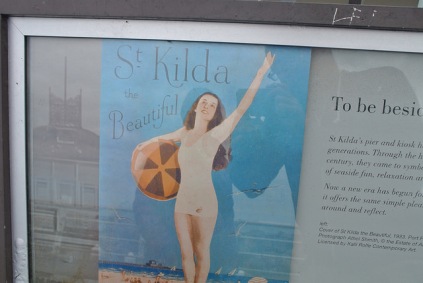 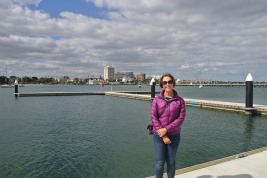 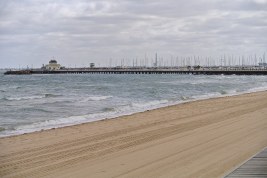 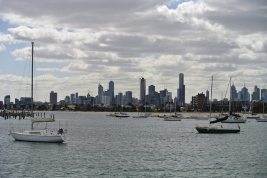 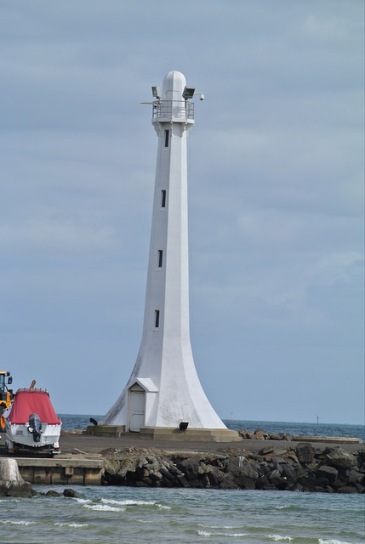 The pier (and it’s pavilion at the end) is modelled on English pier pavilions similar to Brighton and Eastbourne and is looking pretty swanky after it’s huge redevelopment. At the end of it there is a stretch of breakwater and if you are lucky – like we were that day – you can spot one of the Little Penguins that have taken up residence here amongst the rocks.

Other nearby landmarks include Luna Park, an amusement park that boasts the oldest (continually operated) roller coaster in the world. Opened in 1912 it was the first of five Luna Parks built. The only other one still standing is located on Sydney’s North Shore and is less than 5 minutes walk from our apartment – small world!

Next to Luna Park is the Palais Theatre – Australia’s largest seated theatre (3,000 seats). Opened in 1927 as a picture house before becoming a dance hall and live music venue today.

We had such a good day here taking photos and had a really great lunch on Fitzroy Street.

← The Writings On The Wall
Walk this way! →