So we had made it to our last stop on the Great North Tour, the town of Exmouth. The big draw here is the Cape Range National Park and it is also home to one of the Top 10 Dives in the World, at the nearby Navy Pier. Ingmar ‘Dutchy’ would be enjoying himself there as the rest of us ventured into the park and did some more snorkelling at Turquoise Bay.

Before this we had to get some more supplies in the local IGA and John was sent to the Dive Shop to rent snorkelling equipment. Tom stayed in the van as he had a premonition that he would bump into his ex-girlfriend so Karen went to get the food. Meanwhile John met another Scot, the girl who worked in the Dive Shop – they are everywhere!!

Exmouth is a very small town whose existence is led in part to the US Naval base and their not-so secret Naval Communications Centre (you can see the masts from miles around). But their presence is not new. On the way into the park we stopped at the lighthouse on a nearby hill. This was used as a radar station during WW2 and some of that infrastructure has been kept for tourism purposes. It’s also a cracking view of the ocean and from this vantage point you can pick out 7 Oil Rigs in the distance. 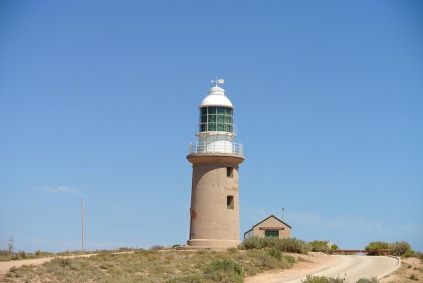 The park itself contains one main road that runs down the spine of the Ningaloo Reef. Dotted along this are beaches and snorkelling points before the road ends down at Yardie Creek. Tom took us to Turquoise Bay and here we enjoyed the sun and did some snorkelling. Karen saw even more sharks here but the coral was so close to the surface that it wasn’t as clear as Coral Bay. She also had a close encounter with a Sea Cucumber when Tom passed it to her to hold. Slimy!

The group was rejoined back at the camp. Ingmar was showing everyone his photos and videos and was buzzing after his experience. Our last supper was a sumptuous BBQ (When in Rome!) washed down with some Fat Yaks (Craft Beer). 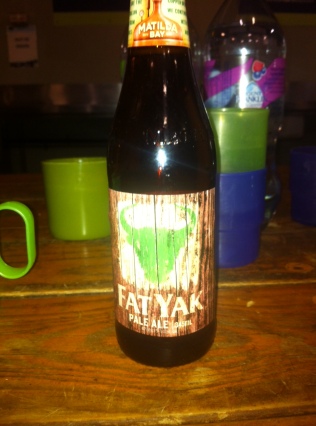 The next morning at 7am we said goodbye to the tour as they were headed back to Perth and we would stay on in Exmouth a few more days. Sounds like a good plan eh? Find out next time!

← Snorkelling! What’s your price for flight!
Left Behind →