Western Australia is massive. To explore it properly we would have to get some wheels.

After over 8 months of not driving it was time to get behind the wheel again. We selected Margaret River and the Southwest region of Australia for a road trip.

A quick trip to JB Hifi was needed to get a Sat Nav. It would be cheaper to buy than rent one at $10 a day. Next was a trip to Avis to rent a motor. In Australia it is mostly Automatic cars but being from the UK we decided to opt for a Manual car as neither of us had driven an automatic before.

Our chariot for the next 12 days would be a Nissan Micra. 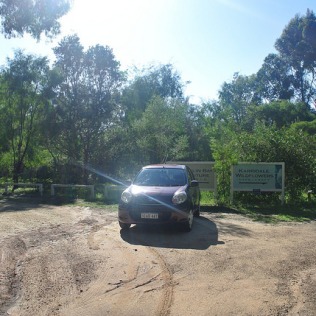 The drive south to Margaret River is now only 4.5 hours thanks to the Mandurah bypass. We know this because this ‘bypass’ was the hot topic of conversation for the next week amongst all the locals we spoke to. It really seems to have changed their lives – a bit like my friend Rob Moore who remembers the dark days before the bypass in Midleton!

Looking at the map, the ideal lunch stop would be a town called Busselton. Nestled about half way down on the coast Busselton is at first glance a sleepy fishing town. But look a little more closely and there is more to it, especially it’s history. 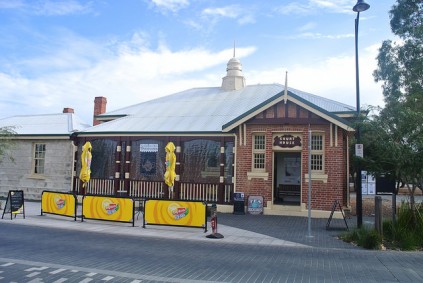 That history is tied up with it’s Jetty. At 1.8km long this wooden jetty is pointed like an accusing finger at the Indian Ocean. Like Shakespeare’s Coriolanus, Busselton Jetty rushes alone headlong into its limitless enemy, the sea!
It’s also the longest wooden jetty in the Southern Hemisphere!

It was quite a windy day when we got there, but we braved the elements to walk the jetty. There is a small railway that runs the length of it for the tourists (The Chinese would love this!)

All along the jetty a menagerie of our avian friends were hanging out, some a bit cooler than others!

Soon enough our break was over and we got back in the car. As it’s winter here we didn’t want to be driving late and only had until 4pm before it became dangerous to do so.

Next stop… Gnarabup beach, a stone’s throw outside of Margaret River town.