If the temples in Java are brothers, then Borobodur is the Big Brother to Prambanan.

Borobodur a buddhist temple dating from the 8th Century is a truly remarkable place, so unique. Which was the downside.. it would be busy. But we here at JKRoaming thrive on adversity.

To get here we needed to charter a taxi. It took nearly 3 hours drive for the 42km journey as the holiday season was in full swing. We got to the temple around midday, and we were not the only ones. 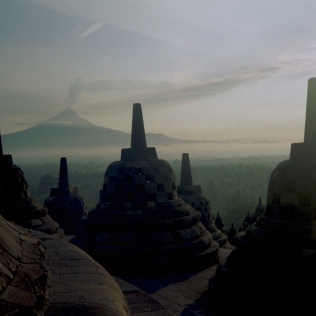 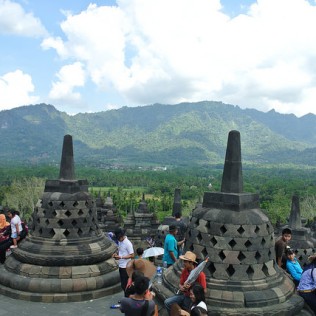 Luckily, being foreigners, we did not have to join the big queues. We had our own Foreigner Reception, complete with toilet facilities, a welcome drink and air conditioned ticket office. This was obviously put in place to try and mask the extortionate Entry Fee – $20. To give you a comparison that gets you full access to the Angkor Wat Temple Complex in Siem Reap, Cambodia – that’s hundreds of temples – for the day! 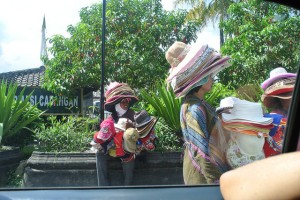 Hats off to these ladies!!

As we approached the temple, our first impression was that the temple was a bit smaller than we expected. Maybe we have been spoiled with what we have seen these last few months. That said the details once you got into the temple were amazing, especially the engravings. 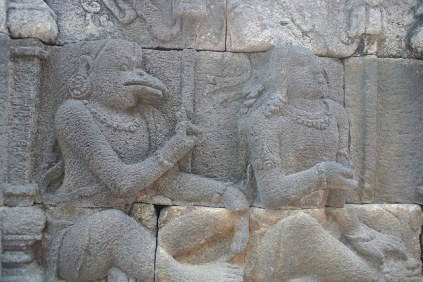 It was in 1811, that Sir Thomas Raffles, (Yep him yet again!), acting as Governor of the short-lived British Administration, rediscovered the Temple, after it had lain hidden under tonnes of Volcanic Ash from the nearby Mount Merapi in 1006. It had previously been abandoned by the people due to the spread of Islam on the island. 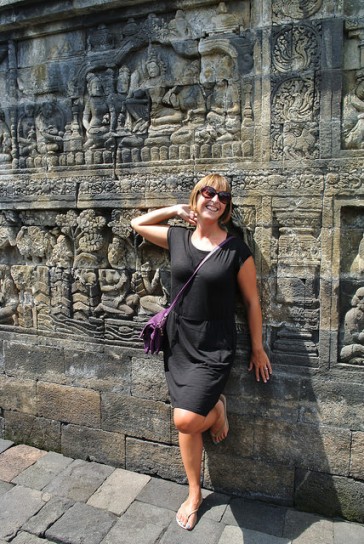 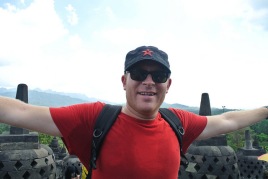 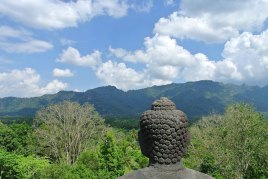 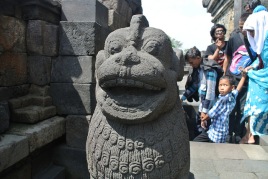 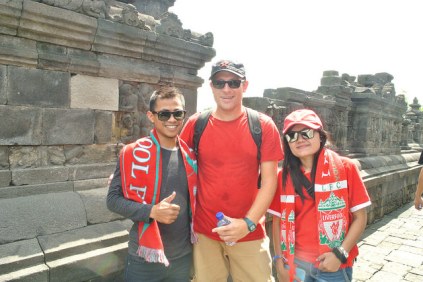 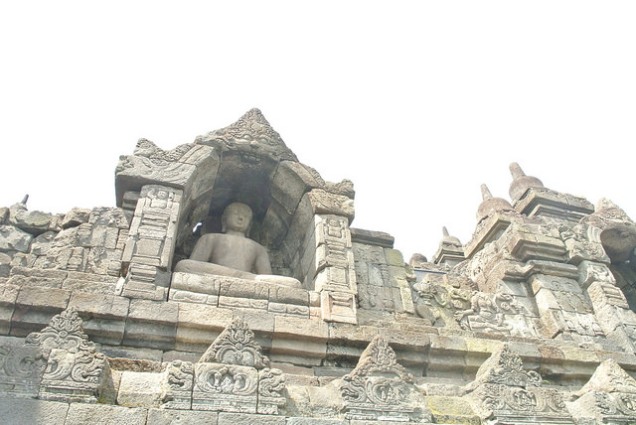 We took our time exploring the first 6 levels of Borobodur. These each consist of an low outside wall complete with statues of Buddha and inner walls with stone engravings of the life and teachings of Buddha. Each corner the mouth of beast jutting out.

The top 3 levels consist of circular terraces, but it was what was sitting upon these levels which made them worth the climb up… 72 lattice work stupas. Each one containing a Buddha Statue. A bit like a Kinder Surprise! 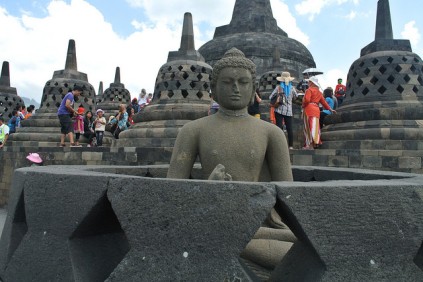 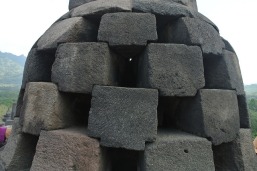 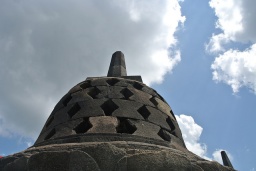 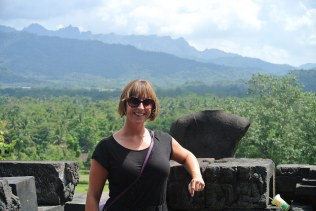 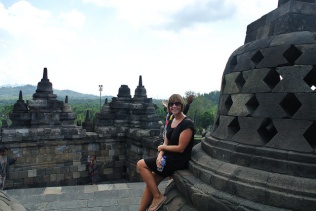 The whole complex is made from dark grey andesite stone giving it a dark look.

Once outside the temple we had quite a journey to get back to the car. Like shops in the UK, that have these mini-mazes at the checkouts, Borobodur has decided to drop a couple of markets outside the gate, which need to be navigated to get out. It felt a bit like the labrythine markets in Vietnam! 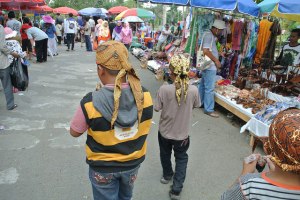 They know where they are going… let’s follow them!

Overall it was interesting to see Borobodur, and given it’s standing in the world, it would have been a shame to skip it. But we feel like it was the wrong time to do so which was a pity!

← This is a Local Stop!
Mount Bromo →