Vietnam’s most up and coming city and Tripadvisor Travellers Choice Award for 2014. Less than an hour from Hoi An and 15 minutes from the airport. Sounds like heaven. This is how Danang was sold to us.

It is heaven if you stay in the fancy resorts overlooking China Beach. Not so much if you stay ‘in town’ like we did. Looks like we might have another Bandipur on our hands! 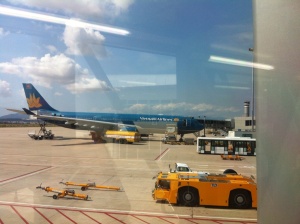 We arrived off the plane to Danang International Airport. This same airport was the most busy airport in the world during the 1960s when it was used as an airbase by the US Air Force. Now it is used for commercial flights. 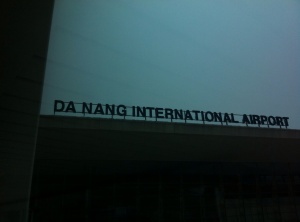 We collected our bags and went for a cab. The taxi boss smiled ominously when we asked to go to Danang and not Hoi An. Uh oh!

We knew we had ventured off the tourist trail but this was a little far off it. We didn’t see any other guests at the hotel and it looked really local. In searing heat we walked to the beach passing over the impressive bridges in Danang. 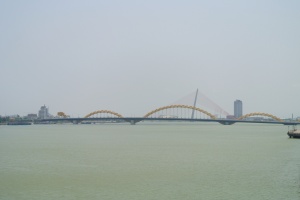 China Beach was deader than Dungarvan on a Saturday night :-). No US Army Nurses in sight. There was a real post apocalyptic feel to it. Restaurants and hotels seemed empty and no traffic. 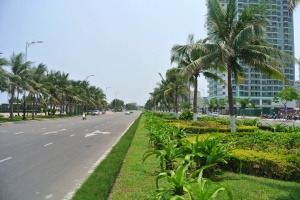 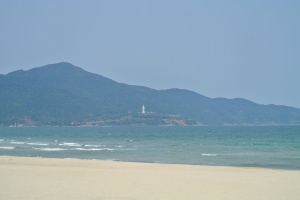 Quan the Am: protecting the fishermen.

To pull things back we headed back to the riverfront and had a nice lunch before walking to Danang top tourist attraction – Ho Chi Minh Museum. Using the map provided by the hotel we arrived at what looked like the museum and headed for the gate, only to be greeted by Vietnamese People’s Army soldiers bearing Kalashnikovs.

Discounting the fact that we were not Western Intelligence agents they pointed us to the museum up the road.

When we arrived at the museum it still looked part of the base. A soldier sat us down and after asking who the hell we were he started shouting into a radio. We were then ‘allowed to’ visit the museum.

There was some very impressive tanks and planes on display outside and what looked like a great exhibition inside… But we never got that far. 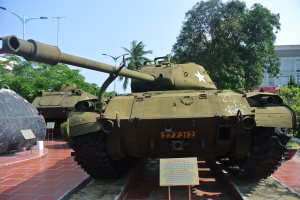 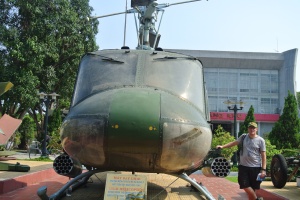 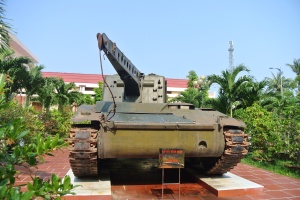 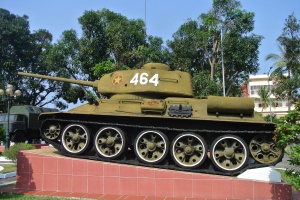 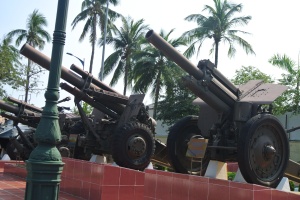 An older female Vietnamese soldier stopped us in a panic and wondered what we were doing there. We were then told to leave as we were foreigners and the museum was in an army base.

We walked the local streets of Danang for a a few more hours and took in the Market, Cathedral and a Pagoda. 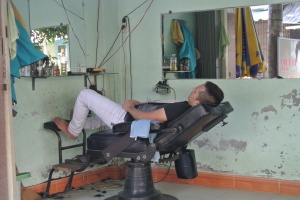 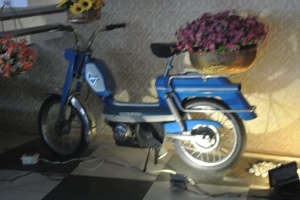 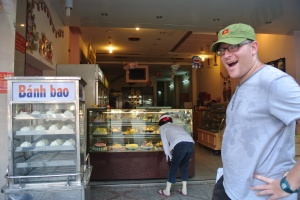 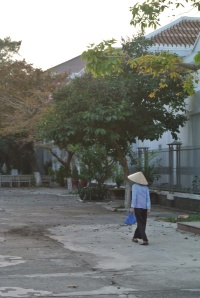 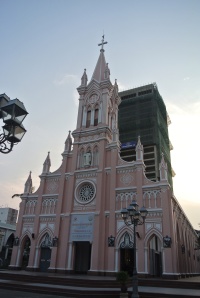 John even managed to get a new phone cover. 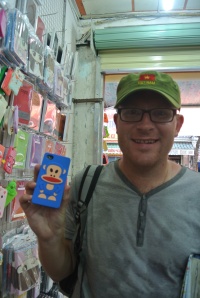 Walking back to our hotel we decided to go to a nearby shopping mall to check out the cinema. Captain America was playing but that wouldn’t have been fair on Karen so we ended up doing some grocery shopping as we were craving self prepared food.

Karen managed to find some GF crackers so we decided after our big lunch to just make sandwiches.

Looking back I think we were the only westerners to have ever been in that supermarket due to the shocked looks on the local consumers. 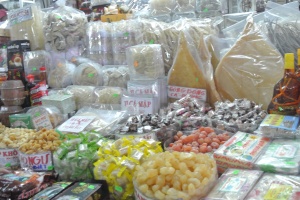 Not an exciting post but what happened the next morning, on the bus to Hoi An was all the drama that was needed.

Everyone is meant to pay 18000 dong to take the bus but foreigners pay 50000. This isn’t an official rule just the whim of the bus gang. We decided we had spent enough time fighting racism on our travels so we reluctantly paid this white tax on our bus fare.

The next white person on the bus decided to, in the words of Publuc Enemy, ‘Fight the Power’.

Disagreement led to raised voices led to pointing led to physical restraint led to pushing, shouting, more finger pointing and as the bags were almost thrown out of the bus a tense standoff. The guys asian girlfriend even said “Leave it Tom, it’s not worth it”. Hilarious. 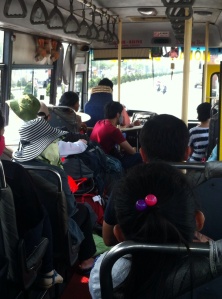 With his green hat and hand on bag, Tom stood up to the (bus) mafia!

In the end our new hero Tom, who had the same backpack as John, only paid 18000 Dong and saved himself 80p.

Danang was nice but not really worth the stop over. It’s really just a big city and not really designed for travellers. We would have had more fun if we went straight to Hoi An.

← Wonder World!
And they were all Yellow.. →