On an All Time High

While Udaipurs culture is strongly linked to the Lake Picholo and it’s location as the capital of the Mewar Kingdom and the palaces that come with that, the most evident cultural phenomenon is the James Bond movie Octopussy. 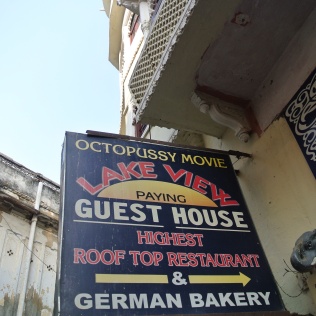 That’s not my hand!

A large part of it was shot on location in the city and used famous landmarks such as the Taj Lake Palace and Jag Mandir (Octopussy’s Lake home) the Monsoon Palace and surrounding area (Kamal Khan’s lair) and the Shiv Nawas Hotel – the hotel that Bomd stays in and plays backgammon against Louise Jordan’s Character. The city would have been alive with Bond Mania during the filming In 1982 and now you can enjoy the movie 365 days a year in any one of the hundreds of restaurants or bakeries in the Lal Ghat area of the city. 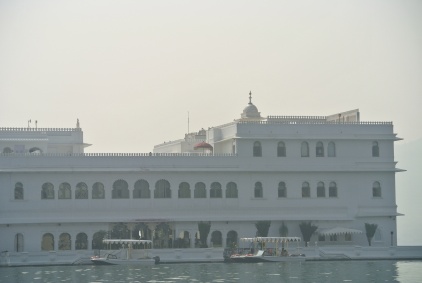 As a bond movie goes Octopussy was one of the more memorable. Starring Roger Moore as James Bond and Maud Adams as the titled character the action is mainly split between Germany and India.

The gadgets consisted of a fountain pen that emits acid (that Bond uses to escape the Monsoon Palace), a homing device (hidden in the Fabrege Egg) and a watch to track it. No Bond car in this movie though but there is a chase scene involving Tuk-Tuks.

For me one of the best scenes involves the crocodile submarine that Bond uses to escape Jag Mandir Palace. 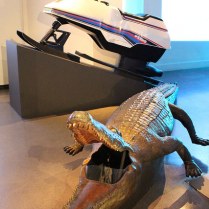 Small Jet from the Opening Sequence of Octopussy

So if you enjoy James Bond, and in particular Octopussy come to Udaipur and immerse yourself in the locations.