We are both officially unemployed. Today was our last day in our office jobs in London. We left with mixed emotions, excited about our travels but sad to say bye to our colleagues. Karen was prepared ( as always) for her departure, the handover had been planned, all tasks ticked off. While John on the other hand had to be dragged out of bed and sent to the office feeling rather green to frantically prepare his handover. His send off from his team had been wild, the drunkest Karen has ever seen him in 6 and a half years! She could follow his trail…off the bus to the kebab shop, stagger across the road, hold his chips in 1 hand while carefully trying to open the door, fall in the door, sit on the communal stairs and eat his goodies- this way Karen will never know!! Photo evidence below.

Dropping the chips while trying to open the side door! 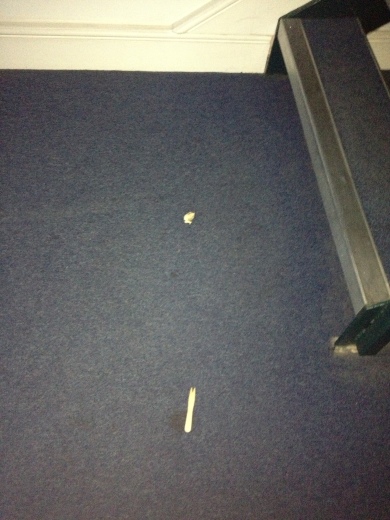 We were both overwhelmed by the generosity of our work friends…John maybe no so thankful for the whiskeys and flaming Sambucas!