I am the Mountain, I am Mudgee

It was three and a half years since we first arrived in Sydney. In that time we had explored the city we had decided to call home for a while, gallivanted up and down the east coast, popped over to Tasmania, hopped up to Darwin and a few more places in between.

But as for as New South Wales was confirmed we had never ventured out of the Sydney Basin (except for a trip up to Byron Bay). We had never gone beyond the Great Dividing Range.

It was time to go inland.

205 years before us an expedition led by Gregory Blaxland, William Lawson and William Charles Wentworth successfully crossed the Blue Mountains and founded the settlement of Bathurst but also war with the Wiradjuri nation.

We would have it a lot easier on our expedition. Post Friday work train up to Leura and unlike tents we stayed in a cute Airbnb shack. Instead of beans and strips of meat we were able to forage some grub at The Garage in Leura.

The next morning we walked to the nearby Hertz Car Rental (the only one in the Mountains btw) and picked up our hire car for the weekend. 167km away to the northwest was our destination. The route would take us round the mountain and down the other side and through the flat lands of the Cudgegong River valley  and into Wine Country and the township of Mudgee.

Between 1838 and 1841 European settlers built the first dwellings and hotels that would be the foundation of the town which then grew massively during the 1850s Gold Rush in New South Wales. A thriving secondary industry for the town – wool kept it going when the gold was all gone.

While almost everybody in the town and surrounding valley was engaged in sheep shearing or gold digging, a lone solitary German called Adam Roth from Baden, began a nascent wine business – planting the first vines in 1858 before growing to a peak of 55 vineyards in 1893. (There are around 35 wineries in the area).

As we neared Mudgee the heavens opened up, torrential rain to make our entrance more dramatic to this Undiscovered Country. We made our first stop on the outskirts of Town, a winery standing alone on  a hilltop – acting like a lookout tower for the rest of the area – Logan Wines.

As we ran inside out of the downpour we heard the calming tones of a guitar being played by Tinsmith, live music while we tasted some wine.  In 1997 Mal and his son Peter Logan decided to get into the wine business. 20 years later they had a stunning cellar door with views right across the valley and the crop. The wine was really good (reds were delicious) so we decided to stay and have a cheese plate and wait out the rest of the rain. 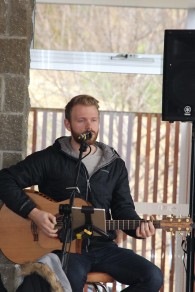 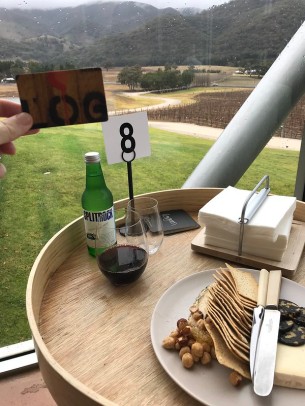 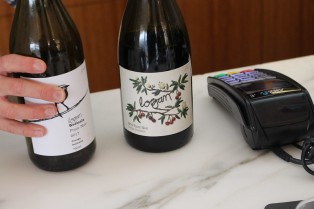 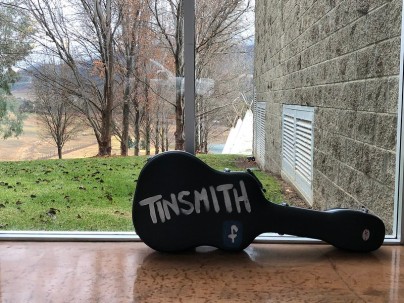 After that we continued into the main CBD of Mudgee, parked the car, checked into our accommodation and went for a jaunt around this historic town. A mixture of old buildings competes with more contemporary ones for space on the main streets. One of the stand out facades is that of the old Regent Theatre that was built in the 1930s. But the old bricks and mortar of the buildings contain more than history as newer businesses take residence. The Mudgee Brewing Company bringing brewing back to the town after a gap of 60 years. 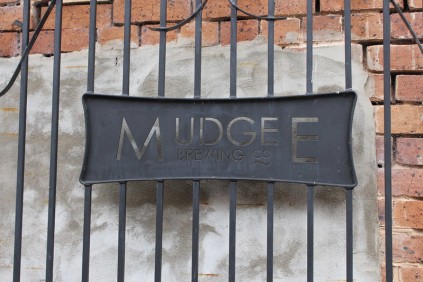 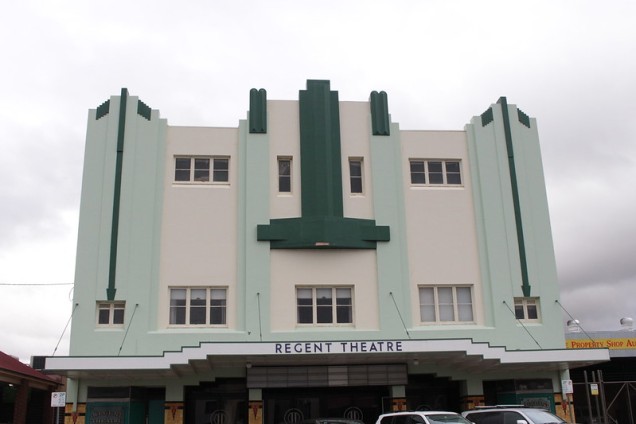 Our moment of Zin

That evening we decided to venture north out of town and into Wine Country itself. One of the cellar doors also has a restaurant and with a recommendation we decided to go to The Zin House for their dining experience. Run on the Lowe Wines Estate the majority of the greens and veg are cultivated onsite by head chef Kim Currie to create a wonderful evening. Everyone is sat around share tables to create a rustic farmhouse dinner feel. 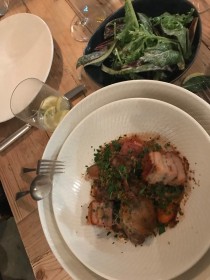 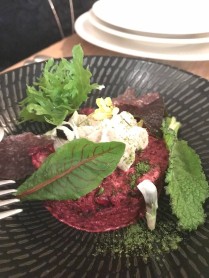 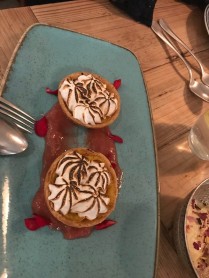 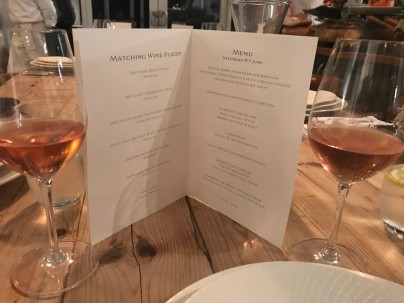 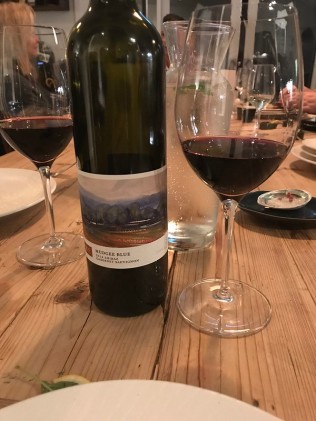 The terrain and layout of Mudgee’s wineries to the north of town allowed us to arrange our own transport of self guided mountain bikes. We picked them up at Pieter van Gent winery. This dutch heritage cellar door looks like something from Napoleonic France. Cobwebs, large French Oak casks – a very earthy homely surrounding. We would enjoy the wine here when we got back with the bikes. 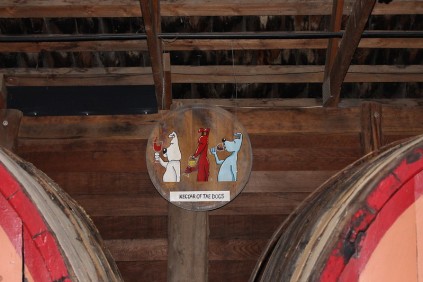 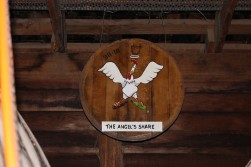 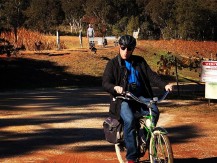 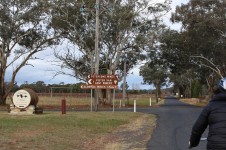 We spent the day cycling around a number of wineries, with a makeshift smorgasbord lunch thrown in as all the restaurants and cafes were full for the Queen’s Birthday weekend. Two of the more memorable wineries were Robert Stein and Farmers’ Daughter.

Robert Stein wines is the answer to the question – what do you get when you cross a viticulturist and a motorcyclist. The founder used to ride a 1928 Douglas to work in Sydney and has kept up his love of motorcycles with a small vintage museum next to the cellar door. A great way to spend some time while you wait for a whole busload of thirsty tourists to take their leave from the cellar door. 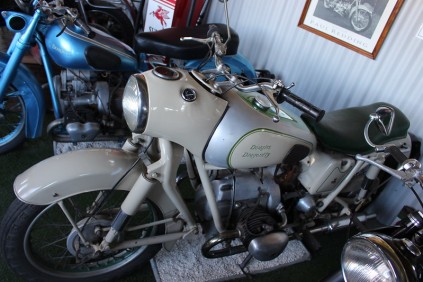 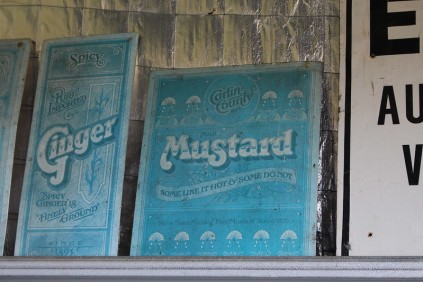 Farmers Daughter on the other hand was a little bit more laid back. You felt like you were in someone’s kitchen as two nice ladies let us sample their wares. There was an absolute bargain on some Rose that was accidentally bottled in red wine bottles. A move that spelt death for that batch of wine as it wouldn’t shift on the shelves.

After a “hard day of cycling” we headed back into town and to the only place worth going to for a lively evening – Roth’s Wine Bar. Since 1923 this has been the place to hang out in Mudgee Town and with a wine menu chock full of everything Mudgee and a pizza oven it meant for a great night.

There and Back Again…

The next morning we said our goodbyes to Mudgee and Wine Country. One last wander around the streets of this famous town and breaking our fast in a old Butcher Shop. 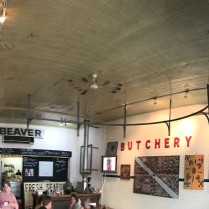 Making use of the car we had a few pit-stops on the way back to Hertz. South of the village of Capertee is Pearson’s Lookout. A vantage point 907m high and offering 180 degree views of Capertee Valley, the world’s second largest enclosed canyon and Wollemi National Park beyond. We also paid a visit to the Three Sisters at Katoomba and may or may not have visited the Chocolate Shop nearby 🙂 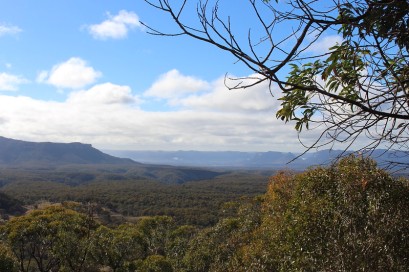 With the hire car returned there was only one more thing to do… get that boy a shave!!!

How red is that beard!