The Stopover Who Loved Me

Some last minute logistics meant that Karen would fly home a different route from John back to Sydney.

Karen’s Journey went smoothly. No delays, connections made, back before she knew what hit her.

John’s Journey? Well that’s a little tale all in itself.

EI-175 is one of Aer Lingus’s busier routes. It connect Dublin International Airport to London Heathrow. Plenty of traffic from business people to tourists using Heathrow as a hub to go to more exotic locations not reachable directly from Ireland. Total Flight Time is around the 1 hour mark and the average delay is less than 10 minutes.

On this occasion it was delayed by around 3 hours. That’s a long time in the crap part of Dublin Airport. The only punctuation in that time was when I bumped into Brian Kerr (ex-Ireland Football Manager) and his wife. They were off to Milan. It felt longer than 3 hours as the ETA of the flight kept jumping up 15 mins every so often to the point where it was looking impossible for John to make his connection to Australia.

Arriving in Terminal 2, there was a mad rush for the shuttle bus to Terminal 5 to try and make the flight. No dice. They closed the gate before we made it. Then a queue to get booked on the next flight that was 24 hours later. Ok no dramas but then I had to go to Terminal 1 to get the meal and hotel voucher and then my bags and then a bus to my hotel. Also this was all happening late at night.

About to let out the big sigh!

Much fun was had!

So not the best start but John now had a cheeky full day in London he didn’t cater for. What adventures could be had…

Just touched down in London Town

The Day began arriving into Liverpool Street station before a cheeky lunch with Klarkee broke up the day exploring the streets and taking in the sights and sounds of yesteryear. 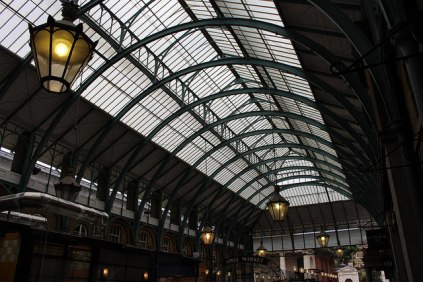 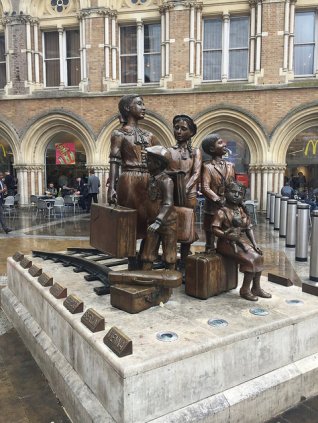 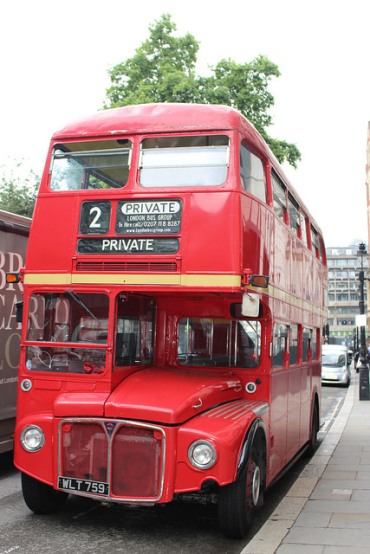 John spent some time around the Temple area, that was named after the Knights Templar and their effigy to Solomon’s Temple – Temple Church. It remained in various states in their hands up until the reformation under King Henry VIII, when the barristers took over. Their workshops and offices can be seen when walking up Middle Temple Lane. (You may recognise the lane also from the Third Act in Mission Impossible V). Continuing to the top of the lane you walk through a little hatch in the main doorway and onto The Strand and the Royal Courts of Justice.

After getting some shots of London Buses and Cabs he continued around to Russell Street. Nearby the winding streets stop and the space opens up to take in the central square of Covent Garden – one of London’s famous tourist sites and markets. It has come along way from it’s humble beginnings as a fruit and vegetable market mentioned in Sherlock Holmes and The Adventure of the Blue Carbuncle.

Back around the corner from Covent Garden is the London Film Museum. Having lived in london for nearly 7 years one would think that this museum would have been a second home to John. Not so. He had never set foot inside it’s doors. That is not until now. Now there was a very powerful force drawing him in – Bond In Motion: The Vehicles of the James Bond Universe. (After the release of Spectre in 2015 the collection was added to and moved here).

As you enter the front door your eyes are drawn to above the reception desk. Drawn to a curious contraption. As the synapses in your brain begin to fire in a more rapid fashion a question bubbles to the surface. 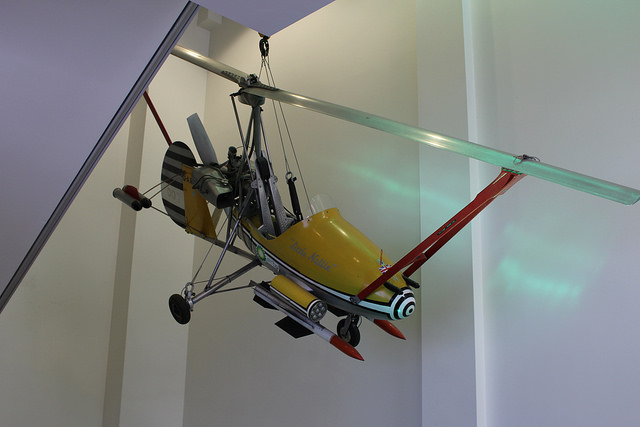 Before you have a chance to recover you are down the stairs and confronted with the black and yellow chassis of the Rolls-Royce Phantom III. It’s ownership is obvious when one checks out the numberplate – AU-1. This is the car that Gert Frobe’s Auric Goldfinger uses at the golf course and to smuggle gold across Europe in Goldfinger (1964)

It’s not the only ‘Rolls’ on display as well. The Rolls-Royce Silver Cloud II from A View to A Kill (1985) It’s in front of a diorama of the scene where Bond tries to escape Max Zorin’s goons after discovering the death of Patrick Macnee’s character.

And finally there is the more recent edition of the Red and Black Rolls-Royce Silver Wraith from Spectre (2015) This one is a 1948 model and was used to transport Bond and Dr Swann from the train station in North Africa to Blofeld’s desert hideout. 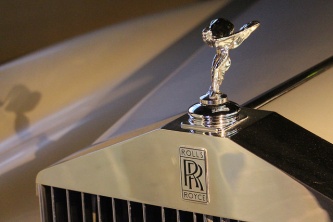 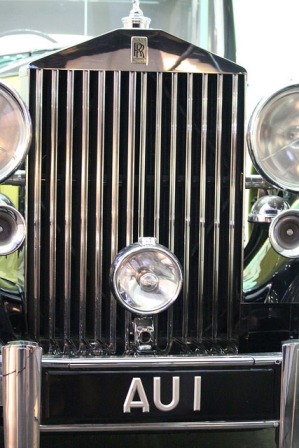 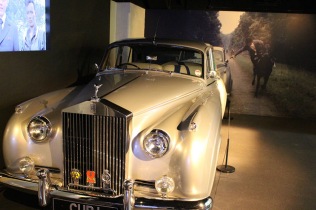 The original Bond car was there as well the Aston Martin DB5 alongside a video and mannequin of the original James Bond himself – Sean Connery. 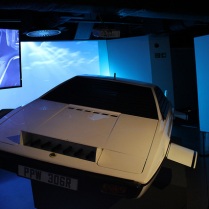 Pierce Brosnan took over the role with 1995’s Goldeneye and his incarnation of the character drove a variety of BMW cars up until Die Another Day (2002) where the Aston Martin returns, this time the Aston Martin V12 Vanquish. 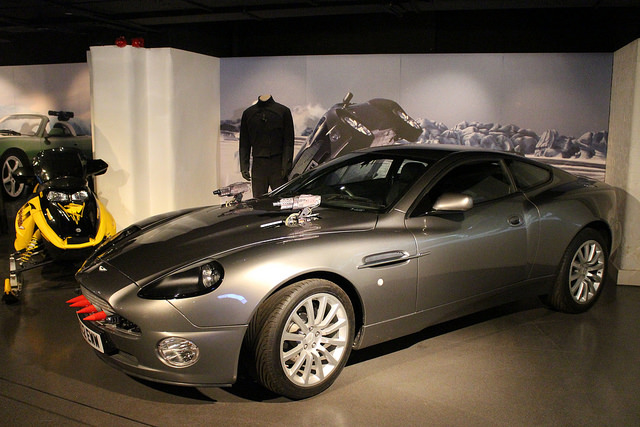 In amongst these sleek beauties were a menagerie of vehicles of all types. I wonder how many you recognise?

The Stunt Car from The Man With The Golden Gun

Small Jet from the Opening Sequence of Octopussy

Zao and his Spy Car

Blofeld’s Mini-Sub from Diamonds Are Forever

Dune Buggy from Diamonds Are Forever

If cars and boats do not take your fancy there was plenty of other props, drawings and posters to fill your imagination and take you back to your favourite Bond films and scenes. 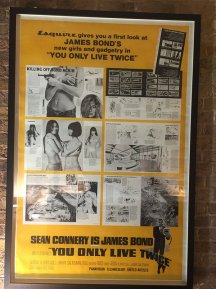 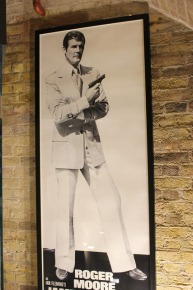 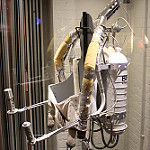 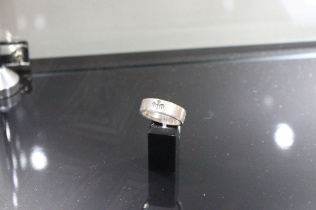 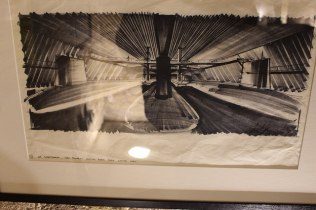 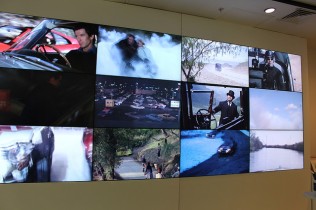 Everyone has a favourite Bond film. For some it is a constant choice and for others it ebbs and flows with time and reflection. My favourite James Bond portrayal is that by Timothy Dalton. His coolness and ‘devil may care’ attitude perfectly reflect the man in Ian Fleming’s books.  Sure Connery charm and Moore’s playfulness with the role attract more fans but Dalton does it for me. Brosnan a close second. To that end my James Bond car is the Aston Martin V8 Vantage Volante from The Living Daylights (1987). It looks amazing, has some of the best gadgets and as this short clip will show – delivered when it counted.

A rushed but amazing bonus day in London. The James Bond Exhibition was an absolute gem and well worth the price of admission. But no tears for London as Sydney awaited and so did Karen 🙂