Florence and the Marines

Another early morning start for J&K with a 6.30AM pickup. As alluded to in our first Darwin post, one of the key attractions to the city is it’s proximity to a heap of National Parks and wildlife.

We decided on a Day Trip to Litchfield Park as it was close enough that we would spend more time exploring and less time on a hot and sweaty bus kicking up dirt on the roads.

Along the way we witnessed first hand the phenomenon of the bush fire. Spear Grass burning while all the trees around it remain intact. 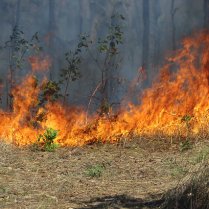 Our first stop was to the mighty Adelaide River. Rising in the nearby Litchfield National Park, this river system flows down to the Timor Sea over a 238km course. As rivers go in is quite ordinary. It’s the inhabitants that brought us here for the river is crawling with Saltwater Crocodiles (‘Salties’). It’s also home to a few shark species – such as Bull Sharks and the endangered speartooth shark. All around the water it plays host to numerous birds. 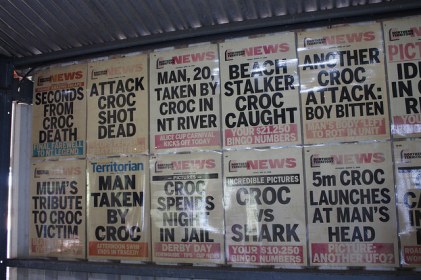 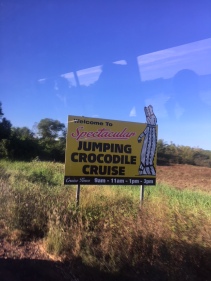 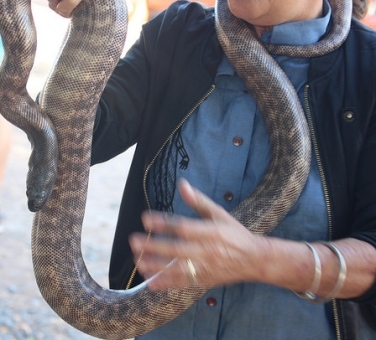 We had around a 20 minute break between bus and boat so we spent that time drinking some ‘ok coffee’ and some of us got the opportunity to handle a snake. After that it was onto the boat and out into the unknown. The geography was stunning and at parts it felt like we were in Apocalypse Now, the wide expanse of river meandering around forests of trees and long grass. The anticipation that there could be some tribe hiding a spear throw from the boat.

The Crocodiles here are very territorial, with each km stretch of the river spoken for by one of the Salties.  We thought we had seen some big beauties up in Queensland but that was nothing compared to what we were about to witness. None of them are like Brutus.

The 80 year three legged crocodile stands at 5.5 metres long. Razor sharp teeth and claws and the vacant stare of an apex predator. When he is looking at you, and he IS looking at you, it is no match. He will eat you!!

He has also been recorded eating a shark. A shark!! And he is not even the biggest one on the river. That is Dominator who is 6m long. 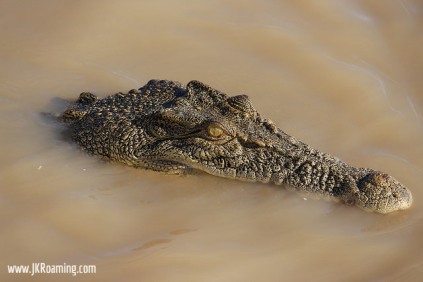 The Crocs are not the only ones vying for our attention that day. Throughout our early morning trip along the Adelaide River we saw all manner of birds from the tiny and colourful Rainbow Bee Eaters, the not-so Little Egrets  and the unique Black-Necked Stork.

We also saw our first wild Red Tipped Black Cockatoo though he was too fast for our camera lens. 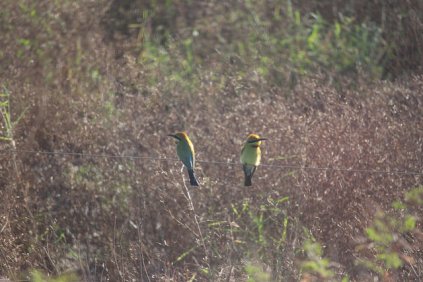 Yet all of the above paled in comparison to the main occupants of the air above the river.  The Whistling Kite is a medium-sized raptor but there is nothing medium about their aerial abilities as they swooped down and around the boat as we trudged along. We got a full -on performance after feeding the crocs. The speed of their attacks and the combined Whistle (hence the name!) sound they make was an amazing spectacle to witness. 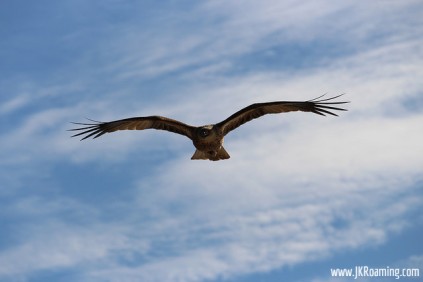 With the Adelaide River cruise complete it was back on the bus and into the National Park of Litchfield itself.

Located 120 Kilometres south of Darwin by road / gravel track, this 1500 Square Km area is the same size of County Leitrim.

It was named after Territory pioneer Frederick Henry Litchfield who was part of the first European Expedition to visit the Top End by land in 1864. He led a small group to explore the Daly River and surrounds in September 1865. 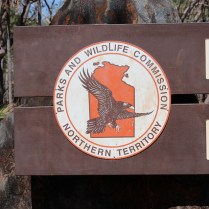 Lots of early mining in the region with Tin and Copper beginning it all the way up to Australia’s first Uranium Mine in 1950 at Rum Jungle on the Eastern Boundary of the present day park. Rum Jungle was an interesting name so we asked our guide about it at the next break.

A thief, in the guise of a roadster plied some unsuspecting gold miners with rum before robbing them of 750 ounces of gold. The thief was eventually caught and the gold recovered. So Rum Jungle was the name given to that part of the world.

Wildlife includes Australian staples such as the Kangaroo, wallaby, possum, dingo and flying foxes. There is also a cave that contains the rare orange leaf-nosed bat and Ghost Bat.

It also plays host to hundreds of bird species, magnetic termite mounds called Cathedral Mounds. Some of these up to 100 years old. Formed when colonies of flying ants depart an existing mound and setup a new colony and, being the NT, crocodiles.

Litchfield is essentially a large tabletop sandstone plateau which supports all manner of flora including monsoon forests, lilies, orchids, paperbark and swamp bloodwoods. Water pouring off the top of the plateau creates amazing waterfalls and due to a quirk in nature – they will flow even in really dry conditions.

They were the main reason we were here and we would get the chance to visit the following ones that day: 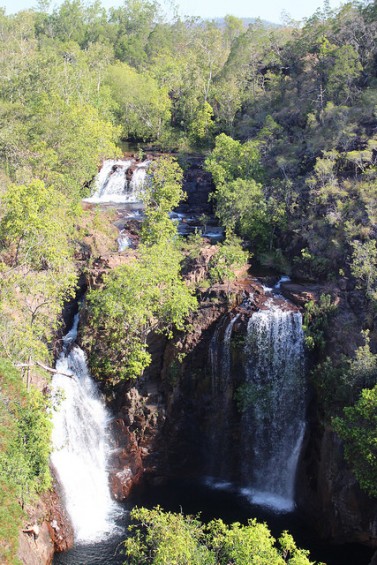 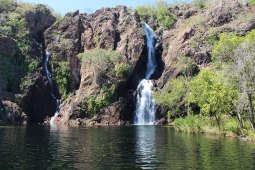 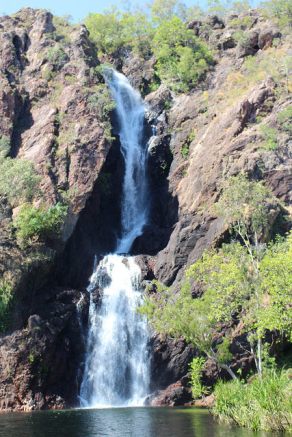 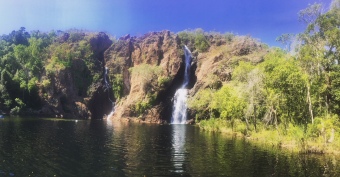 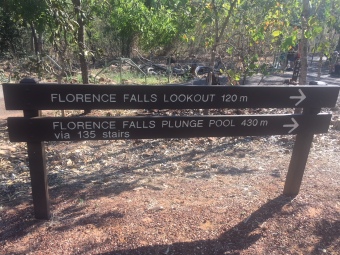 After a few swims in the lagoons and a few waterfall showers  it was time to dry off and have some fruit. Our guide had concocted huge platters of apples, oranges, melon and all sorts for us to gorge on after our water activities.

Then it was the worst part of the whole day. Hoping to beat the dusk with a long paced drive back to Darwin we quickly left the park and headed back on the highway.

The only shining light ahead was not the fading sun but that we would not be going straight back to the hotel but somewhere else. Find out in the next post…