Well tell everyone except for Cameron, Emmet and Emma Rose who were completely in the dark about the impending arrival of their big brother John. After 18 months away we would be reunited with our friends and families back in Scotland/Ireland for a wee visit.

But first we had an incredible journey…

Our Jordanian Uber driver arrived to drop us to the Airport. With a $25 First Ride Voucher this would turn into a very cheap fare for us.  He was great company for the start of our trek and regaled us with tales of his hometown of Annan and the wonders of Petra. It seems we were not the only people missing home

Standing in the queue for our first flight – Etihad 6541 to Abu Dhabi. This first flight would bring us to our most easterly point since our travelling began back in January 2014. Like an Etch a Sketch we had wiped out 18 months of Westerly progression – flying back over Indonesia, Malaysia, Singapore and India on our way to the Middle East.

Gyoza and Chicken Katsu Curry ordered at the Japanese restaurant in departures and first Selfie of our trip. Let’s see how we hold up…

Half an hour through our first flight and the Entertainment System started playing up. John was watching Die Hard and it kept going back to the start. This issue would happen for another 2 hours and was not a great start to the journey. But things got better when Karen’s Gluten Free meal arrived and we both managed to get some serious movie watching in – although Karen wasted 2 hours watching The Notebook!

Our next  the connection – KLM 3949 to Amsterdam, Holland was departing from Gate 44. As we neared the gates we heard  a final call announcement. In a state of disbelief we ran towards the gate only to pull up at the last minute as we realised that the final calls were for the earlier flight from Gate 44 – to Tehran.

We then collapsed in a heap on the seats and having a good laugh about our near-miss – joking that we would have to get Ben Affleck to infiltrate Iran and get us out! Time for another Selfie… 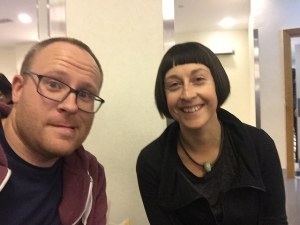 We would now be heading back to Europe and to one of it’s busiest airports – Schiphol in Amsterdam.

Eyes very heavy we both fell asleep instantly on the flight to Amsterdam. Karen slept for most of this flight but John was awake within a couple of hours. The Movies were a different selection on the KLM flight so there were a few more choices. The food was not great on this flight but our stomachs and time zones were all over the shop at this point that it did not really matter.

Landed in Amsterdam.Well and truly banjaxed at this point (This is an Irish expression which roughly translates as being ‘really tired’ or ‘not in a fit state’. We quickly saw to our immediate needs – Toilet, ATM and Coffee (in that order) before taking out last Travel Selfie.

In a drunk like state! And John’s beard is starting to show!

It felt weird using Euros again. With all the bad press we had heard in Australia we wondered if they would even exist when we got back.

Our chariot awaits. This Green beauty taxied right up alongside us… 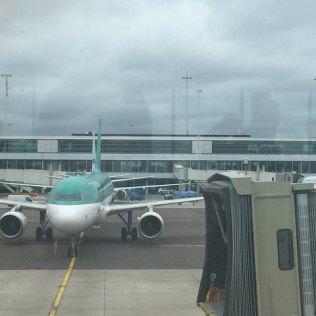 Boarded on our last flight. The small hop over to Cork or as Karen describes it ‘The Longest Hour Ever!!’. Comic relied arrived in the form of Karen’s neighbour on the plane who was only lapping up all the sympathy after telling fellow passengers he had been travelling for 26 hours continuously from Sydney – Bless! 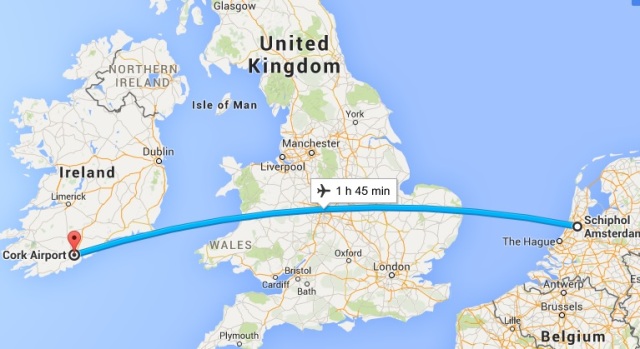 A unique experience it is indeed – to land in Cork from Amsterdam. Almost everything else is the same except for one change. We were greeted by ‘Scruffy’ – the drug dog and asked to help her sniff our bags. Once a day scruffy is wheeled out to inspect Corkonians and Dutch tourists alike as they arrive from progressive Amsterdam.

Mom was waiting outside for us and there was only one more hoop to jump through – Customs. We dodged that bullet by being overtaken by an Irish couple with 4 hard suitcases full of shopping who attracted all the attention while we sailed through.

We said that Mom was outside waiting for us – but that is forgetting the fact that she had earlier worked out a way to peek down at us from outside. There would be no catching her out this time!

Back in Ballinacurra and it was good to see that it had not changed much. 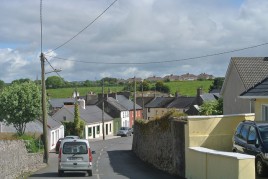 We took John’s Brother Emmet by surprise as he was still in bed and after some breakfast we were forced to stay awake as there was a very special person to surprise in a few hours time – John’s wee brother Cameron, who was not finished school until 4pm.

Our plan was simple. Karen and Conor would be armed with Cameras whilst John (in disguise) would jump into the back of the car and catch Cameron unawares.

The execution was flawless and he was completely surprised. 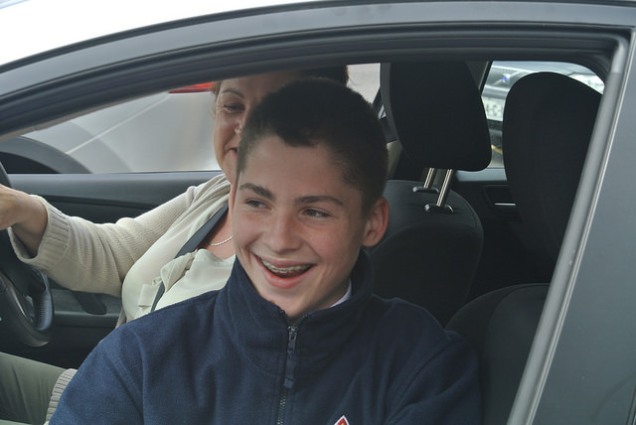 ← Year of the Kangaroo
Two households, both alike in dignity →