While living in Australia, we made a pact to see and do as much as we can…back in October we started researching events in the next 6 months close to Sydney. A few google searches led us to the Melbourne Grand Prix, with racing blood in the family we decided to get some Grandstand tickets for the final day.

We flew down to Melbourne after work on Friday, giving us a full day on Saturday to chill and enjoy a few tourist stops.  After a hearty breakfast we headed to the Immigration museum back in September we were refused entry as it was near closing time. This time we went bright and early. In hindsight it was for the best we were refused entry last time as we spent almost 3 hours exploring inside. Timing is everything, a newly open exhibition about Scottish immigrants had just opened we enjoy endless interviews of ex pat Scots. 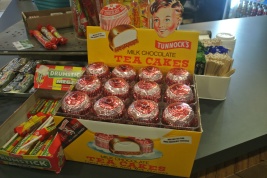 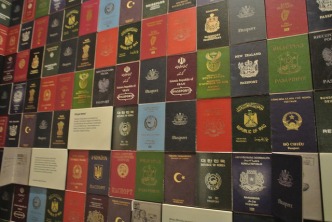 This was a fantastic museum which we highly recommend, extremely interesting as after all Australia is an immigrant country.

It was now time for lunch and there is only 1 place to go in Melbourne, the Queen Victoria Market. One beetroot based GF Pizza and a roll were on the menu. Nothing beats the Queen Vic for lunch. We took a stroll around the center of Melbourne to work off lunch before heading back to The Fitz in Fitzroy.

We had company for Saturday night in the form of Cristin and Mark from back home. (Cristin’s sister is dating John’s brother!) they showed us a different side to Melbourne – speakeasy bars! We started in The Berlin Bar – a themed bar divided on the old East/West divide. We had a choice between the glitzy blingy West Berlin Lounge with leather seats, shiny tables and diamante everywhere or the gritty urban jungle of Communist decor East Berlin with bathtub seats and Charlie Chaplin’s The Dictator on a looped projector. No choice really. 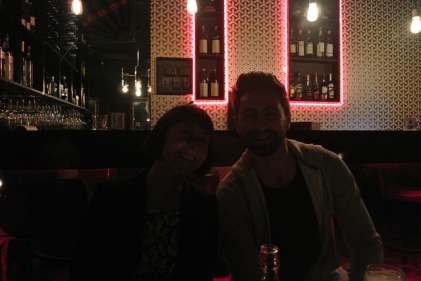 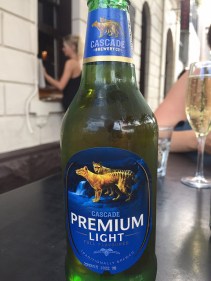 After some food in Vapiano’s we went to the Gin Palace to finish off the night. An underground dive of a place but with more bathtub seats. As someone once told us about a dilapidated hut – “It’s got character” – That’s the Gin Palace.

To recover from our revelries we went for breakfast at the nearby Hammer & Tongs Cafe and treated ourselves to some really good nosh. John felt adventurous and ordered something with an unfamiliar name that included a labna spread. As soon as the waitress had taken the order and left he promptly googled ‘labna’! 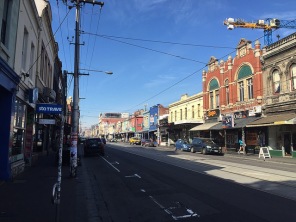 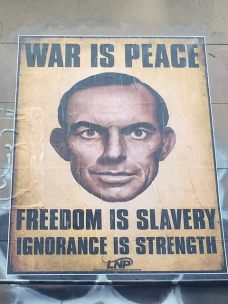 Now onto the main topic – The 2015 Australian Grand Prix. The first race on the calendar and also our first Grand Prix experience. To get down to King’s Park was a simple tram ride from Fitzroy and we got there early enough to stake out a place at Turn 5. As this was the fastest turn on the circuit we would be in for some really good action and get to see the V6 motors showing off.

What we didn’t quite realise at the time was that it’s not simply the F1 cars that are on show here – there are a whole plethora of activities. The early morning hours were taken up by Classic Car Racing and a procession of vintage Ferraris before it was time to take out the earplugs for the V8 Supercars and their extremely loud engines.

As lunchtime approached Karen didn’t fancy the look of the chip van style catering so John was promptly sent back out into the outside world to try and secure some edible lunch. He almost didn’t make it back in as the stamp he got for re-entry was really bad due to the old codger of a Steward. Common sense prevailed when he recognised the Irishman from earlier. It was just in time too as the overhead aerial display was about to happen. 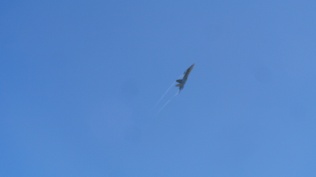 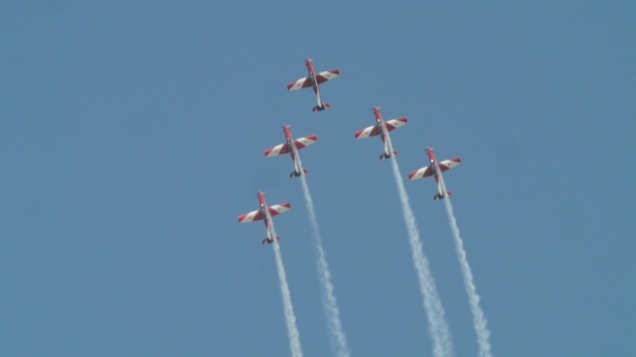 It was quite a dichotomy in the air above Melbourne. First we had a majestic F-18 Hornet from the Australian Air Force performing barrel rolls and crazy ivan maneuvers before Qantas sent up one of their 747 Jumbo Jets for some less graceless but entertaining flying.

But now onto the main event. First race of the season with lots of sub-plot; Hamilton vs Rosberg, Vettel in a Ferrari and another Verstappen on the grid! The drama began early with Montoya departing on the procession lap. We got a close-up with the new Ferrari when Raikkonen had to retire at Turn 4 and John pegged it to get some pictures. All the way through the race the local fans cheered on Daniel Riccardo in the Red Bull. 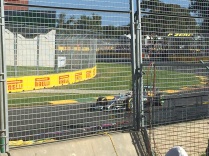 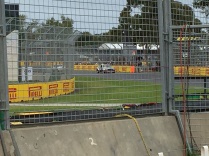 In the end the man on pole position won the race – Reigning Champion Lewis Hamilton taking the chequered flag. We tried to get close to the podium at the end but only made it to the pit lane due to the crowds – but at least we got our photo at Turn 1!! Rosberg made it a 1-2 for Mercedes with Sebastian Vettel taking his first podium in a red car! 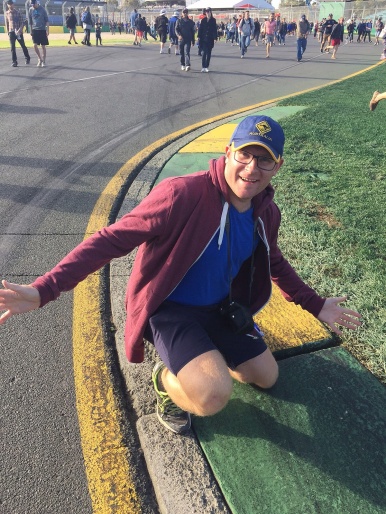 Such a great weekend in Melbourne and a lovely day in the sun with high-powered race cars.