After 12 months on the road we had worked out some strategies to make the commuting days less stressful and to pack in as much as possible on our journey.

With a 180km drive between Hobart and Launceston in store we decided to take our time and add some stops along the way. You can read about the first of these, our trip to the Cadbury’s Chocolate Factory here.

One of the most direct routes between Hobart and Launceston by car is to take the Midland Highway, which cuts Tasmania into two pieces and we would pass some breathtaking scenery throughout the day’s drive. Similarities to the Scotland/Ireland countryside were in our minds while we drove

The Midland Highway has another name, one which betrays it’s main purpose as a storyteller of times gone by on the island – The Heritage Highway. 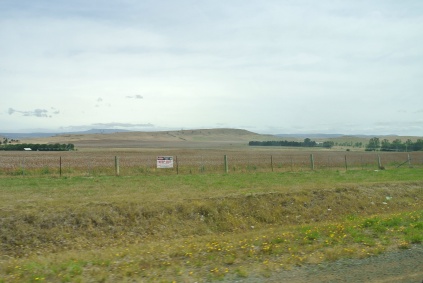 First tracked out in 1807 by Surveyor Grimes and it was not until 1821 that Governor Lachlan Macquarie decided to layout the plan to build settlements along the highway – which at that point was little more than a track.

As we drove up from Hobart we passed exotic names like Bagdad, Mangalore and Jericho before we made our first pit stop in a town called Oatlands – population 540.

Located on the shores of Lake Dulverton this very sleepy town has the distinction of having the most sandstone buildings of any settlement in all of Australia – almost all of them built by convict labour and 87 of them make up the town’s main street. It is also the home of the Carrington Mill. 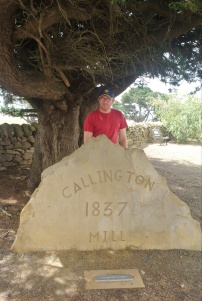 Of particular interest was the St. Paul’s RC Church which was designed by Augustus Welby Pugin. Interesting because he also designed the building in Midleton that became the Roses Coach Inn – John’s family business for a large part of his childhood.  He also designed the Westminster Houses of Parliament in London as well (So many connections!!)

The biggest surprise – and an absolute hidden gem – was the TKO Bakery (part of the Kentish Hotel). From the outside it looks like any other small town establishment – but once you walk inside the door it is like Aladdin’s Cave. The treasure in this story being movie memorabilia. After a few minutes you come to realise that one man in particular is the featured topic of collection – Tasmania’s own Errol Flynn. 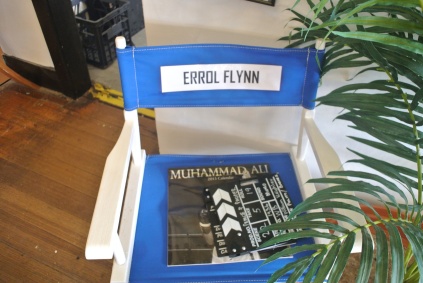 And the quirky nature of the bakery has spilt over into the adjoining bar and toilets with a very Planet Hollywood feel going on!

It was back on the road soon enough and as we checked the map we saw that there were two towns close to each other – Ross and Campbell Town. We would have to choose which one to stop in as the clouds got a bit ominous and it wouldn’t do to be stuck in the potential rain.

There was a lot of choice in Campbell Town as it is the main staging post between Hobart and Launceston. It certainly had more restaurants than what was needed to support it’s 700 odd population. 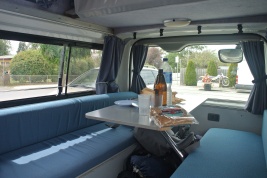 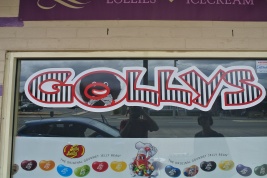 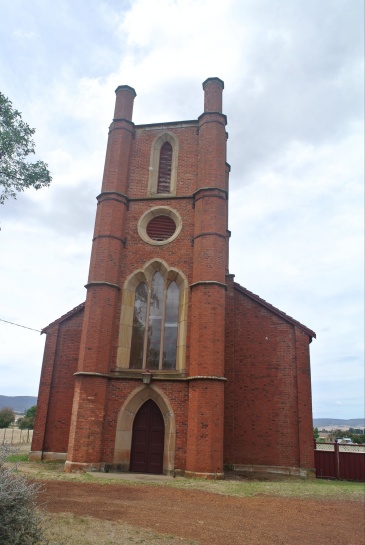 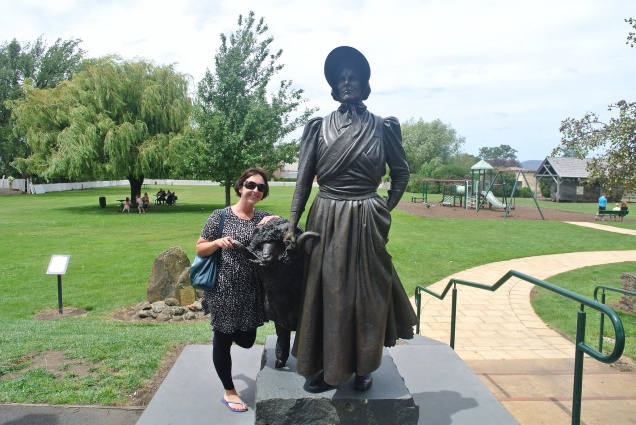 Keen to maximise our time here we had lunch in the van after finding parking next to town’s park. It was here we came across an intriguing statue of a young woman along with a ram. The woman’s name was Eliza Furlong and her tale was that she was one of the pioneers that introduced Merino sheep to Australia. The interesting part was that she emigrated from Glasgow.

The last leg of the journey was only 40 miles and before long we pulled into the Camper Van site just outside of Launceston. As it was only around 3pm by the time we were checked in we took a wander into the town/city and scope it out.  While we pottered about the town Karen had the brainwave of booking a wine tour in the nearby Tamar Valley. With that in mind we went to the local tourist information office to get this sorted.

The Tourist Information Offices in Australia are some of the best run local businesses we have come across and we have always tried to book tours and accommodation through them. That said they are staffed by some colourful characters. In this instance the lady taking our wine tour booking said in response to John saying that he was Irish …

To be sure…To be sure! Ha ha. We don’t get the opportunity to say that as we hardly ever get Irish customers!

With our tour booked for the next day to the celebrated Tamar Valley we headed straight to one of Launceston’s main attractions to end the day on a high – The Cataract Gorge. 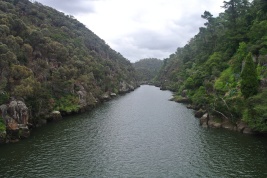 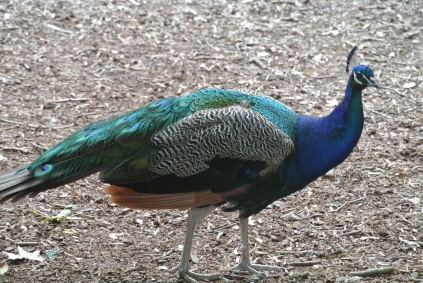 This natural river gorge has become a popular tourist destination since volunteers built the walkway parks in the 1890s. We took this King’s Walk and explored an area that included a suspension bridge over the Trevallyn Dam and we spotted a nice looking swimming pool that we would have future use for.

That evening we had (yet another) barbecue and watched some Breaking Bad episodes in the van. 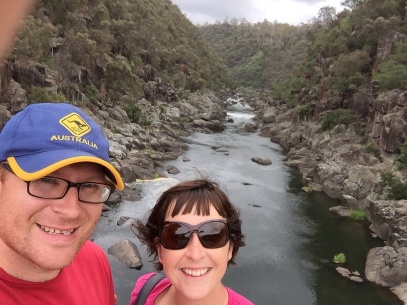 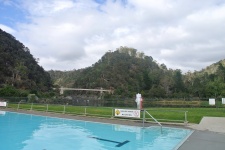 With a 12pm pick up for our Tamar Valley Wine Tour we decided to go back to the pool next to Cataract Gorge and have a lazy pre-breakfast dip.