Luckily (for John) it was raining so we were able to enjoy another museum. This time we would be checking out the ACMI (Australian Centre for Moving Image) in Federation Square

First things first. This museum is FREE! There was a pay for exhibition surrounding DreamWork’s history of Animation but we are backpackers so the free stuff would have to do.

It was more than enough!!

The Museum was established in 2002 and acts as the ultimate depository of the Moving Image in all it’s forms.In 2008, ACMI set a new world record for attendance to the international exhibition Game On, surpassing the previous figure held by Chicago’s Science and Industry Museum. And, in 2010, attendance records to ACMI were broken during their presentation of Tim Burton: The Exhibition.

We began our tour in the Video Game section. This was full of classic video games and consoles which were all playable, there was even a Nintendo Entertainment System (NES) with Super Mario Bros 3 in the cartridge slot. Add to that terminals to try out Doom, Pacman, Mario Kart and Tomb Raider this tiny exhibition was worth coming to Melbourne alone for. 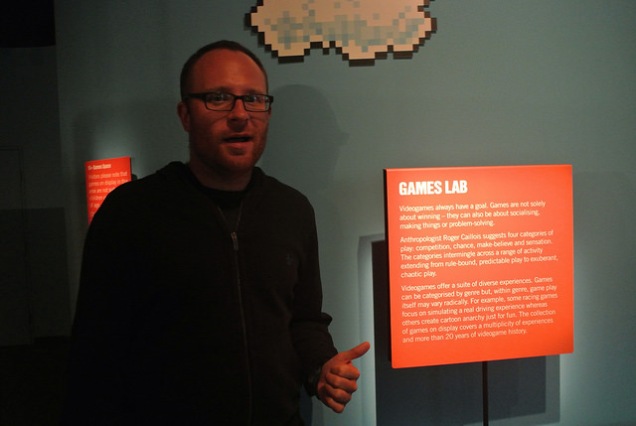 Moving on from this was a section on film and tv which contained a lot of nods to Australian Cinema with exhibits for Baz Luhrman, Crocodile Dundee and the car from Mad Max. 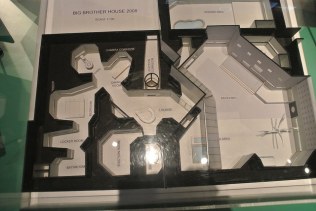 Finishing up the permanent exhibtion are a series of interactive stations. One of these was a time-slice capsule that creates an image similar to the ‘bullet-time’ effect from the Matrix. Hugo Weaving himself has been in to try it out!. John had a go but the email has never arrived with his picture 😦

There was also a zoetrope (elaborate optical illusion) that contained the characters of Ty the Tasmanian Tiger – a popular Australian videogame series.

In the movie theatre there was a showing of David Rosetzky:Gaps., a local visual artist who uses film to discuss his ongoing exploration of personal identity and the relationship.

The Centre also has a bunch of full movie theatres and a permanent digital library of important films, documentaries and programs.

We had such a great time here that we had built up quite the appetite. Heading back to Fitzroy we decided to walk the short – distance to Lygon Street – Melbourne’s version of Little Italy.

A few tree lined streets make up this suburb – all lined with Italian restaurants with one common theme. The guys outside are the biggest hustlers ever to get you in the door. It would be safe to say that the entire cast of Goodfellas was employed in this most important of jobs here. The amount of times we heard “an offer we could not refuse” or other such cliches was hilarious. 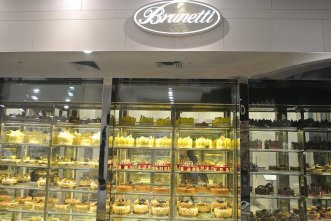 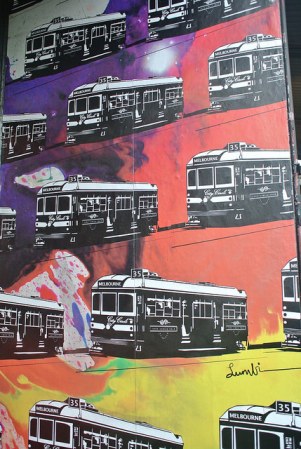 But Little Italy is more than just this – it has Brunetti. The first and last word in extravagance. You literally put on calories just by looking at their cakes and ice-creams. Trading since 1985 the Angele family have been serving dreams here.

Filling in the gaps between the restaurants are numerous Gelateria, shops and the Museo Italiano which tells the story of Victoria’s Italian community.

Snuggling into bed that night, all John could dream about was that famous Italian plumber!

← Walk this way!
The Librarian →