We had had a very small taste of life in Fremantle before our road trip south. Luckily we had the opportunity to spend a lot more time there on our way back from York. The main reason was the enormous generosity of Karen’s friend Eilidh who lived there. 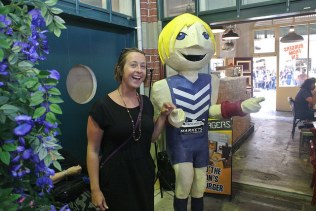 It was nice to be part of a home after so many months on the road. We really enjoyed normal life, including walking the dog, cooking in a real kitchen and blethering on the sofa.

We took advantage of our situation to strike out and explore. It was quite sunny on our first day so we went out to Scarborough Beach in the North side of Perth, as we would have to take ‘Little Bandit’ back to the Avis office. Our last leg of the journey was navigating Perth’s harsh one-way system.

Scarborough Beach is not only English-named but is home to a huge number of English Ex-Pats, nearly 3,500 of them!  It’s a beach and entertainment district with a lovely seaside walk and a beach that’s got plenty of waves for surfing. The atmosphere during the day is a bit chilled as it’s mainly a night time party area. 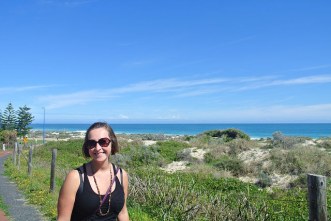 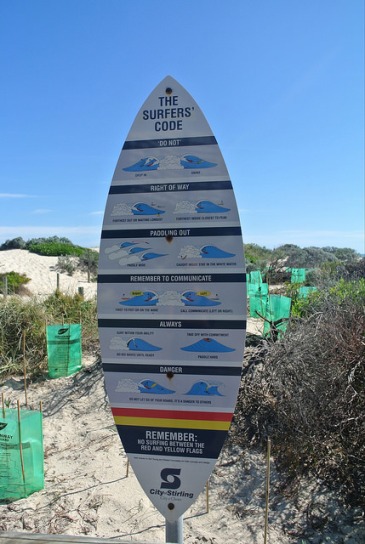 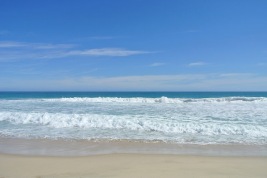 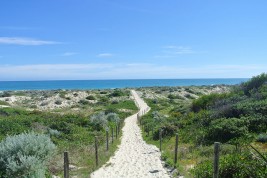 The limit of an 8-Storey height is a legacy of the Rock of Ages storyline that played out here in the that pitted an evil property developer versus a little fast-food restaurant. This means the beach is nice and doesn’t look like Santa Ponza.

That night over dinner Eilidh sheepishly asked us a huge favour.. she needed two more players for her Trampoline Dodgeball Team the next night.

Of course we said Yes!! This was the best thing ever. Hilarious. Karen was sold on the idea as it was described as a “Grown Up Jump for Joy!”

So you lot are wondering what this is?

Here is an introduction video of what we basically did.

The venue was a place called Bounce and in between matches we had a shot on the big kid’s trampolines and tried to get the hang of it. One of the teams in the League were dressed with matching, wrist, head and belt bands. They were last season’s champions are were basically Ninjas. 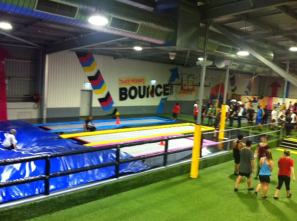 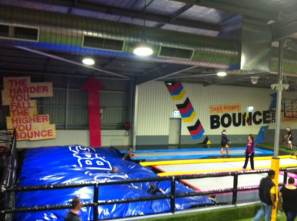 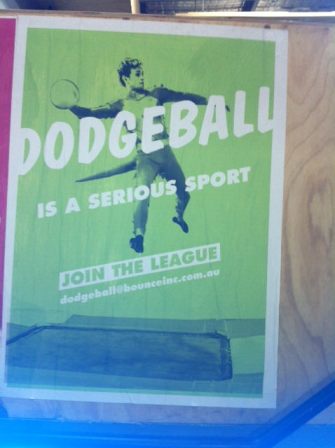 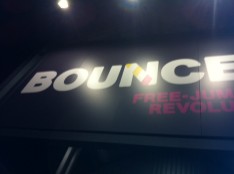 We managed to draw the tie against our ordinary opponents 4-4. At one point in a match John was outnumbered 6-1 but brought it back down to 3-1 before being eliminated. A brave stand. Karen was also much better than she thought and is contemplating turning professional. 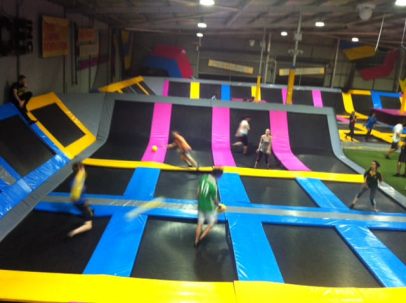 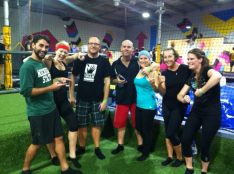 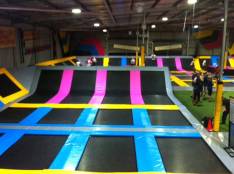 Another event that week was the Wednesday night ritual. Some of Eilidh’s girl pals came over, eat fajitas and watched a programme called Wonderland. This is a romcom that makes normal girls scream at the television and ask John, who had to attend, “why guys are like that?”

We were definitely part of the family this week