After 7 months in Asia we had missed cheese, chocolate and wine. Thankfully we were in the best region of Western Australia to get our fix- Margaret River. There are 150 cellar doors – wineries in a 100km area. Enough to keep Gerry Finn merry!

The region accounts 20% of Australia’s premium wine export. Not bad considering it was only in the 1960s when wine started to made commercially. It has never looked back!

The climate and soil of the Margaret River Region has been compared to that of Bourdeaux in France and this has allowed the industry to flourish here. In an interview a few years back, Australian Hugh Jackman said it was his favourite place in Australia. But enough facts here goes the post…

In order to allow us both to take full advantage of the wines of the region we opted for a tour.

Promptly at 10am we hopped on the bush tucker tour bus and were greeted by a friendly Italian Australian Silvano Constantino. He lived up to his Italian heritage, passionate about his wines and cheese, and with the correct amount of hand gesturing. 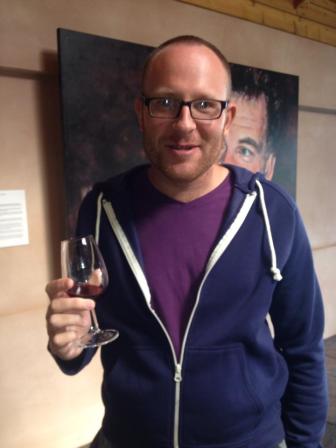 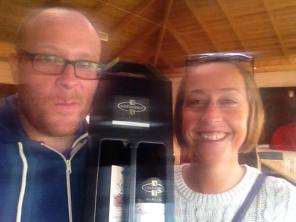 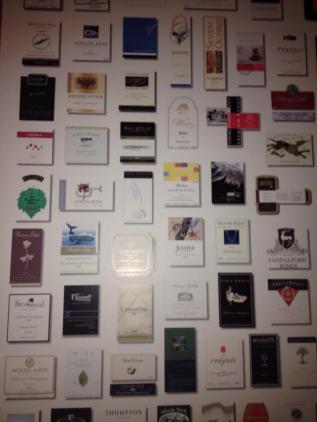 We had a fantastic day visiting 4 of the 150 cellar doors, the famous Margaret river chocolate factory, the dairy, a brewery and last but maybe the most foggy memory the Grove distillery.

The first stop Church View Winery set the bar with some fantastic whites. 6 tastings in and we went from buying nothing and save our precious money attitude to frantically completing our order form for the reduced Chenin Blanc.

A little merry we jumped back on the bus and headed to Adinfern. Started as a dairy farm before an economic downturn made them convert to sheep farming. Another economic downturn made them rethink and it was this decision that would transform them into a top winery. This would be the king of the reds. We surprising enjoyed the chilled the red fizz. Interesting concept but surprisingly tasty. It was here Silvano kept up the Italian hospitality by serving a fantastic antipasto lunch.

The day continued with more wine at Tassle Farm and even some mulled offerings to heat us up on a winter day. All this drinking maybe us hungry, no fear there were plenty of samples of yummy cheese on offer at the diary. The marinated feta was our favourite, so we had to purchase some. 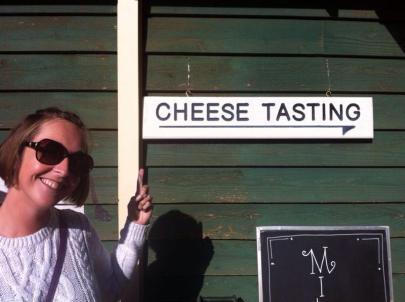 Next up was chocolate. Warning, I think the Margaret River Chocolate Company may have gone out of business after our tour group helped themselves to the samples. Our new friends, a group of Perth girls taught us all a trick- put a napkin in your palm and fill with chocolate- prevents it melting! Genius.

Last but not least was the Grove distillery. This was a mixture of high intensity liquors with low brow humour from the borderline racist old grumpy man! Karen liked neither so as John had double helpings the old man’s grumbling became a bit more tolerable. 55% Rum will have that affect! 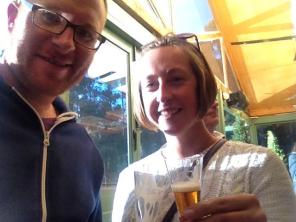 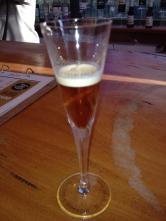 Such a fun day, thanks to my running buddies for the fab present.