Today would be dominated by one major activity – climbing Victioria Peak. Before that there was the slightly challenging task of booking some onward travel in China. We found the Mongkok branch of CTS Agency and helped ourselves to a ticket from the automated queue system. It wasn’t long until our number was called and we made our way sheepishly to the desk. Our initial unease was quickly dissipated and we were able to book our first two rail tickets in a few minutes. As reward for a job well done, Judit managed to sneak us in for breakfast at the Mira Hotel. This was by far the fanciest breakfast we have had in a long while. Judit, used to train us in the gym in Greenwich. We had really missed our sessions. She was keen to see how fit the new slimline John was so she sneaked us into the gym. We had a 40 minute intense session. It was great fun to be back training, we were surprised that carrying rucksacks and trekking had helped maintain our fitness. The biggest test was to come…the fat pinch- she had packed the calipers (thanks Fiona!)We were both down on body fat but John’s had almost halved. A life of a backpacker clearly suits him. 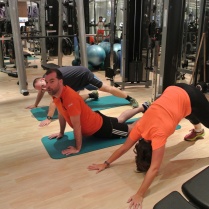 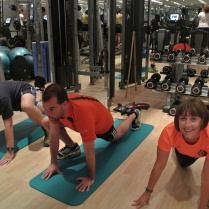 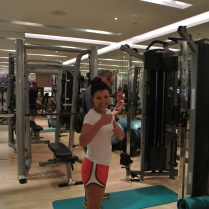 With the troops gathered together we started the long march from Nathan Road up to the summit of Victoria Peak. Anyone with a rudimentary grasp of Hong Kong geography will realise that this involves crossing the expansive Victoria Harbour. The best way to do this is by the Star Ferry, and that’s what we did. 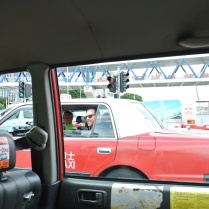 On the other side of Hong Kong we made our way to the beginning of the Morning Trail – a 2.5 km hiking trail up Victoria Peak. With the sun beating down on us this took some time but we were instantly rewarded with stunning views of the island and city. 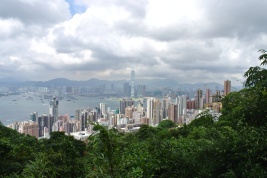 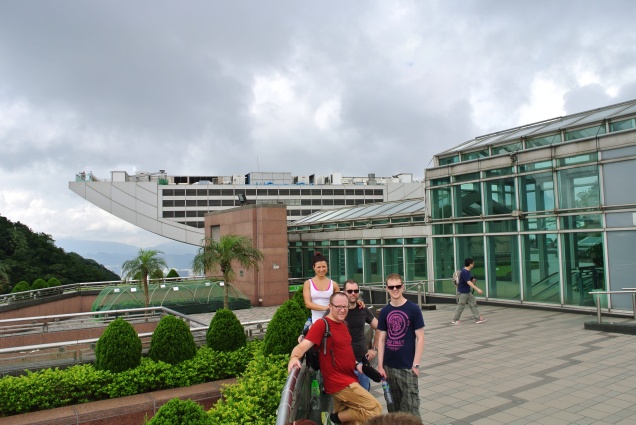 With an increased food palette we opted for Vietnamese for lunch before getting the rollercoaster No.15 bus back down the mountain side. The day ended with a lovely meal in the SoHo district of Hong Kong Island in a really traditional Chinese restaurant. We said our goodbyes to Judit and Richard afterwards over a few cocktails, we had a date with destiny the next morning – crossing the border into REAL China!!!

← Champagne, Nuns and Dim Sum!
In the Red Corner →