…and then a step to the right!

We had a whole week in Sydney to introduce Laura to our Sydney bubble before we headed to warmer climates of Queensland’s coast. After the weekend of fun, it was time for John to return to work and the girls to head to the outlets…Birkenhead Point for some retail therapy. We had a great day shopping and munching on chocolate covered strawberries. 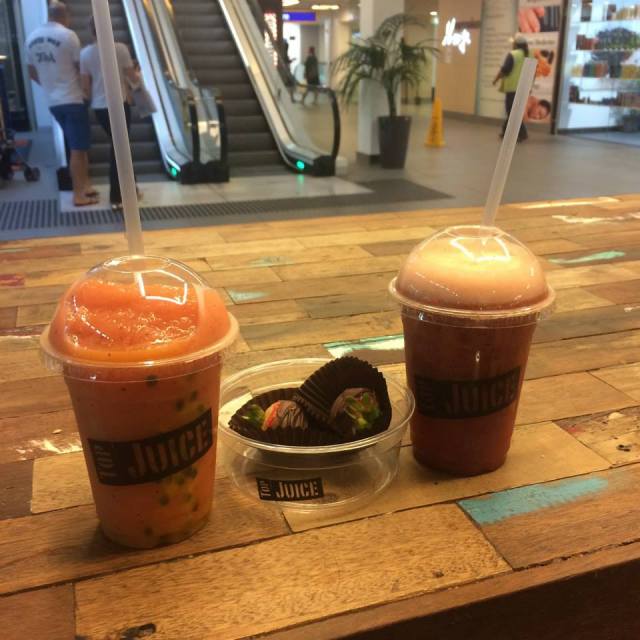 The highlight of the sightseeing was the famous Opera house tour. There was enough time for a stroll around the Royal Botanic Gardens and a few selfies at Mrs Macquaries Chair we headed to catch the tour. 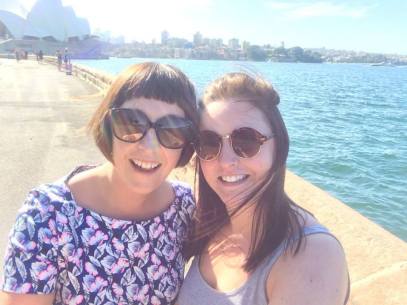 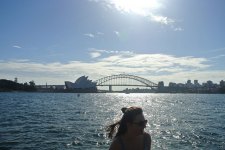 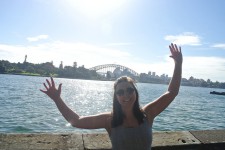 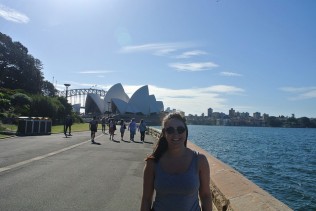 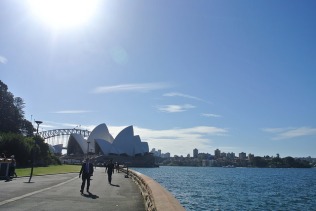 Opened in 1973 by Queen Lizzie, the Sydney Opera House is one of the most iconic buildings in the world. It also has an amazingly colourful history.The architect with the winning design, Denmark’s Jorn Utzon, not only resigned half way through (after a blow up with Prime Minister Robert Askin) but it was only by the ‘favour of the gods’ that his design was picked as the winner. According to legend the Utzon design was rescued from a final cut of 30 “rejects” by the noted Finnish American architect Eero Saarinen (famous for St. Louis’s Gateway Arch) 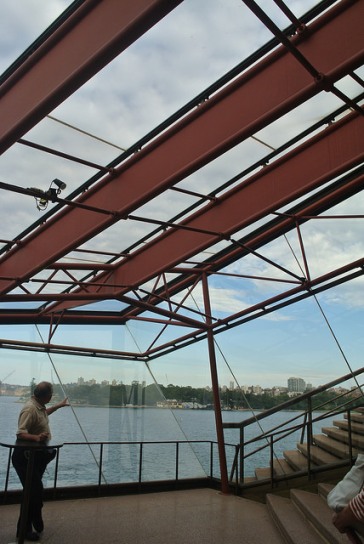 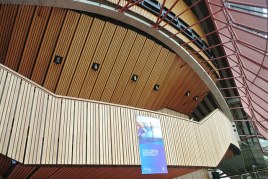 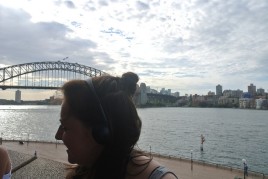 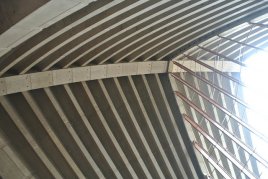 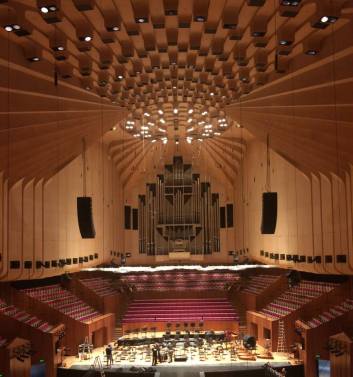 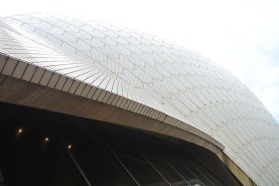 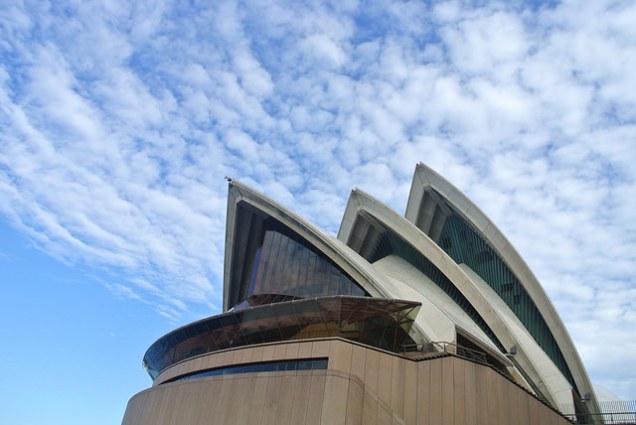 It was fun to learn, on the tour, that the Australian taste for gambling helped pay for the Opera House’s construction, fully paid off in 18 months and raising $105M (AUD) in total. The First Official Performance was of Beethoven’s 9th Symphony. Although the real first performances were impromptu lunch time concerts put on for the workers including some by American singer Paul Robeson who has the distinct honour of being the first major artist to perform on the site.

There is one beach, all tourist must go…Bondi Beach!! It was quiet mid week and we even managed to get a stretch of beach to ourselves for sunbathing before enjoying a leisurely lunch in icebergs. This swimming club is a famous landmark in the area and has a Club Constitution dating back to 1929 that is still in force. This requires all members to swim in the Winter – even in single digit temperatures!! With tummies full we strolled along the beautiful coastal walk to Coogee. The Bondi to Tamara stretch is very busy for a few weeks each year as it plays host to Sculptures by the Sea!. Passing the Tamara SLSC Clubhouse and made our way onto Bronte Beach. A section of board walk takes you past Waverley Cemetery, the most scenic burial ground in the world up to Clovelly Point and their bowling club.we highly recommend this beautiful coastal walk. 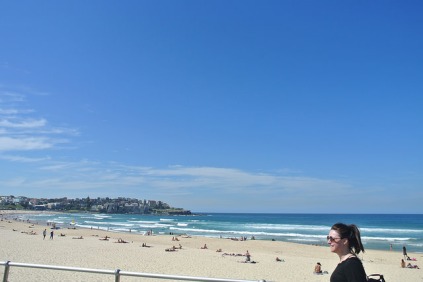 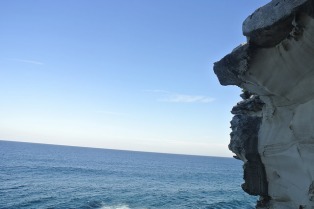 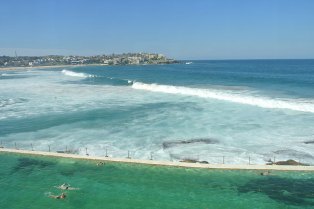 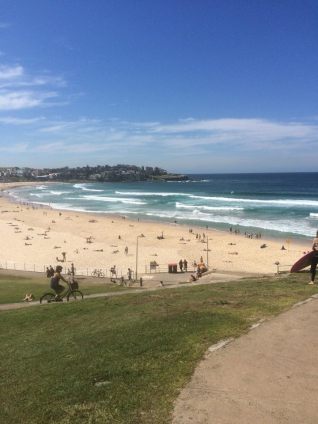 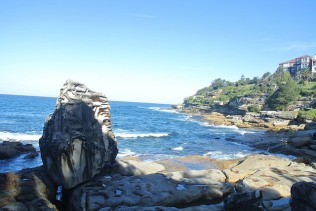 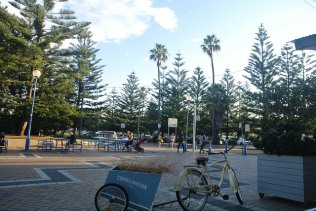 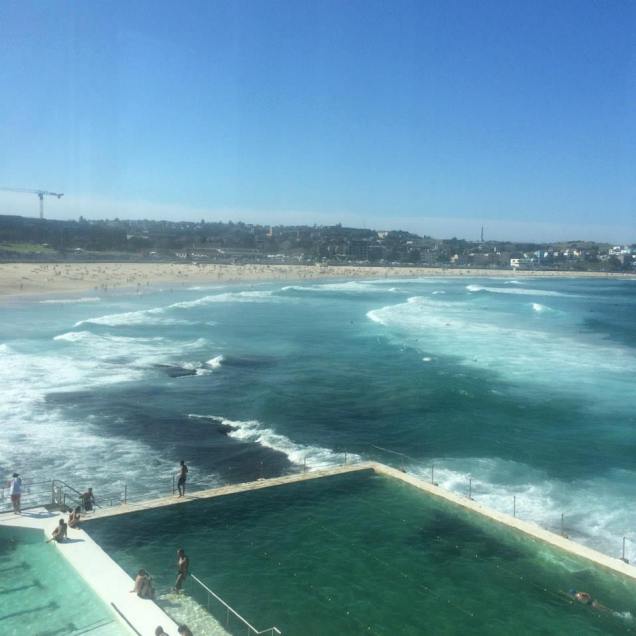 Keeping up the beach tour, later in the week we took the ferry to Manly- a 30 min journey from Circular Quay and a place nearby that feels like you are on holiday. Swimming and sunbathing on Shelly and Manly beach was the agenda and was almost completed but for the seagulls chasing Laura off the beach eeek!. 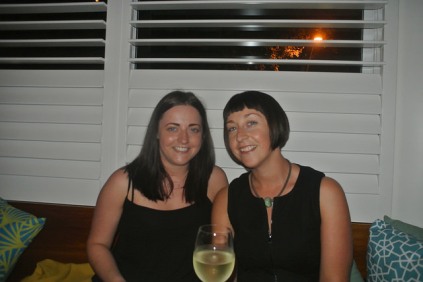 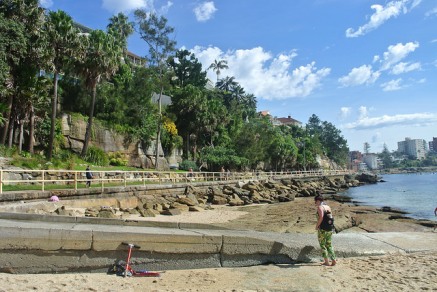 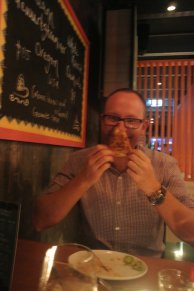 A few beverages before catching the fast boat home, taking in the views of Watson’s Bay, the Sydney Harbour Bridge and our friend the Opera House from various angles. As the boat pulled out of Manly Wharf we witnessed a home-made K-Pop Music Video. This guy is going to be bigger than Psy! 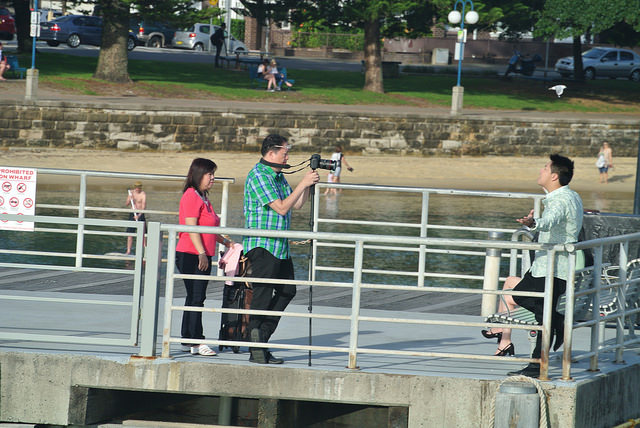 Oh and before we forget, we did a typical London thing and went to the Theatre. But we added an Aussie twist and got Choc Tops! We saw The Rocky Horror Show starring Craigg McLachlan at the Lyric Theatre.Such a great show! 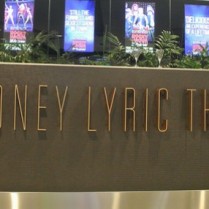 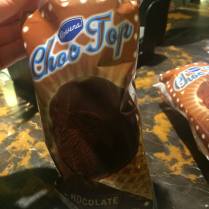 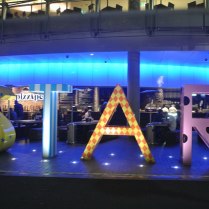 ← Weekly Photo Challenge: Colours of the Rainbow
An Island By Any Other Name… →